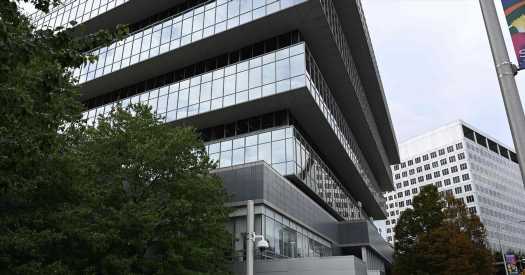 Members of the Sackler family could withdraw their pledge to pay $3 billion as part of a nationwide deal to address the opioid crisis if a bankruptcy judge does not block outstanding state lawsuits against them and their company, Purdue Pharma, Purdue lawyers said in a legal complaint.

Whether the threat is posturing or real, the move by Purdue, the maker of OxyContin, to inject it into the company’s bankruptcy proceeding could jeopardize the tentative settlement it reached last week with representatives of thousands of local governments that have brought lawsuits against it. Two dozen state attorneys general who have sued the company in their own courts have signed on to the agreement, too.

The $3 billion to be paid over seven years, plus another contribution the Sacklers would make with the proceeds of the sale of their British drug company, Mundipharma, is a key component of the deal. But all lawsuits must be resolved, the lawyers said.

The new complaint, filed in bankruptcy court in White Plains on Wednesday night, is aimed at about two dozen states that have not signed on to the settlement and are continuing to pursue cases against both the company and various Sacklers.

“This filing isn’t a surprise. It’s yet another effort by Purdue to avoid accountability and shield the Sackler family fortune, and we will be opposing it,” said Maura Healey, the attorney general of Massachusetts, the first state to sue the Sacklers.

As soon as a company files for Chapter 11 bankruptcy, all civil lawsuits against it are automatically stayed. Cases brought by states are an exception: states often have the power to keep pressing claims in their own courts.

Purdue is asking that the states’ lawsuits initially be blocked for 270 days while settlement details are worked out. That is more than double the time a debtor typically has to produce such a plan, including specifics about the proposed trust and distribution process.

The complaint weaves threats and pleas to argue that the protection of the Sacklers as well as Purdue is in the public’s interest. Some legal experts pointed out the role of protecting the public interest is one accorded to Purdue’s opponents, the states.

If the bankruptcy judge, Robert D. Drain, does not stop the states’ cases, the lawyers said, the legal costs from the continuing litigation — which Purdue estimates is costing the company about $5 million a week — will “destroy hundreds of millions of dollars or more of value available for all claimants and for the public.”

If the Sacklers must keep paying state judgments, they “may be unwilling — or unable — to make the billions of dollars of contributions” outlined in the settlement, the Purdue lawyers wrote.

In a statement, members of the family said, “We remain committed to working with all attorneys general, cities, counties, towns and other parties to implement a resolution that provides meaningful resources and substantial funding to people and communities who need help now.”

Melissa B. Jacoby, a bankruptcy law expert at the University of North Carolina at Chapel Hill saw some logic to Purdue’s request. “It makes sense to ask for the bankruptcy court’s umbrella to be put over the Sacklers because Purdue is trying to argue that the family will maximize the value of the estate to the benefit of the creditors,” she said.

However, the Purdue lawyers contended, it is the states that would be responsible for blowing up the deal by continuing to pursue their cases against the company and family members.

A central part of the settlement involves restructuring Purdue into a public trust that would distribute the money from the sale of its drugs to the plaintiffs. But some legal experts said the new complaint is an effort to protect the Sacklers through the bankruptcy process even though they themselves are not filing for bankruptcy.

“The Sacklers don’t want to file for bankruptcy because that would expose all their finances as well as the transactions they made with Purdue,” Ms. Jacoby said, referring to the scrutiny required by such proceedings.

About two dozen states have sued the Sacklers or are planning to. They want to get at the family fortune, which they believe is more lucrative than anything the company could provide. Many of the states’ claims involve allegations that the Sacklers improperly withdrew billions from Purdue for years. Letitia James, the New York attorney general, issued 33 subpoenas last month to banks and financial advisers who do business with the Sacklers. Last week, she announced that one of those subpoenas allowed her office to track a billion dollars that one family member had transferred from Purdue to previously undisclosed accounts.

On Monday, a Massachusetts judge turned aside Purdue’s efforts to dismiss the state’s lawsuit, and said she would shortly rule on its proceedings against individual Sacklers — descendants of two of the three brothers who created the Purdue empire — who have played roles in the business.

Sackler family members have repeatedly denied the charges in the state lawsuits. (Descendants of a third brother, Dr. Arthur Sackler, note that his estate sold his share of the company to other branches of the family long before OxyContin came on the market in 1996.)

The Purdue complaint included passages that prompted legal experts to roll their eyes. Purdue said morale had plunged, good employees had been hard to retain (necessitating the payout of millions of dollars in bonuses) and many executives were distracted by the litigation. The value of the company and its ability to contribute meaningfully to a settlement was evaporating, the company’s lawyers said.

And the state efforts to determine whether the Sacklers had committed fraud with Purdue’s billions would be duplicative of Purdue’s own scrutiny, lawyers said. In a hearing on Tuesday, Purdue said that investigators had been examining records on the company’s behalf, as part of their fiduciary duty.

“Many of Purdue’s arguments make sense to me,” said Lindsey D. Simon, a bankruptcy expert at the University of George Law School.

Even so, Ms. Jacoby noted that Purdue is solvent and not riddled with debt. “The states can ask, ‘Is this a valid bankruptcy?’” she said.