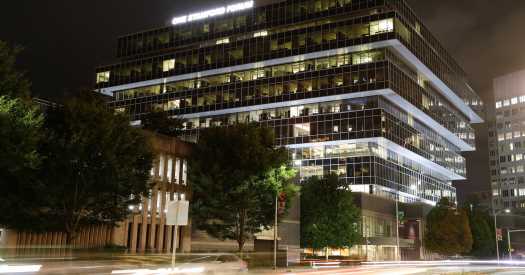 A huge majority of more than 120,000 creditors of Purdue Pharma have voted to approve the company’s bankruptcy plan, a key step toward the eventual release of more than $4.5 billion dollars to help pay for the costs of the opioid epidemic and the resolution of thousands of lawsuits against the company and its owners, members of the billionaire Sackler family.

Preliminary tabulation of voting by cities, states, tribes, insurers, families and caregivers of babies born with symptoms of withdrawal from being exposed to opioids in utero show that 95 percent favor the plan, the company said.

Under the plan, the Sacklers would relinquish control of Purdue. The restructured company would re-emerge with a new name, and be run by an independently appointed board. Profits from sales of its signature prescription painkiller, OxyContin, and addiction-reversal drugs would flow into creditors’ trusts that would fund addiction prevention and treatment programs.

The Sacklers, who have not filed for personal bankruptcy, would pay at least $4.5 billion of their personal funds over nine years (in addition to $225 million from a separate civil settlement with the Justice Department).

Neither the company, nor the Sacklers, would admit to wrongdoing in connection with these lawsuits.

Over the past two decades, more than 500,000 people in the United States have died from overdoses of prescription and illegal opioids, including a record annual number in 2020. Purdue, widely believed to have helped ignite the problem by downplaying the addictive potential of OxyContin and aggressively marketing the drug with misleading campaigns, pleaded guilty to two separate investigations by the Justice Department.

For the complex plan to take effect, Judge Robert Drain of the U.S. Bankruptcy Court for the Southern District of New York, must sign off, a move long expected and now made even more likely by the full-throated results of the creditor vote. Purdue said it would release final voting tallies on Aug. 2, a week before a court hearing at which final objections will be aired, but the company does not anticipate that these results will change materially. The judge is expected to rule shortly after.

Although a handful of states filed objections to the plan, as did the Department of Justice, those efforts seem unlikely to derail proceedings. Earlier this month, attorneys general for 15 states that had been among the most vociferous objectors, including Massachusetts and New York, said they had negotiated fresh terms that made the plan more palatable and now supported the plan.

Among the new elements the states and Purdue reached during mediation was an agreement by the company to release more than 30 million documents to a public repository, including private communications with lawyers. Those documents are expected to unfurl the full story of the company’s and the Sacklers’ involvement in the selling of OxyContin.

The Sacklers, long known for their philanthropy in the arts, would relinquish future naming rights to any institutions to which they donate until their contributions to the opioids settlement are paid in full.

For nearly two years, the objecting states argued that they should be able to reach directly into the pockets of individual Sacklers, because they did not themselves file for bankruptcy protection. Under the terms of the Purdue plan, however, the Sacklers as well as their company have been released from all civil liability.

Some members of Congress have introduced legislation to close a loophole in the bankruptcy code. It would permit states and possibly individuals to sue third-party owners of a company in bankruptcy who, like the Sacklers, have not themselves filed for bankruptcy. But if the legislation is passed, the Purdue plan and the status of the Sacklers will almost certainly have been long since resolved.