15 States Reach a Deal With Purdue Pharma, Moving Toward a $4.5 Billion Opioids Settlement 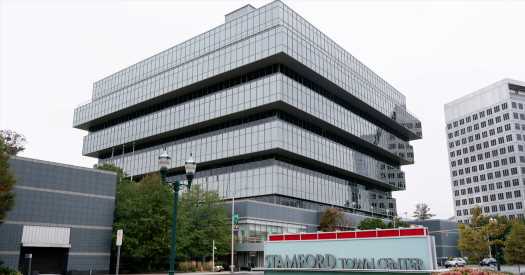 Fifteen states have reached an agreement with Purdue Pharma, the maker of the prescription painkiller OxyContin, that would pave the way toward a $4.5 billion settlement of thousands of opioid cases.

The states decided late Wednesday to drop their opposition to Purdue’s bankruptcy reorganization plan, in exchange for a release of millions of documents and an additional $50 million from members of the Sackler family, the company’s owners.

The agreement was contained in a late-night filing by a mediator in U.S. Bankruptcy Court in White Plains, N.Y.

The settlement extracts concessions that will be added to a comprehensive proposal now being voted upon by more than 3,000 plaintiffs, including cities, counties, tribes and states, who sought to hold Purdue and its owners responsible for their role in the opioid epidemic, during which more than 500,000 Americans have died from overdoses of prescription and illegal opioids.

Trials against other opioid manufacturers and drug distributors are underway.

Nearly two years ago, the Sacklers had proposed paying $3 billion in cash. Both the company and family members had resisted releasing the full trove of documents, including hundreds of thousands of work emails and communications with attorneys, reaching back decades. According to last night’s filing, Purdue and the Sacklers will now release some 33 million documents, and the money has risen to $4.5 billion, plus an additional $225 million in a civil settlement with the Department of Justice.

According to spokesmen, two branches of the Sackler family noted that the settlement included no finding of liability or wrongdoing. In a statement, they said: “This resolution to the mediation is an important step toward providing substantial resources for people and communities in need. The Sackler family hopes these funds will help achieve that goal.”

The Sacklers will have nine years to make payments, but the new agreement includes an enhanced schedule.

If Judge Robert Drain, who is presiding over the bankruptcy proceedings, certifies the plan after an August hearing, as is now widely expected, both the family and the company would be shielded from further opioid-related lawsuits.

Maura Healey, the attorney general of Massachusetts, who was the first to sue individual Sacklers, said, “While I know this resolution does not bring back loved ones or undo the evil of what the Sacklers did, forcing them to turn over their secrets by providing all the documents, forcing them to repay billions, forcing the Sacklers out of the opioid business, and shutting down Purdue will help stop anything like this from ever happening again.”

Another official in the pursuit of the Sacklers was Letitia James, the attorney general of New York.

“For nearly two years, since Purdue Pharma declared bankruptcy, the company and the Sackler family have used every delay tactic possible and misused the courts — all in an effort to shield their misconduct,” she said. “While this deal is not perfect, we are delivering $4.5 billion into communities ravaged by opioids on an accelerated timetable and it gets one of the nation’s most harmful drug dealers out of the opioid business once and for all. ”

Nine states and the District of Columbia continue to oppose the agreement. “While some progress has been made — especially around the public document depository — this plan is far from justice,” said William Tong, the attorney general of Connecticut. “Purdue and the Sacklers have misused this bankruptcy to protect their vast wealth and evade consequences for their callous misconduct. This deal alarmingly allows the Sacklers to still walk away with their personal wealth intact, and now allows funds already intended for charity to be included in this deal. We are evaluating all options to continue to fight this bankruptcy plan until all viable options are exhausted.”