The non-invasive treatment – done under general anaesthetic and taking around four hours – was more effective than surgery or radiotherapy. Afterwards there was no difference in erectile and urinary performance and five months later 93 percent of the 44 patients were cancer-free. Canada’s Dr Sangeet Ghai revealed: “We treated a smaller area using this device, yet still had very good results.”

The high-intensity focused ultrasound (HIFU) is targeted using a device guided by an MRI scanner.

A probe is placed in the patient’s bowel under anaesthetic. It delivers the waves to the site with no needles, or cuts to the skin. Cancerous cells are killed with heat – which must hit 140F (60C) to work – leaving healthy tissue alone.

Dr Ghai said the MRI also gives instant readings of the temperature reached: “By combining the high-intensity focused ultrasound device with MRI, we can target our treatment to the exact location, because we’re able to pinpoint precisely where the tumour is.

“If the temperature was not what I wanted to get, I can reheat that area so that chances for successful treatment increase.” MRI also shows any blood vessels left – a sign not all the cancer has been wiped out.

Standard treatments for prostate cancer include removing the gland or blasting the entire prostate with radiation. These can damage surrounding tissues like the nerves, muscles, urine passage, bladder and rectum. 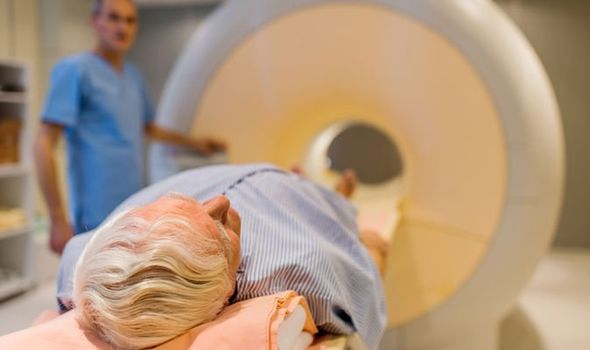 They carry a risk of long-term urinary problems and erectile dysfunction. Dr Ghai, of the University of Montreal, believes his technique would be suitable for up to 30 percent of patients who usually have radiotherapy or surgery.

Last week a study of more than 500 prostate cancer patients in the UK who were given HIFU without MRI also found they suffered fewer side effects. It was hailed by the Imperial College London team as the “single biggest change in 20 years.”

Another study in 2018 of 625 British sufferers found five-year survival rates were 100 percent – the same as for surgery or radiotherapy. But urinary incontinence and erectile problems reduced.

Equipping the NHS to provide therapy for every man who wants it is the next hurdle. Charity Prost8 UK is now fundraising for six hospital suites offering it around the country.