Probe into claim woman's details were leaked after medical abortion 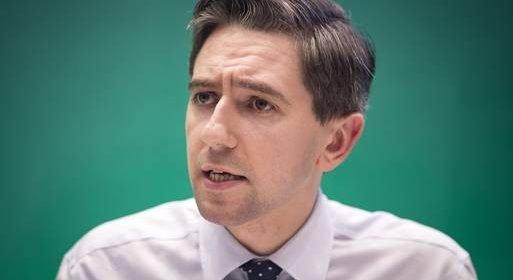 An investigation is under way into claims that a patient’s details were leaked after an abortion at a Dublin hospital.

Health Minister Simon Harris has expressed concern over the allegations which emerged in a social media post that was circulated online. A message posted on Twitter claimed that a woman who had a medical abortion in a Dublin hospital was contacted days later, asking her to “re-book a scan”.

The person who contacted her was using a phone number linked to a rogue abortion counselling service and an anonymous Twitter account. The message states that after she had the medical abortion, she had an internal scan and was sent home after being told no other scans were required.

As the woman was recovering, she said she received a phone call from a man unknown to her, asking her to “re-book” a scan. It’s claimed this man had her personal details, including her name and address.

She later received a text telling her to go to a clinic at an address in Dublin. The woman said she then contacted the hospital, who confirmed they were not aware of the phone call and they weren’t looking for her to ‘re-book’ any scan.

The woman says she rang the person who sent her the text. After claiming he was from My Options, he started to shout abuse at the woman and told her she was “disgusting” for having an abortion and asking if she knew about the risks of terminations.

The woman said she wanted to share the message to make people aware, as she was “scared”.

Speaking to the Irish Independent, the woman, who wishes to remain anonymous, said the incident had left her feeling “emotionally drained”.

However, she does not regret circulating her story on social media. “I’m glad I’m raising awareness,” she said.

“I just don’t want this to happen to some other girl. I did not think it would get this far, but I’m delighted it has.”

A spokeswoman for Mr Harris said the Health Minister was concerned by the allegations.

“He has asked the HSE to investigate the alleged breach of patient information,” she said.

“The minister has been quite clear abortion services should be viewed as a normalised part of the health service and women accessing that service should not be subjected to any intimidation or harassment.”

The HSE told the Irish Independent that the body takes any potential breach of confidential patient data very seriously and is establishing the facts surrounding this incident.

A spokesman for the National Maternity Hospital said any suspected breach of confidentiality is always investigated “as a matter of urgency, in conjunction” with other organisations who may have access to patient details.

Alison Begas of the Dublin Well Woman Centre said that following the allegations, the organisation had an IT support company conduct a comprehensive analysis of its systems.

“We are absolutely confident that no data breach has occurred on our part,” she said.

Information about the HSE-funded unplanned pregnancy counselling services are available on myoptions.ie or by phoning 1800 828 010.