Private firm to be paid €450,000 to find out why national children's hospital has overrun 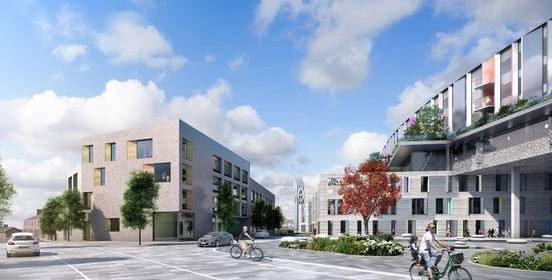 THE Government is to pay a private firm €450,000 to find out why the construction cost of the national children’s hospital has spiralled to €1.4bn.

The Oireachtas health committee was told today that the financial consultants company, PCW,  was commissioned to carry out the probe and report back by March.

It is the latest twist in the ongoing wrangle over the spiralling cost of the hospital, which was set at €983m in April 2017 when the government gave the go ahead for its construction.

The full cost is expected to be around €1.7bn when the construction bill is added to the €300m needed for areas such as its IT system.

The escalation in the construction cost of the new national children’s hospital to €1.4bn is “disturbing”, causing delays to other health projects and also affecting more Government departments, the Oireachtas Health Committee was told.

Some €130m will have to be generated through philanthropy sources.

Officials from the Department of Health and the HSE were grilled on what level of oversight was in place as the bill for the hospital mounted.

Colm Desmond, assistant secretary of the Department of Health, said €50m will have to be sliced from the capital budget of all departments.

He warns: “To complete the build of the hospital and outpatients and urgent care centres, an additional €450m will have to be found over the period 2019 to 2022, including an additional €100m in 2019.”

Dean Sullivan, deputy director general of the HSE, states that in terms of oversight a Programme Board is chaired by the secretary general of the Department of Health, Jim Breslin. Its responsibility includes funding.

A steering group, of which he has been chairman since May, receives monthly progress reports on the capital project and it updates the Programme Board.

There were indications of financial pressures in August of last year when a €200m overrun was confirmed. But it took until November for the full €450m overrun to become clear.

He said the outcome of the second phase of the new hospital is “considerably in excess of that envisaged following the initial tender process”.

“As has been noted, this escalation in costs is of significant concern and will undoubtedly impact on other priority health investments,” he said.

The independent PCW review of the escalation in costs is due to report in March. Mr Breslin did not attend today’s hearing due to a prior commitment.

The secretary general of the Department of Public Expenditure, Robert Watt, also declined to attend. He said it would be “impractical” for his department to do so as they already attend the Budgetary Oversight Committee and most hearings of the Public Accounts Committee.

Committee chairman said the non attendance by officials from the Department of Public Expenditure was “disrespectful.”

Sinn Féin leader Mary Lou McDonald told the Dáil that Mr Watt should attend the Dáil public expenditure and help explain how estimates had gone from €650m to €1.7bn in just two years.

But Taoiseach Leo Varadkar said Mr Watt regularly attends Dáil committees to explain many issues – but this was a job for the head of the Health Department. Mr Varadkar also insisted that no other projects would be stopped because of the spiralling costs of the children’s hospital building.

Ms McDonald had demanded that the general secretary in charge of the Public Expenditure and Reform Department should attend the committee or otherwise his position “is not sustainable”.

“What about the commitment for an MRI scanner at the Midlands Regional hospital in Mullingar, the second cath lab in Waterford, or Drimnagh primary care centre, and I could go on?”, the Sinn Féin leader asked.

Ms McDonald said the hospital costs were set to blow a hole in capital budget for years to come. But “nobody was willing to take responsibility for it” and she also accused Mr Varadkar of “dancing on the head of a pin” by suggesting projects would be “deferred” rather than cancelled or delayed.

“What projects will be cut because of the scandalous cost overrun?” she asked.

He said it required a “re-profiling” of about €100m worth of capital budget out of a total expenditure of €7bn.  He said this was about 1pc to 2pc of the total and a list of affected projects would be published when it was available.

On accountability for hospital costs Mr Varadkar said the secretary general of the Health Department was the accounting officer for health expenditure.  He also said the project costs were being assessed by external consultants.