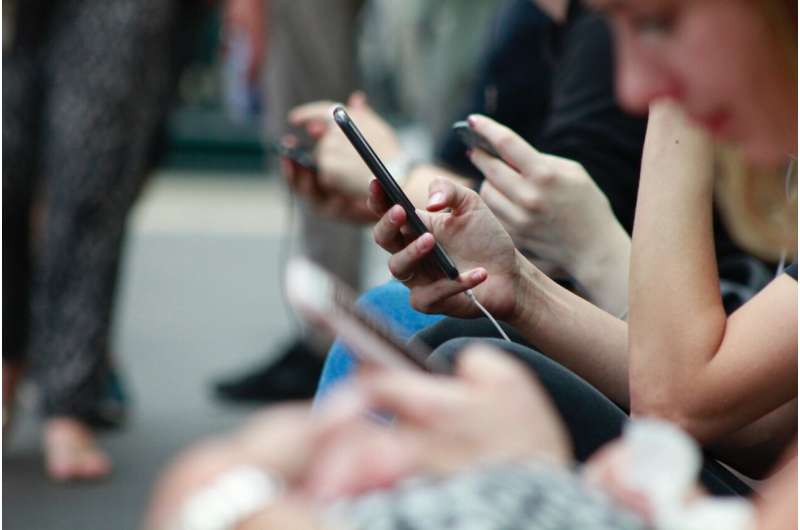 An accurate, non-invasive, and low-cost method of testing for COVID-19 using samples taken from the screens of mobile phones has been developed by a team led by UCL researchers at Diagnosis Biotech.

The study, published in eLife and led by Dr. Rodrigo Young (UCL Institute of Ophthalmology) analyzed swabs from smartphone screens rather than directly from people, and found that people who tested positive by the regular nasal swabbing PCRs were also positive when samples were taken from phone screens.

The new method—known as Phone Screen Testing (PoST)—detected the COVID-19 virus on the phones of 81 to 100% of contagious people with a high viral load, suggesting it is as accurate as antigen lateral flow tests.

Globally active screening for COVID-19 is still a priority as new variants keep emerging and the vaccination rollout is not guaranteed in many countries. However, testing is expensive and can be physically unpleasant, both of which are significant hurdles on the road to an effective test and trace system.

As PoST is an environmental test, rather than a clinical test, it is both non-invasive and less expensive that a traditional nasal swabbing PCR. This means not only is it suitable for rollout in lower-income countries, but it also removes the discomfort of current COVID-19 testing options, potentially increasing take-up of regular testing among the general population. In addition, PoST sampling takes less than a minute and does not require medical personnel, which eases mass adoption in big facilities and large-scale applications.

Dr. Rodrigo Young said that “like many, I was very worried about the economic and social impact that the pandemic would leave behind, particularly in lower-income countries. We knew that the only effective way to stop the spreading is to regularly test as many people as possible, but this was not happening because it’s too expensive and uncomfortable.”

“We immediately knew this was something special, as PoST is a method that would not only make COVID-19 mass testing much easier but could also be used to contain outbreaks of new naturally occurring and man-made viruses, to avoid future pandemics.”

Diagnosis Biotech, a Chilean startup founded by UCL’s Dr. Young, has been performing COVID-19 screenings in companies and schools in Chile to avoid outbreaks and maintain operational continuity, as frequent measurement of all workers or students allows the early identification of asymptomatic people and helps to control the spread of the virus.