This is a Kaiser Health News story.

About 1 in 6 Americans were surprised by a medical bill after treatment in a hospital in 2017 despite having insurance, according to a study published Thursday.

On average, 16% of inpatient stays and 18% of emergency visits left a patient with at least one out-of-network charge. Most of those came from doctors offering treatment at the hospital, even when the patients chose an in-network hospital, according to researchers from the Kaiser Family Foundation. Its study was based on large employer insurance claims. (Kaiser Health News is an editorially independent program of the foundation.) 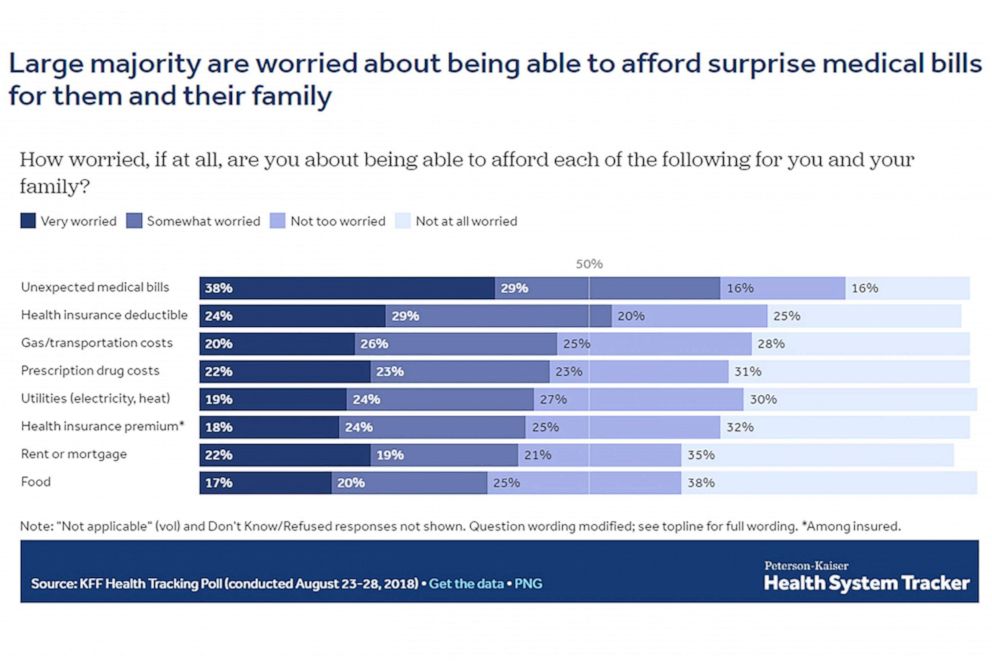 “Millions of emergency visits and hospital stays left people with large employer coverage at risk of a surprise bill in 2017,” the authors wrote.

The researchers got their data by analyzing large-employer claims from IBM’s MarketScan Research Databases, which include claims for almost 19 million individuals.

Surprise medical bills are top of mind for American patients, with 38% reporting they were “very worried” about unexpected medical bills.

Surprise bills don’t just come from the emergency room. Often, patients will pick an in-network facility and see a provider who works there but isn’t employed by the hospital. These doctors, from outside staffing firms, can charge out-of-network prices.

“It’s kind of a built-in problem,” said Karen Pollitz, a senior fellow at the Kaiser Family Foundation and an author of the study. She said most private health insurance plans are built on networks, where patients get the highest value for choosing a doctor in the network. But patients often don’t know whether they are being treated by an out-of-network doctor while in a hospital.

“By definition, there are these circumstances where they cannot choose their provider, whether it’s an emergency or it’s [a doctor] who gets brought in and they don’t even meet them face-to-face.”

The issue is ripe for a federal solution. Some states have surprise-bill protections in place, but those laws don’t apply to most large-employer plans because the federal government regulates them.

“New York and California have very high rates of surprise bills even though they have some of the strongest state statutes,” Pollitz said. “These data show why federal legislation would matter.”

Consumers in Texas, New York, Florida, New Jersey and Kansas were the most likely to see a surprise bill, while people in Minnesota, South Dakota, Nebraska, Maine and Mississippi saw fewer, according to the study.

Legislative solutions are being discussed in the White House and Congress. The leaders of the Senate Health, Education, Labor and Pensions Committee introduced a package Wednesday that included a provision to address it. The legislation from HELP sets a benchmark for what out-of-network physicians will be paid, which would be an amount comparable to what the plan is paying other doctors for that service.

That bill is set for a committee markup next week.

Other remedies are also being offered by different groups of lawmakers.

Kaiser Health News is a nonprofit news service covering health issues. It is an editorially independent program of the Kaiser Family Foundation, which is not affiliated with Kaiser Permanente.