Measles cases continue to climb but not as rapidly as before

The number of measles cases in the U.S. continues to climb but at a slightly slower rate than previous weeks.

The Centers for Disease Control and Prevention said there have been 880 cases in the U.S. since January.

The number of measles cases in 2019 has already blown past the reported cases in recent years.

In early May, there were 60 new cases in a week, and in late April, that number jumped to 78 cases in one week. There were 71 new cases the week before that.

The latest numbers through May 17 show that there was an increase of 41 cases from the prior report. 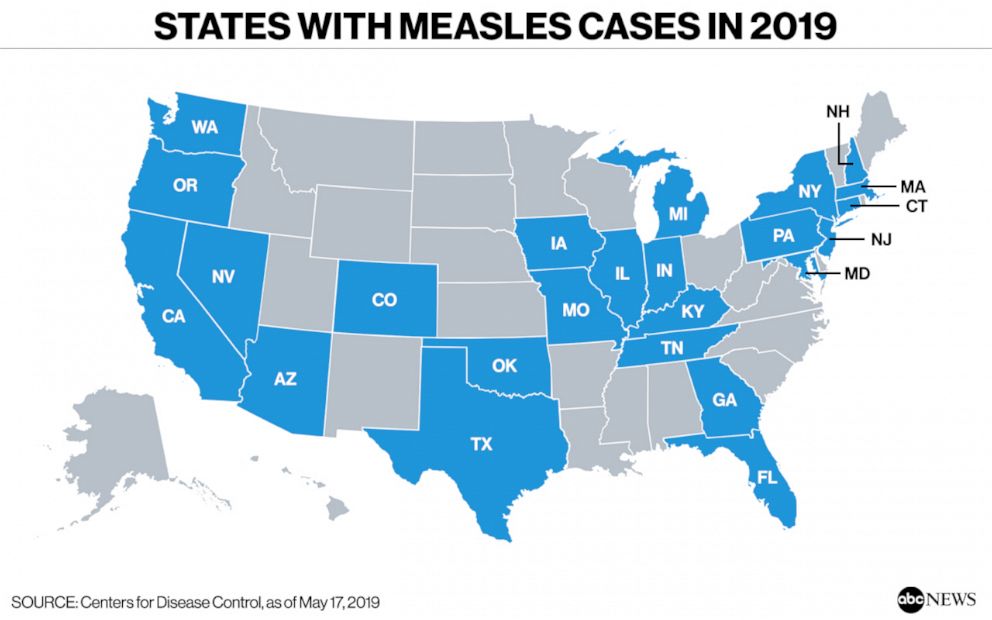 Washington state was home to a significant outbreak earlier in 2019 and there have been a total of 78 cases in the state this year.

In California, there have been 45 reported cases in four outbreaks.

The CDC said the majority of people who got measles were unvaccinated.

Measles was eliminated in the country in 2000 but the CDC notes that measles is still common in many parts of the world and travel is one reason why it has returned to the U.S.