They’re calling it a “lost year.”

On and offline, parents are trading stories — poignant and painful — about all of the ways that they fear their middle schoolers are losing ground.

“It’s really hard to put my finger on what happened exactly,” said Jorge Gallegos, whose son, Eyan, is in the seventh grade in Washington, D.C.

When Eyan was in fifth grade, he had a lot of friends, Mr. Gallegos said. He was home schooled for sixth grade, and he seemed to thrive.

But spending this year at home because of the pandemic has just been too much.

Eyan transferred to a new middle school for seventh grade, where nearly all of the other students had started in the sixth grade, prepandemic. He hasn’t met any of his classmates in person, and he hasn’t made a single friend.

Eyan has told his parents that he’s lonely. So lonely, in fact, that he has started posting on Discord and Reddit. Sometimes, when he’s bored, he even starts chatting with those strangers during class time.

His dad is sympathetic. “He wants to talk to people, and he doesn’t have anybody,” Mr. Gallegos said in a recent phone interview. But he’s also worried.

As a teenager, Mr. Gallegos went off the rails for a time. He was kicked out of high school, withdrew from community college twice and spent years fighting his way back, ultimately graduating from college and building a successful career with the federal government. There’s no way he’ll let the pandemic similarly spin his son’s life out of control.

Virtually everyone has waded through hardships this past year — job losses, relationship struggles, chronic stress and, in the worst of all cases, the loss of loved ones to Covid-19. And parents with school-age children have battled the demands of combining their usual work and family responsibilities with at least some degree of home-schooling.

But mothers and fathers of middle schoolers — the parenting cohort long known to researchers as the most angst-ridden and unhappy — are connecting now in a specific sort of common misery: the pressing fear that their children, at a vital inflection point in their academic and social lives, have tripped over some key developmental milestones and may never quite find their footing again. 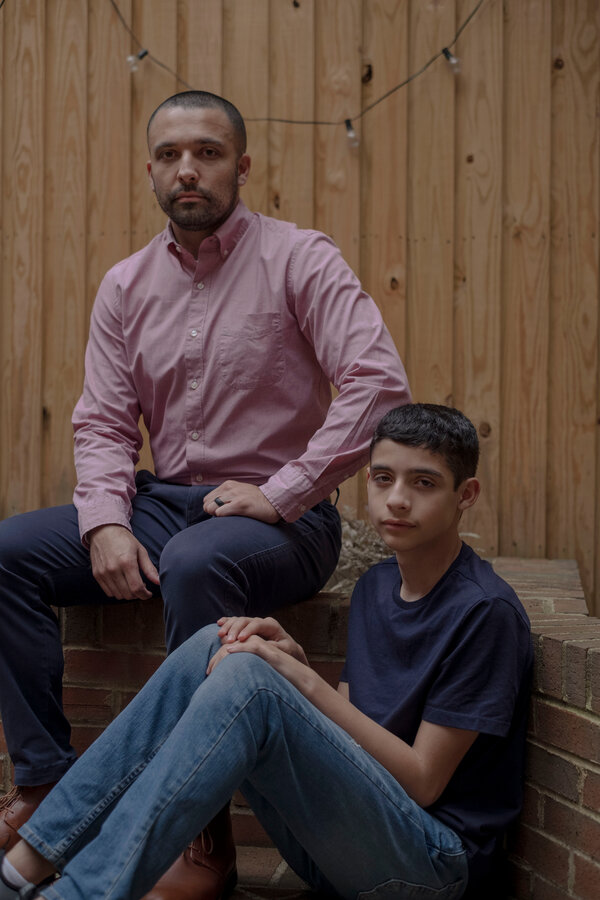 Experts say some of their worries are justified — but only up to a point. There’s no doubt that the pandemic has taken a major toll on many adolescents’ emotional well-being. According to a much-cited report from the Centers for Disease Control and Prevention, the proportion of emergency room visits that were mental health-related for 12 to 17 year olds increased by 31 percent from April to October 2020 compared with the same period in 2019. And there’s no question that witnessing their loneliness, difficulties with online learning and seemingly endless hours on social media has been enormously stressful for the adults who care about them the most.

Yet, as the nation begins to pivot from trauma to recovery, many mental-health experts and educators are trying to spread the message that parents, too, need a reset. If adults want to guide their children toward resilience, these experts say, then they need to get their own minds out of crisis mode. That challenge is likely to be especially tough for the parents of young adolescents, whose emotions run high and whose ability to put feelings into words tends to be limited. But it’s also one that parents of middle schoolers in particular really need to try to meet.

Early adolescence — the middle school years, in the United States — is considered a second critical period, a time of brain changes so rapid and far-reaching that they rival the plasticity and growth that take place in the much more popularly recognized newborn to 3-year-old phase.

These changes, which are set in motion by the same sex hormones that prompt the external physical developments of puberty, make children more capable of higher-level thinking and reasoning. They make them acutely aware of their status and how they appear in the eyes of others. They make them crave social contact, attention and approval. Over all, they provide a hard-wired explanation for the challenges (and opportunities) that are most associated with the middle-school years.

Remote learning and social distancing are in many ways the opposite of what children in this age group want and need.

“It’s been hardest on middle schoolers,” said Phyllis Fagell, a therapist, school counselor and the author of the 2019 book “Middle School Matters.” “It is their job to pull away from parents, to use these years to really focus on figuring out where they are in the pecking order, figuring out what they need from a friend, what they can give to a friend. And all of that hard work that has to happen in these years was just put on hold.”

As a result, she said, “there’s more perfectionism, because they’re trying to control the variables they can control.”

Despite all of this, Ms. Fagell, much like the dozen-plus other experts in adolescent development who were interviewed for this article, was adamant that parents should not panic — and that, furthermore, the spread of the “lost year” narrative needed to stop. Getting a full picture of what’s going on with middle schoolers — and being ready to help them — they agreed, requires holding two seemingly contradictory ideas simultaneously in mind: The past year has been terrible. And most middle schoolers will be fine.

They reason they’ll be fine is built right into the biology of early adolescence, explained Laurence Steinberg, a professor of psychology at Temple University and the author of “Age of Opportunity,” the influential 2014 book on adolescent brain science. The fact that middle schoolers are going through a “critical period” of heightened brain flexibility, instability and plasticity, he said, means that they are hypersensitive and ultra-vulnerable — and also extra-primed for adaptability and resilience.

“Do kids need certain kinds of experiences at this point in their lives in order to be able to develop normally? Yes, but there’s no reason to think an interruption like this is going to cause permanent damage,” Dr. Steinberg said in a phone interview. “The plasticity afforded by the adolescent brain at this age allows for recovery.”

Engaging in distance learning with your classmates, being part of a pod and keeping in frequent touch with friends online is hardly tantamount to solitary confinement, he noted. And being “unhappy” is very different from being “impaired.”

What factors keep adolescents from tipping from one state to the other? Mental health experts point to a few: their connection to at least one good friend; any underlying vulnerabilities like mood disorders; the adversity in their daily lives; the availability of adults to help them cope with hardship — and whether their parents are keeping it together.

This often-overlooked variable has repeatedly emerged as one of the critical determinants of middle- and high-schoolers’ mental health during the pandemic, according to surveys conducted and analyzed by the psychologist Suniya Luthar, a professor emeritus of Teachers College at Columbia University and a co-founder of the research group, Authentic Connections, which advises schools on promoting students’ mental well-being.

Beginning in 2019, and continuing every semester since the coronavirus shutdowns began, Dr. Luthar and her team have polled more than 46,000 students in public and private schools across the United States, monitoring changes in their mental health and looking for answers as to why they do well or poorly. Their subjects have been sixth through twelfth graders, racially diverse — almost 40 percent are students of color — and drawn from schools where students score on average in the top third on national achievement tests.

What they’ve found is that children’s perceptions that their parents are dissatisfied with them (as when parents point out all of the ways that their children are falling behind), along with poor parent mood are the strongest predictors of depression and anxiety in teenagers. The effects are strong, Dr. Luthar suggested in an interview, because during the pandemic, adolescents are getting an unadulterated dose of parent pathology.

“The safety nets we could have had if you have a difficult parent — a teacher, sports, friends — all that’s taken away in one fell swoop,” she said.