Omicron BA.4 and BA.5: What to know about the new variants 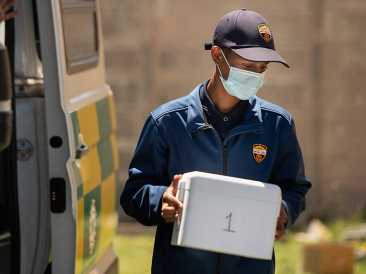 Despite what many of us might like to believe, COVID-19 has not gone away. South Africa recently identified two new subvariants of Omicron — designated BA.4 and BA.5. These subvariants have now spread to several other countries, including the United Kingdom and the United States. Should we be concerned about them? Medical News Today assessed the evidence and spoke to experts in the U.S. and the U.K. to find out. 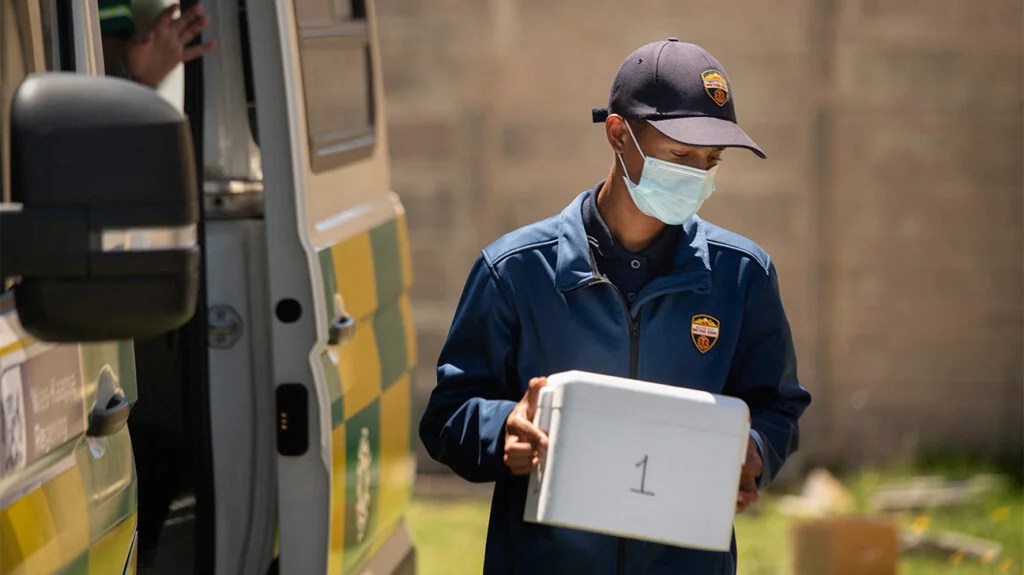 Alpha, Beta, Gamma, Delta, Omicron — the list of continues to expand. And no sooner have we got used to one variant than another appears.

Latest on the list are the Omicron subvariants BA.4 and BA.5, which were identified recently in South Africa, one of the few countries that are still sequencing large numbers of COVID-19 tests.

Scientists in this country first detected BA.4 on January 10, 2022, and it has since spread throughout South Africa, now making up 35% of positive tests. BA.5 was identified on February 25, and now accounts for 20% of cases in several South African regions.

Both subvariants are similar to Omicron BA.2, which is currently dominant in the U.K., continental Europe, and the U.S.

BA.4 and BA.5 have identical mutations on their — the part of the virus that attaches to receptors on human cells — that differentiate them from BA.2. Each subvariant has its own different mutations in other areas of the virus.

“We have learned that the [COVID-19-causing variants] are more mutable than we initially thought. Periodically we get major new variants — that’s a big shift. But we also get little, what we call ‘drift variants.’ You can think of them as members of the same family […] they’re like cousins.”

Where are the variants?

So far, BA.4 and BA.5 have been identified in several countries in addition to South Africa. According to a report from the U.K. Health Security Agency (UKHSA), with data up to April 22, BA.4 was present in Austria, the U.K., the U.S., Denmark, Belgium, Israel, Germany, Italy, Canada, France, the Netherlands, Australia, Switzerland, and Botswana.

Few countries are sequencing large numbers of positive tests, despite the Director-General of the World Health Organization (WHO) on May 4 that “testing and sequencing remain absolutely critical.”

“In many countries we’re essentially blind to how the virus is mutating. We don’t know what’s coming next.”

He is not alone in his concern about the lack of sequencing. Prof. Christina Pagel, professor of operational research at University College London (UCL) and director of the UCL Clinical Operational Research Unit, told Medical News Today that “[w]e are opening ourselves up to a serious new wave — particularly in winter — that we would not be able to spot in time.”

Although the numbers recorded for both variants are currently low, the actual case numbers are likely to be much higher. Without sequencing of positive tests, the variants that cause COVID-19 cannot be identified.

On May 12, the European Centre for Disease Prevention and Control (ECDC) reclassified BA.4 and BA.5 as variants of concern. This followed a sharp rise in cases in Portugal, where the Portuguese National Institute of Health estimated on May 8 that BA.5 was responsible for around 37% of all positive cases.

The ECDC reports that although there is no evidence yet of increased severity over previous variants, BA.4 and BA.5 do appear to be more transmissible.

“The Omicrons are an extraordinarily contagious family. There are some data that say these subvariants are even more contagious. […] Do they have the capacity to produce more severe disease? At the moment, if anything, Omicron seems to be on the milder side.”

In the U.S., the (CDC) have also designated BA.4 and BA.5 as variants of concern.

The U.K. has not yet followed suit. However, the UKHSA published a risk assessment of the two subvariants comparing them with Omicron BA.2. This suggests that the new subvariants may be better at evading the immune system than BA.2, but that the data is insufficient to draw firm conclusions.

In South Africa, which has identified the greatest number of cases, symptoms and severity seem similar to those of disease caused by Omicron BA.2. So far, the number of hospitalizations there has increased only slightly.

Vaccines and the new subvariants

Some good news from GAVI — the vaccine alliance — is that although antibodies from previous Omicron infection do not seem to afford much protection against the new variants, antibodies from vaccination appear to be much more effective.

Prof. Schaffner agreed that vaccines should protect against severe disease from the new variants: “These are slightly different mutations of the spike protein — are they so different that they cannot be responsive to our vaccines? The answer is ‘no’.”

However, he is concerned that “vaccine fatigue” may be having an effect:

“Of course, vaccines don’t prevent disease — vaccination prevents disease. And the issue, at least in [the U.S.], is can we persuade people to come forward yet again to be vaccinated? There is clearly vaccine fatigue out there.”

He added that “[t]he more people we can vaccinate around the world [the more we can] reduce the chance of these rogue variants popping up.”

Prof. Jonathan Stoye, FRS, principal group leader, and international affairs ambassador at the Francis Crick Institute in London, U.K., agreed: “It does not seem unreasonable to ask whether a greater emphasis should not be placed on attempting to provide and deliver a vaccine which can be administered to all the world’s unprotected people, particularly those in lower and middle-income countries.”

It is likely that BA.4 and BA.5 will spread further, and that they will not be the last new variants.

Prof. Pagel expressed concern that lack of testing and sequencing may mean that variants are not detected early: “[I]n England, for instance, we are only really doing PCR tests on hospital admissions […] [and] because admissions are skewed towards older populations, it will take longer for variants to show up if they spread first among children and young people — as has been typical so far.”

These concerns were echoed by Prof. Schaffner, who said that “[w]e require a coordinated international surveillance system, and critical to that is the sequencing of viruses. Number one: To detect these minor subvariants. It’s always better to know than not [to] know.”

“And then, of course, the sequencing is utterly important to pick up that rare event when we would get another rogue strain that could evade the protection of our vaccines,” he added.

It is likely that COVID-19, in whatever form, will be with us for some years to come — the key question is, can we keep it under control as we try to get life back to normal?

“As we’ve moved from pandemic phase to endemic, how will we cope? Are we going to come to some sort of fraught truce with this virus? We haven’t figured out how to do that yet.”