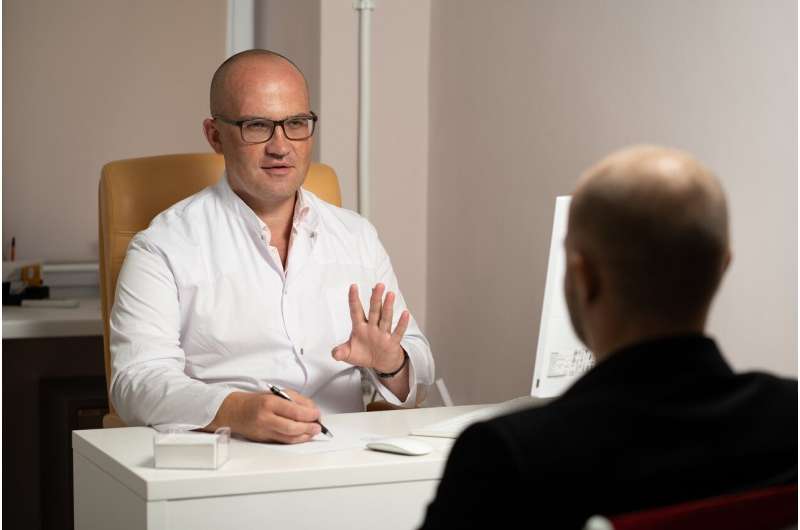 Type 2 diabetes is a major risk factor of cardiovascular diseases, such as coronary artery disease and heart failure, as well as premature death. To prevent or at least delay complications, regular health care visits and good control of blood glucose, low-density lipoprotein cholesterol (LDL-C) and other risk factors are needed.

A new study from the University of Eastern Finland shows that LDL-C control and statin prescriptions remain suboptimal in clinical practice—despite guidelines recommending consistently to treat elevated LDL-C with statins at moderate- to high-intensity. The study analyzed electronic health records of 8,592 type 2 diabetes patients in North Karelia, Eastern Finland, who visited primary and specialized care services between 2012 and 2017.

The researchers analyzed LDL-C values over time and identified four groups with different trajectories. The majority of patients (86%) had relatively stable LDL-C values at moderate levels and only a few patients showed a significant increase (3%) or decrease (4%) during the follow-up. However, the second-largest group (8%) consisted of patients with alarmingly “high-stable” LDL-C levels at around 3.9 mmol/L.

“We observed significant gender differences in care processes and outcomes,” says Early Stage Researcher Laura Inglin from the University of Eastern Finland. “In all the trajectory groups, women had significantly higher average LDL-C levels and received any statin treatment and high-intensity treatment less frequently than men.”