‘No recollection:’ Woman has sudden, unexplained episodes of memory loss 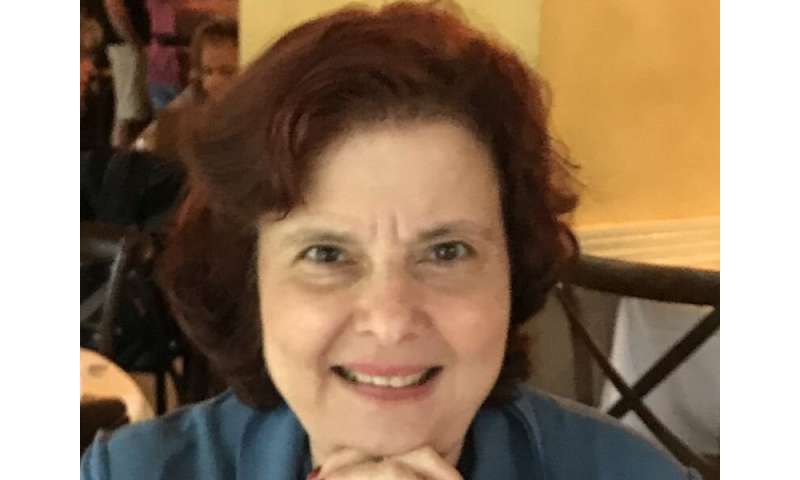 (HealthDay)—Imagine standing at your bathroom sink, and then you suddenly find yourself in bed but you don’t remember how you got there. Then you discover hours have passed, yet you have no memory of what happened during that time.

That frightening scenario happened to Amy Losak, 64, twice, once in October 2016, and then again in September 2020.

Losak, a health care public relations professional and children’s book author from Bergen County, N.J., had been enjoying a lovely fall day just before the first episode occurred. She and her husband had gone into New York City to see an afternoon play. When they came home, Losak said she sent a work email, and then stepped into her bathroom.

“I started to feel a crinkling sensation. It was like little pings on my head, and I actually thought, ‘Gee, I hope something’s not going to happen,’ and then, I lost my memory,” she said.

Losak next remembers being in bed. “I was calm when I came out of it. I knew who I was, who my husband was, but I had no recollection of the time that passed.”

She said her husband told her she sounded like a broken record. They had been in the middle of a home renovation, and Losak apparently repeatedly asked her husband why there were boxes all over. There was also clean laundry that had been folded but not put away yet, and she kept asking why the laundry was on the bed, her husband told her.

What happened to Losak is known as transient global amnesia. Neurologist Dr. Kenneth Heilman, from the University of Florida College of Medicine and the Gainesville VA, said it’s “a profound memory loss that comes on suddenly that mainly includes episodic memories.”

People who have transient global amnesia lose their short-term memory of what happened. Heilman said this condition can last from minutes to hours.

He said the condition is “rare, though it’s hard to know the true frequency.” Most people who have transient global amnesia only have it once.

Losak wasn’t so lucky. After her first experience, she called her primary care doctor who told her to go to the emergency room to rule out a more serious condition, such as stroke. “Everything was fine, but I had to follow-up with a cardiologist and a neurologist,” she said. She also had an MRI scan and other tests.

Some factors that have been linked to transient global amnesia, according to the U.S. National Institutes of Health (NIH), include:

But the exact cause of transient global amnesia remains unknown.

Losak’s doctors weren’t able to pinpoint a specific cause for her episode. And then there was a second one.

In September of this year, Losak spent a day with her husband and a friend outside, doing socially distanced shopping. At the end of the afternoon, she was at her bathroom sink again, when she thought, “Wouldn’t it be something if I had another episode?” She said she doesn’t recall having the same strange sensations that she did the first time, but again, she lost her memory for hours.

She said she repeated a lot of questions again (according to her husband) and said, “Maybe I need to see a neurologist.”

Losak said, “Coming out of this recurrence, I’ve been very unsettled, nervous and concerned.”

She went back to all of the doctors she saw the first time, and again, they all found no explanation for her symptoms.

“I’m concerned that it could happen again, and I worry there might be a long-term cognitive effect,” she said. But because the condition is uncommon, it’s difficult to get the answers she’d like to have.

There are no specific treatments for transient global amnesia, the NIH said.

Heilman said that anyone having the kinds of symptoms that Losak experienced should go to the emergency room. “There’s no question you need to go to the hospital. You need to make sure there’s not something more serious going on like a seizure, brain tumor, stroke, transient ischemic attack or a blood clot caused by atrial fibrillation in the heart going to the brain, [or] a blood sugar drop,” he explained.