My drive to save lives on every golf course

Cardiac arrests on golf courses are all too common, but ex-Ryder Cup captain Bernard Gallacher – who nearly died from one – calls for a simple solution

Former Ryder Cup captain Bernard Gallacher came back from the dead three times after he suffered a cardiac arrest following a day of golf.

Five-and-a-half years ago, Bernard, father of TV presenter Kirsty, was giving a speech at a hotel to members of a golf club in Aberdeen when he blacked out and fell back dramatically in front of 200 people.

‘I’d been in good health and had no reason to think anything was wrong,’ recalls Bernard, 69, who lives with his wife Lesley, 65, in Ascot, Berkshire. The couple have two other children besides 43-year-old Kirsty — Jamie, 41, and Laura, 31.

By a stroke of luck, an A&E nurse in the audience administered cardiopulmonary resuscitation (CPR) massage — applying pressure to his chest with the heels of her hands to pump blood around his body while they waited for an ambulance. 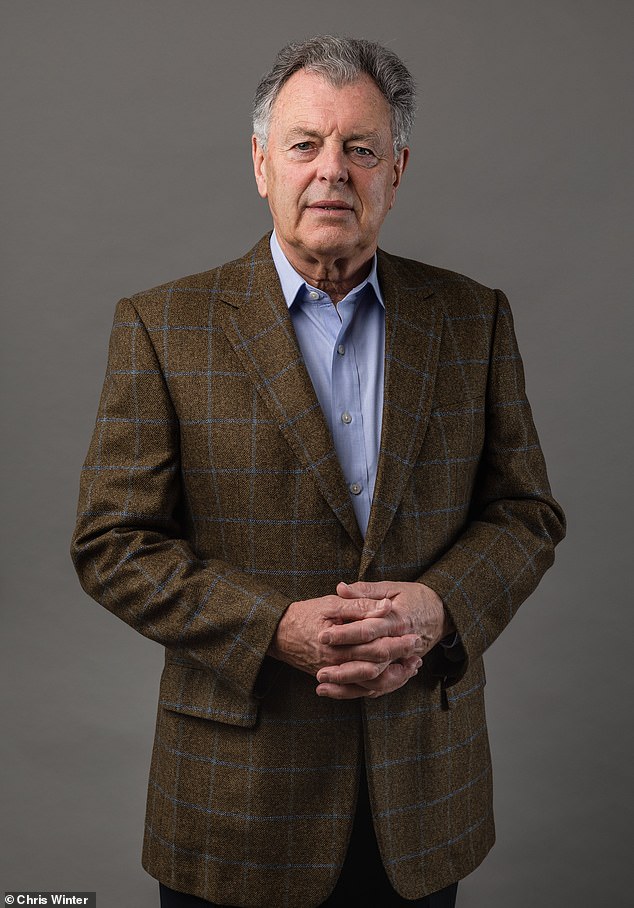 ‘What was even more fortunate was that the man who had sold the hotel a cardiac defibrillator was also there and was able to use it. They administered three shocks to get my heart working again,’ says Bernard.

A medic arrived within minutes and gave him oxygen.

‘By the time I reached hospital, around 20 minutes after I blacked out, things were not looking good for me, to say the least,’ he says. ‘But these early interventions were to save my life.’

His family flew up from London to his bedside in the intensive care unit. Lesley recalls: ‘I feared the worst. It was all doom and gloom when I arrived.

‘Bernard was alive, but doctors didn’t know if he had suffered brain damage, and he had been put in a medically induced coma to protect his brain. We spent a very anxious five days at his bedside as he hung onto life.’

Eventually, doctors brought Bernard round and, miraculously, he seemed to have suffered no ill-effects. ‘Apart from not being able to remember anything from the day I collapsed, I was fine,’ he says. His family filled him in on what had happened.

‘It sounded unbelievable. I had come back from the dead,’ he adds.

Bernard was diagnosed with an arrhythmia — an irregular heartbeat caused by an electrical fault in the heart. It had triggered a cardiac arrest, where the heart stops pumping blood around the body, starving the brain of oxygen. 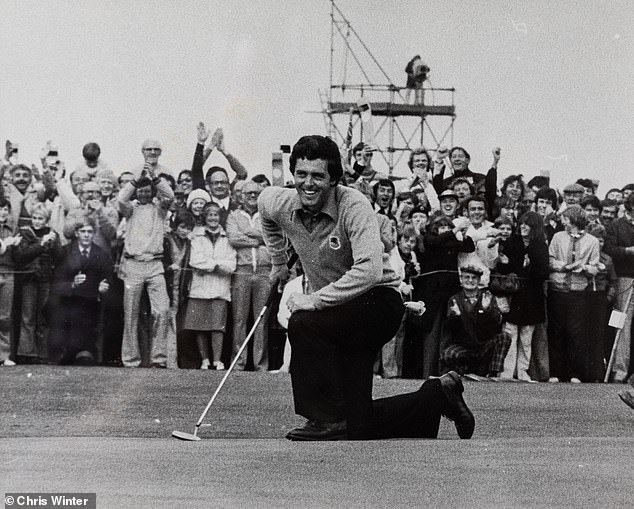 ‘I was told it might never happen again but, in case it did, I was fitted with an implantable cardioverter defibrillator (ICD), which works by detecting arrhythmias and releasing an electrical charge to regulate them.

‘Thank goodness I had it because it went off twice a few months after my cardiac arrest and saved my life. The first time I wasn’t sure what had happened, I just felt strange. But the second time — two weeks later — I had a real sense of impending doom and I called for Lesley to come quickly.

‘By the time she found me, the ICD had kicked in — I’d felt it go off — and I was conscious. She called an ambulance and, at the hospital, the consultant said: “At least you know it’s working.” ’

Every year 100,000 people in the UK die from a sudden cardiac arrest. The most common cause is the heart’s electrical system going haywire, causing the heart to quiver instead of pump.

A cardiac arrest causes a person to lose consciousness and breathe abnormally. With a heart attack, where a clot blocks an artery, they will be conscious and breathing as the heart is usually still working.

A heart attack can lead to a cardiac arrest — other causes include cardiomyopathy, a disease of the heart muscle, which is usually inherited; heart valve disease and heart rhythm problems.

Automated external defibrillators (AEDs) — like the one that saved Bernard, and which can be found in railway stations and other public spaces — release a high energy shock to help the heart re-establish a normal rhythm.

You don’t need medical training to use them as the instructions are easy to follow and it won’t allow a shock to be given unless it’s needed, as it can detect abnormal heart rhythms and will only fire if there’s a problem. 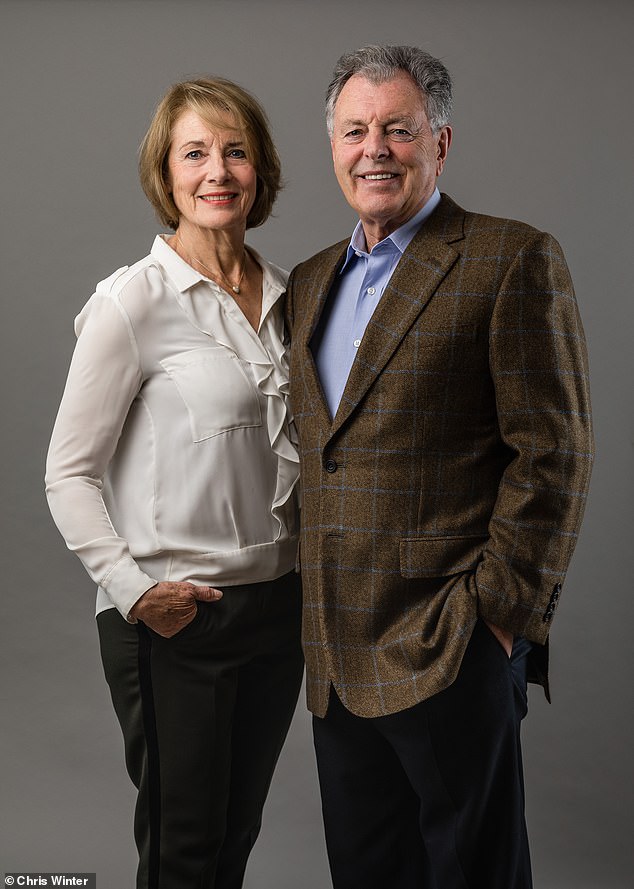 Devoted couple: Bernard, 69, who lives with his wife Lesley, 65, in Ascot, Berkshire

The Resuscitation Council says that fewer than two per cent of people who collapse with a cardiac arrest outside hospital receive treatment with an AED before an ambulance arrives. Only 40 per cent receive CPR from a bystander, either because people don’t know what to do or because they fear they will cause harm.

CPR and defibrillators massively increase the likelihood of survival, says Professor John Somauroo, a consultant cardiologist at the Liverpool Heart and Chest Hospital.

He points to a study published last year on exercise-related sudden cardiac arrest, which found people had a 93 per cent chance of surviving without brain damage if a defibrillator was used, compared to only nine per cent when they were resuscitated without one.

Professor Somauroo says it’s vital to first call 999, administer CPR and then to send someone find a defibrillator.

‘If you don’t attempt CPR within three minutes of the heart stopping, you will have irreversible brain damage,’ explains the professor. ‘Ideally, a defibrillator should be used within ten minutes. It’s no good waiting for the ambulance — every minute counts. You can’t do any harm and you have the capacity to save someone’s life.’

The cardiac specialist said that cardiac arrest can happen at any time — during physical exertion and even while asleep.

‘Golf courses are common places where people collapse with cardiac arrest, but this is more about the demographic than the sport itself,’ says the professor.

‘Around 62 per cent of golfers are male, and cardiac arrests are more common in men who do sport than women (a ratio of 9:1). They are also more likely to occur between 6am and 11am, which is a prime time for golfing.’

Despite the fact that four million people visit golf clubs in the UK, many of whom fall into the at risk category, only one third of the country’s 2,800 courses currently have a defibrillator.

Amateur golfer Barry Duxbury, 78, who lives near Bournemouth, Dorset, had a cardiac arrest last year on the first tee, and was saved by a fellow golfer who had CPR training. The paramedics used a defibrillator when they arrived.

‘I have no memory of what happened. I just know I am very lucky to be here,’ says Barry, who has since had an ICD implantation.

‘One of the very first things I did after I’d recovered was go out and buy my golf club a defibrillator.’

This week, Conservative MP Maura Caulfield is sponsoring a second reading of the Defibrillators Availability Bill, a Private Members Bill to ensure defibrillators are in all schools as well as sports and leisure centres.

The Saving Golfers’ Lives campaign, a joint venture by the charity Arrhythmia Alliance and the golf insurance company Golf Care, is calling for every golf course to have a minimum of two AEDs.

Bernard is backing the campaign. ‘I donated one to a golf club in Scotland. A few months later, a 44-year-old man had a cardiac arrest and the barmaid was able to use a defibrillator,’ he says.

‘People shouldn’t be scared to have a go as AEDs are fully automated — you can’t do any harm, but you might just save a life.’