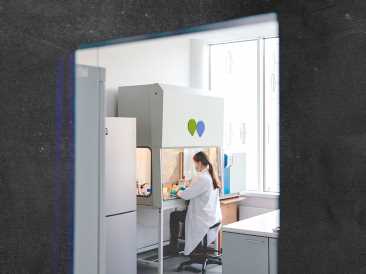 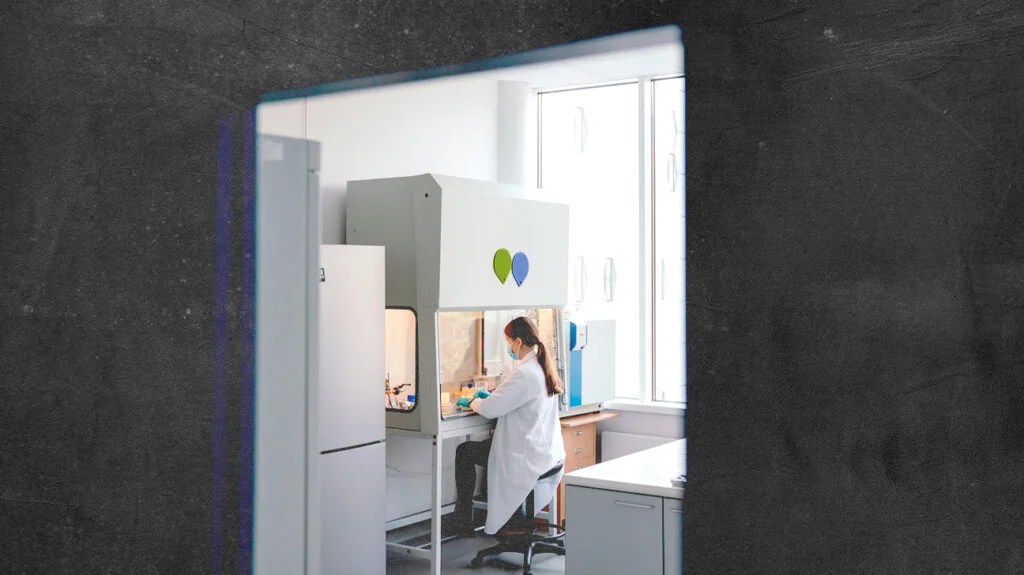 Multiple sclerosis (MS) is a chronic condition that affects the central nervous system (CNS). It is characterized by the immune system attacking myelin sheaths — fatty layers that surround nerve fibers and enable them to communicate.

A study published in early 2022 found that contracting the Epstein-Barr virus (EBV), a herpes virus, significantly increases a person’s risk of MS. Multiple have also found EBV-infected immune B cells in patients with MS.

Researchers still don’t know how EBV may increase MS risk. However, one  suggests that EBV proteins may mimic human myelin proteins and induce an immune reaction against myelin by CNS antigens.

Therapeutics that target EBV-infected B cells and plasma cells may be able to improve MS symptoms.

Of the trials of 24 volunteers, 20 showed signs of improvement or a halt in progression after a year of treatment.

Among 18 patients who agreed to take the drug for up to 39 months, 9 achieved sustained disability improvement, and 7 showed signs of remyelination.

The trial is ongoing; however, it will be presented at a conference by Atara on October 13th, 2022.

For the trial, the researchers treated 24 patients with MS with varying doses of ATA188 for a year. Improvements began within six months of treatment.

After 12 months, 20 reported either improvement in their condition or a halt in decline. None of the patients experienced serious side effects.

Of the original 24 trial participants, 18 continued ATA188 treatment for up to 39 months. Seven achieved sustained disability improvement (SDI) at 12 months and two in the extended treatment period.

Researchers found that those seven participants also showed signs of remyelination, a natural mechanism to repair damage to the protective covering around nerve fibers in your central nervous system, which includes the brain and spinal cord.

“When a patient reaches a certain level of advanced disability, it is rare for them to naturally revert, and any improvement that is sustained would not be expected from the natural history of the disease,” said Mark Freedman, MD, Professor of Neurology, University of Ottawa.

The researchers noted that higher doses led to larger clinical responses. Of the nine patients who achieved SDI, seven received one of the two highest ATA188 doses in the first 12 months or the extended trial period.

They further noted that eight patients who achieved SDI also participated in the extended trial and that seven of these reported SDI at all time points.

As of August 2021, the researchers reported no fatal adverse events, although one patient with secondary progressive MS who had initially achieved SDI experienced a non-treatment-related relapse at 18 months.

“A majority of persons with MS appear to have been exposed to EBV. There is a protein on the EBV that is the same as a protein in myelin. When the body’s immune system attacks the virus, it also ends up attacking the myelin. Clearing the virus would decrease the stimulus for the immune cells to attack the myelin.”

Alex Chapman, vice president of Corporate Communications and Public Affairs at Atara, told MNT that A188 might affect two separate pathways in the brain thought to damage myelin:

“1) Interrupt the cell-mediated autoimmune cascade driven by EBV-infected B cells and 2) Reduce the production of myelin-targeted antibodies made by EBV-infected plasma cells.”

“T cells are able to access the central nervous system (brain and spinal cord) more readily than large antibodies. We already have good clinical evidence of this with one of our other programs using a different type of EBV T cell for cancer,” Chapman explained.

The researchers say their findings demonstrate the potential to halt or reverse disability progression by targeting what may be the root cause of MS.

When asked about the study’s limitations, both Chapman and Dr. Giesser stated that its sample size was small, and thus, further research is needed.

Chapman added that to address this, Atara is actively recruiting for a randomized, Phase 2, double-blind, placebo-controlled trial to further evaluate the efficacy and safety of ATA188 in patients with progressive MS.