Moral reflection can be seen in brain activity and eye movements 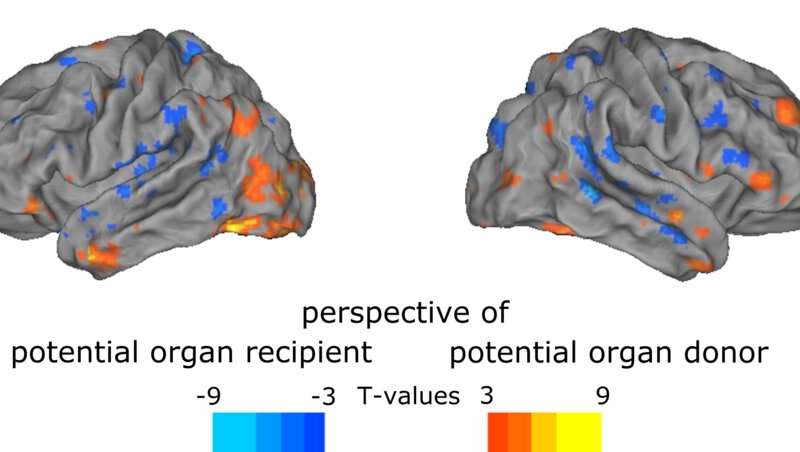 Social neuroscience researchers investigated the effects of similarity by showing subjects the film “My Sister’s Keeper” and asking them to watch the film from either the perspective of the donor sister or the sick sister. The subjects’ brain processing was measured by functional MRI, and at the same time eye tracking was carried out, monitoring where the subject’s eyes were looking on the screen.

“Understanding another person’s point of view is important to reach consensus. It can reduce prejudices and facilitate the development of empathy. We wanted to find out how taking and changing perspective is reflected in brain activity and eye movement,” said Postdoctoral Researcher Mareike Bacha-Trams.

The study involved 30 women who were shown a 25-minute clip from the film, and who were asked to observe the film from different perspectives. There is a moral conflict in the film where Anna refuses to donate an organ to her sister Kate who has cancer.

At the beginning of the film, the researchers told the subjects that the sisters were either biological siblings or that the younger sister had been adopted into the family as a baby.

“When the subject watched the film from the perspective of the organ donor sister, this activated the brain areas where moral thinking occurs. When the viewer watched the clip from the perspective of the sick sister, more of the brain areas were activated which have been found to be involved in empathy and sympathy. Different areas of the brain can be used flexibly as needed,” said Professor Iiro Jääskeläinen.

The viewer’s assumption on whether the potential organ donor and the sick sister were biological siblings confirmed the differences in brain activation and eye analysis between different perspectives.

At the same time, all subjects looked more at the sick sister than the donor sister.

Many of us are stress eating because of the pandemic.