Mixed martial arts and the danger of extreme weight cutting 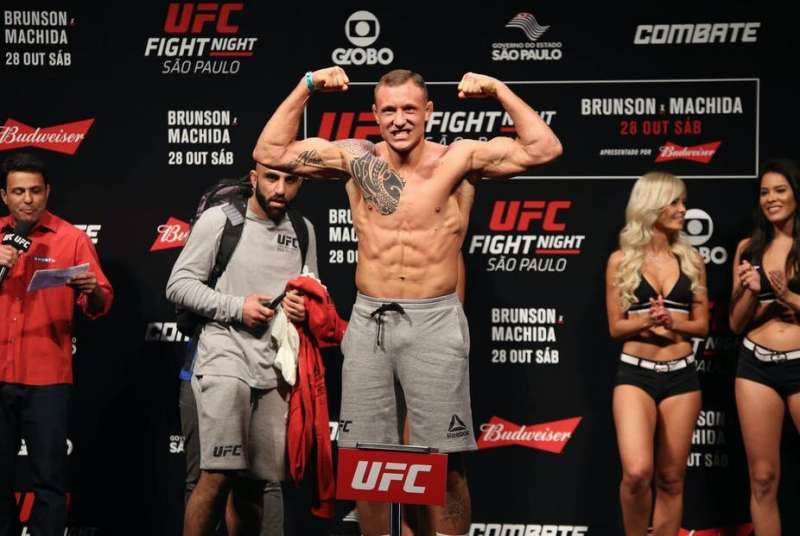 The sight is well known to all fans of mixed martial arts (MMA). A fighter walks onto a stage on a Friday evening, waving to the cheering crowd before stepping onto a scale. The fighter waits nervously for a few moments as an official checks their weight to see if they’ve qualified for their chosen weight division.

Weigh-ins happen the day before every MMA fight. They’re designed to ensure both competitors are the same size, theoretically making a fair contest. Importantly, this is the only time a fighter’s weight is checked by organizers—meaning they only need to be “on weight” for those few seconds. But in order to make sure they qualify for the weight division they’re competing in, MMA competitors will spend weeks drastically reducing their body weight in a process called “weight cutting.”

Weight cutting generally happens in two stages: chronic weight loss (eating less and training more often for several weeks before the weigh-in), and rapid weight loss (taking extreme measures to lose even more weight in the days before weigh-in—such as through eating less or fasting and through dehydration.

After the weigh-in the race is on to regain as much lost weight as possible in the 24 hours before the fight, as it’s believed being larger than your opponent will help you win. This is usually done by eating energy dense foods high in easily digestible carbohydrates and by consuming increased fluids to attempt rapid rehydration.

Though weight cutting is common in all combat sports, as well as in horse-racing, MMA fighters cut more weight than other combat sport athletes, and cut more in the 24 hours before weigh-in using extreme methods. The majority of MMA fighters report using saunas or sweat suits to dehydrate themselves to lose weight. Most also miss up to two meals a day (sometimes even fasting all day) during weight cutting—and sometimes even eating as little as 300-750 calories a day.

Such energy and fluid restriction can reduce brain and nervous system function and a muscle’s speed and capacity to work when required, meaning more effort is needed to complete athletic activities. There are also significant detriments to health to consider alongside these negative effects on performance.

One study tracked a professional MMA fighter during training preparations to see their weight loss and physiological responses to both chronic and rapid weight loss.

Over this eight-week period, the fighter lost 17kg—7kg of which was lost mostly via dehydration in the 36 hours before weigh-in. This caused a severe reduction in their testosterone production, a sign the body does not have enough energy to maintain basic hormone function—which is important for all aspects of health. There was also a sharp increase in cortisol (a hormone linked to our stress response), to break down muscle tissue to provide the energy needed to survive.

This fighter also experienced a large increase in both urea and creatinine in their blood, alongside extremely high blood sodium content, each of which indicate kidney malfunction. Together, these findings would give cause to book this particular fighter into a hospital bed—not a professional fight.

It’s highly unlikely that this is an isolated incident either—with 43% of athletes at a UK MMA event in 2017 found to be severely dehydrated prior to competition, suggesting they hadn’t been able to fully restore their fluids. Alarmingly, the fighters in this study also displayed hydration and weight loss readings similar to those reported in weight cutting fatalities in US collegiate wrestling in the 1990s. It was these tragic events that led to widespread rule and culture changes within wrestling, including changing the timings of weigh-ins and enforcing minimum athlete weights in some places to prevent extreme weight loss.

Following wrestling’s example, since 2017 the California State Athletic Commission have taken measures to reduce the amount of weight that fighters are allowed to cut. But despite this, many fighters are still taking extreme measures to cut their weight—and with negative health consequences.

Since weight divisions were introduced in MMA in the late 1990s, there’s been at least one fighter death formally linked to weight cutting in medical case reports. There’s also the case of Yang Jian Bing who died in 2015 following heart failure while undergoing severe dehydration to make weight for a professional fight. There are also numerous videos and posts on social media showing high-level MMA fighters collapsing both before and during their official weigh-ins, demonstrating the immediate dangers of these practices.

Though it’s currently uncertain what the long-term effects of repeated weight cutting may be, it’s been linked to higher levels of obesity after retirement, eating disorders, kidney damage and endocrine dysfunction.

Despite the widely held beliefs of athletes and coaches, there’s little to be gained from extreme weight loss—with evidence showing it may actually hamper, not improve, performance. Data from high-level and elite MMA competition shows no difference in the amount of weight lost or regained between winners or losers—with most competitors stepping in the cage weighing one to two divisions heavier than their official weigh-in.

Similarly, another study found that MMA fighters who cut more weight lost their fights more often than those who cut less. It has also been shown that fighters who don’t restrict energy as severely during the rapid weight loss stage stand more chance of winning.