Six ways the world has empowered and enabled breastfeeding 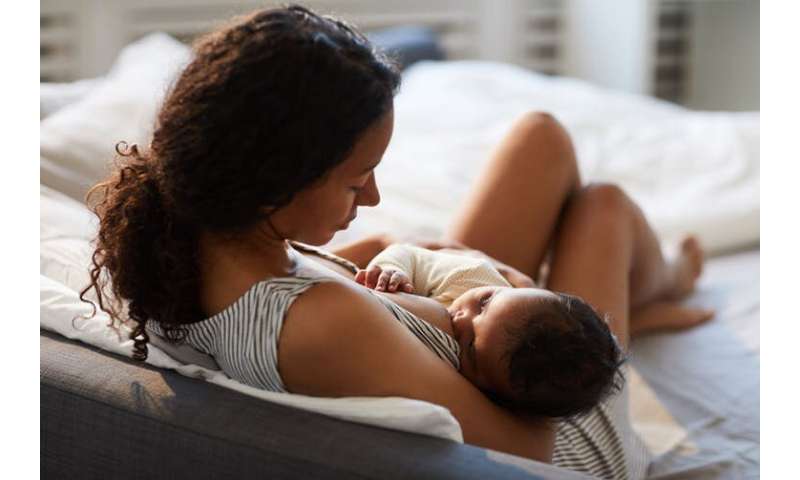 In an ideal world, the value of breastfeeding would go uncontested, and mothers would be supported to do it in all places and spaces. But unfortunately this is not the case. Even in the UK, a country which is so progressive in other health areas, breastfeeding mothers do not receive the support they need to naturally feed their babies and cuts to support services are still being made.

Elsewhere in the world, things are very different, however. As this year’s World Breastfeeding Week focuses on empowering and enabling breastfeeding, here are some of the ways that countries have invested in public health, changed the culture of their society and increased breastfeeding rates.

Want more women to breastfeed? Protect their time to do so. Women in Sweden can take up to 15 months maternity leave at 80 percent pay. This means that they can breastfeed and take care of their babies well beyond the period exclusive breastfeeding is recommended for (six months) without having to worry to about how to pay their bills and keep a roof over their family’s heads. By comparison, women in the UK are entitled to just six weeks’ leave at 90 percent pay before it falls to £148 a week – unless they have additional occupational pay. This has led to one in six mothers with a baby over four months old giving returning to work as a reason for stopping breastfeeding, and is reflected by the fact that just 34 percent of babies receive any breastmilk at six months old in the UK, compared to 62 percent in Sweden. Of course, things are even worse in the US where statutory maternity pay is non-existent.

Kenya identified that exclusive breastfeeding rates were falling partly because women were returning to work. So it created the breastfeeding mothers bill that supported breastfeeding in the workplace. This bill requires all workplaces to offer paid breaks and a private comfortable place with a lockable door. They must also provide a fridge to store milk, a power socket, a sink, and a table and chair. If employers don’t do this they can be fined or even imprisoned.

The international code of marketing of breast milk substitutes was developed in the 1980s to protect families from unscrupulous marketing of formula milk. It does not limit formula milk—which can be vital for those mothers who are unable to breastfeed—but prevents the industry from trying to push their products. Research has shown that promotion of formula milk reduces breastfeeding rates so while the products are still available, in those countries following the code they are not allowed to be promoted in any form.

In 2017, Bangladesh became one of only 35 out of 194 countries who have fully adopted the code meaning that no formula milk, foods for babies under six months, teats or bottles can now be promoted in the country.

Research has shown that babies born in baby-friendly hospitals – an initiative set up by UNICEF and the World Health Organization in 1991 – are more likely to be breastfed. To help protect breastfeeding, hospitals that have gained this accreditation follow ten steps such as staff training, support after birth, keeping mum and baby together, and continued support in the community after discharge.

In Croatia, things weren’t always perfect—manufacturers had managed to get formula promotion into hospital bags meaning that no hospital met the criteria. But things have been turned around, and now all facilities in the country are accredited as baby friendly, and the steps are integrated into national policies, strategies and plans.

Donor human milk banks are lifesaving for premature babies who cannot receive their own mother’s milk, particularly just after birth. According to UNICEF, delaying breastfeeding by between two and 23 hours after birth increases a baby’s risk of dying in its first month by 40%. If breastfeeding is delayed by 24 hours or more, this risk increases to 80%.

Brazil has invested heavily in donor milk provision as part of its strategy to improve breastfeeding rates. They now have around 230 of the 550 milk banks worldwide) and more than 170,000 babies received donor milk in 2015. Not only has this investment meant more babies get donor milk, but this strategy helps improve the perception of the importance of breastmilk too.

Recognising the importance of supporting breastfeeding, Scotland has recently achieved 100 percent baby-friendly accreditation for its maternity and community services as Baby Friendly. The country has also invested £2 million (on top of the existing £2.3 million funding) into breastfeeding support, and £300,000 into donor human milk banks. Integrated infant feeding teams have also been created which bring together maternity and health visiting, infant feeding teams and peer supporters, to provide consistent, joined up care so that mothers can access one visible team for a variety of different needs.