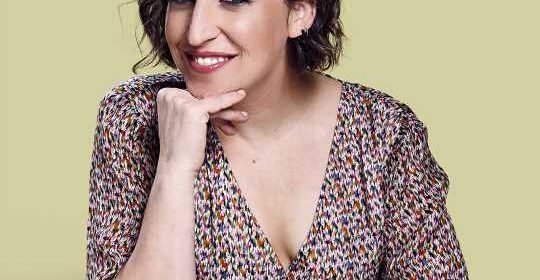 Mayim Bialik is opening up about her decision to reveal her battle with disordered eating on her podcast and why it has become her "favorite" episode.

In the latest episode of Mayim Bialik's Breakdown, the Big Bang Theory alum, 45, publicly discussed her experience with eating disorders for the first time after being inspired by her podcast guest, author and activist Glennon Doyle.

Bialik tells PEOPLE that she "wasn't planning on talking about having an eating disorder" on the podcast, but that Doyle, who has been open about her own past struggles with bulimia and food issues, helped her feel "ready to be vulnerable" and gave her a "safe" space to share her truth.

"I know that it's such a huge component of [Doyle's] story and in books that she's been so open about, that literally in the moment I was like, if she can be brave and be so helpful to people, maybe I can try and be brave too," Bialik says. "That was it. I was not planning it."

Bialik, who created the podcast with boyfriend Jonathan Cohen, notes that she and Cohen were both "surprised" the actress discussed her experience with anorexia, compulsive overeating and restrictive eating. During the episode, Bialik said she's been in recovery from eating disorders for the last two years.

"I just felt really supported by [Doyle]," Bialik says. "That experience I had with Glennon was, I'm ready to be vulnerable. And that's essentially what I believe a lot of us are not taught to do as kids. And then we wonder why we're so anxious."

The actress, who also has her Ph.D. in neuroscience from UCLA, says the episode has become a "favorite" for listeners, as well as for herself.

"It has a very personal connection for me," she says.

"[Doyle] is just this kind of like amazing powerhouse woman who is literally so strong and so vulnerable at the same time. And I just feel so inspired by her," Bialik continues. "That's really the epitome of what we're trying to do with this podcast is try and find places to touch people and show them what it looks like to be imperfect and to have the ability to work towards the life that you want."

The mother of two has long been open about her mental health struggles and tells PEOPLE she wanted to create her podcast as a way for people to "have an understanding of mental health and access to information."

Bialik, who is partnering with brain health supplement Neuriva, says it is important to have a grasp of what goes on in the brain, "an organ that needs support just like our body needs support." As part of Bialik's personal brain health routine, the actress says she has "cut out caffeine in the past year" and is "giving away all of [her] alcohol."

"There's no quick fix for brain health. There just isn't," she adds. "We have to do ongoing things that support overall brain health."

If you or someone you know is battling an eating disorder, please contact the National Eating Disorders Association (NEDA) at 1-800-931-2237 or go to NationalEatingDisorders.org.