Man blind for 40 years regains some sight through gene therapy 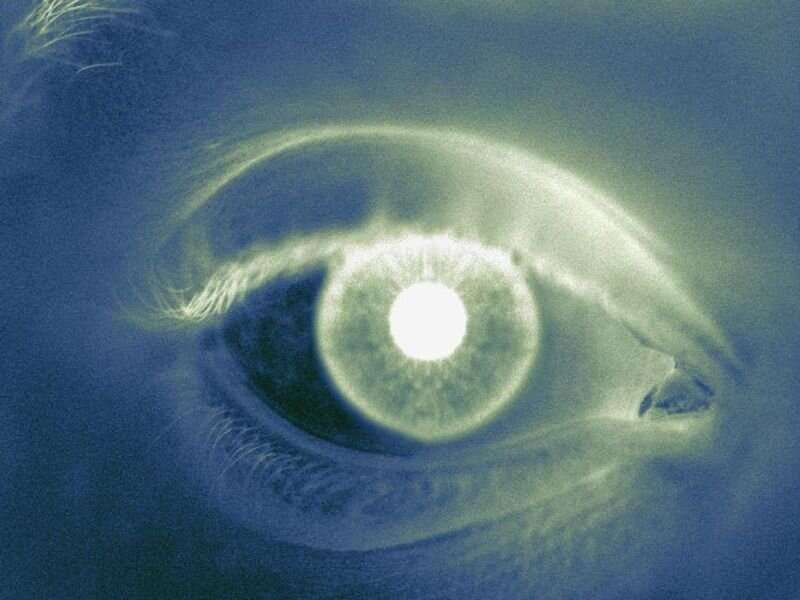 Doctors for the first time have used a form of gene therapy to restore partial vision in a blind person, according to findings announced Monday.

The research team genetically altered retinal ganglion cells to become light-sensitive in a man whose vision was destroyed by retinitis pigmentosa, a genetic disorder that breaks down cells that absorb and convert light into brain signals.

Using special goggles, the 58-year-old man went from total blindness to being able to detect a large notebook, a smaller staple box, glass tumblers and even the stripes of a street crosswalk, researchers reported in the June issue of the journal Nature Medicine.

“This is the first-ever patient that is reporting any kind of improvement through optogenetics,” the gene therapy that made new cells light-sensitive, said lead researcher Dr. Jose-Alain Sahel, chairman of ophthalmology at the University of Pittsburgh.

“This works for potentially the full gamut of patients who have these blinding diseases” involving retinal damage, said Rosen, who was not part of the study.

The structure of the human retina is best described as inverted. Light-detecting photoreceptors are at the far back of the retina, while ganglion cells at the front transmit visual information from photoreceptors to the brain via the optic nerve.

The field of optogenetics involves the genetic alteration of cells so they produce light-sensitive proteins called channelrhodopsins.

In this case, researchers used optogenetics to make the top layer of ganglion cells photo-sensitive, bypassing the non-functioning bottom layer of photoreceptors.

Researchers injected into the man’s eye a hollowed-out cold virus containing the genetic coding for a channelrhodopsin called ChrimsonR, which is capable of sensing amber light.

After giving his retinas five months to accept the genetic alteration, they fitted him with a set of special goggles that projects visual images onto the retina at amber light wavelengths.

The man had to practice with the goggles, but after seven months of training he began spontaneously reporting signs of visual improvement, Sahel said.

“The brain has to learn a new language coming from the retina, because what these ganglion cells are telling the brain are not the normal activity of the ganglion cells,” said senior researcher Dr. Botond Roska, founding director of the Institute of Molecular and Clinical Ophthalmology Basel in Switzerland.

Electroencephalogram (EEG) readings, which measure electrical activity in the brain, showed that the man’s brain was indeed responding to visual input from the eye.

“Therefore, the retina is no longer blind,” Roska said.

Researchers cautioned that the man’s vision is not expected to recover enough to be able to read or recognize faces.

But the amount of vision the man has achieved would be incredibly important to the daily life of a blind person, Rosen said.

“These are people who are completely blind. There’s nothing. They don’t see anything,” Rosen said. “If they could detect large obstacles in their way, that’s huge. Right now, they use a stick to tap around to see what’s in their way. It’s a small step, but it’s also a huge step for these patients.”

More people have been injected with this gene therapy, researchers said, but the COVID-19 pandemic hampered their ability to travel to medical centers where they could train with the special goggles.

“Because of COVID, only this patient was treated in time to be able to test the goggles and to be trained and to be brought back to the hospital and tested properly,” Sahel said.

The man hopes to receive more training and ultimately use his restored vision as much as possible throughout his daily life, Sahel said.

While excited by the report, Rosen urged cautious optimism until more research is done in more patients.