Lots of women find coil fittings excruciating – so what needs to happen next? 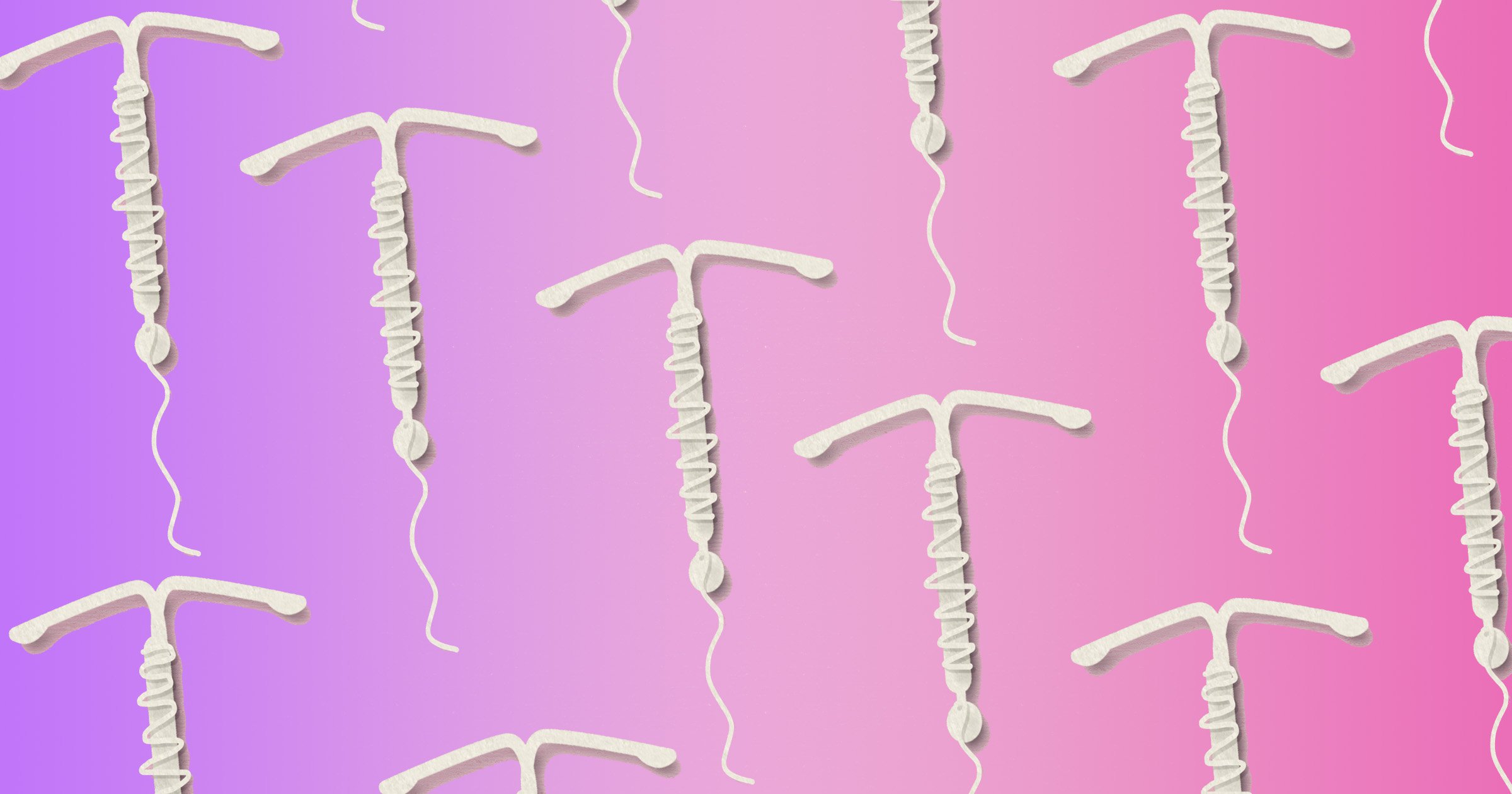 We’re not unfamiliar with the flaws of female contraception.

Usually, it’s one of the many side effects of the contraceptive pill that’s being discussed, such as the bleeding, mood swings, blood clots or depression – there are so many to choose from, after all.

But now the IUD – more commonly known as the coil – is making headlines, as BBC’s Naga Munchetty described having hers fitted as one of the most traumatic experiences she’s ever had.

And, sadly, she’s not alone.

In response to Naga’s comments, experts have said that a coil fitting should not hurt or cause pain.

However, this simply isn’t the reality.

So many women who have had coil fittings are speaking up about their terrible first-hand experiences – as well as the fact that some weren’t offered pain relief as an option.

This was the case for 27-year-old journalist Ellie*.

She tells Metro.co.uk: ‘Getting the coil fitted was honestly the most painful thing I’ve ever experienced.

‘I was never offered any pain relief – like numbing gel or anaesthetic. I didn’t even realise it was an option until I spoke to a few friends afterwards who said they had been given it when they had theirs fitted.

‘I haven’t had a baby, but it’s exactly what I imagine a contraction feels like.’

Katie, from London, was also never offered anything for the pain.

She says: ‘I had my coil fitted a few years ago and it was an extremely traumatic experience. I had to have the next day off work as I was basically bed-bound.

‘I remember being told it might be uncomfortable – especially because I hadn’t had a baby – but I wasn’t offered any pain relief or knew this was going to be an option.’

Likewise, Charlotte – who had her first coil fitted under general anaesthetic – describes having it removed and another one put in as one of the ‘worst medical experiences‘ of her life.

She adds: ‘After being told to “cough” to make the removal easier (it didn’t), the doctor then spent 25 minutes attempting to refit a new Mirena IUD. In that time I was shaking, sweating, crying and trying to stay silent. In the end the doctor said they couldn’t carry on because of how I was reacting and I walked home in agony with a prescription for the pill. I’ve never had the coil again.

‘I never said anything to the doctor afterwards assuming that this was the norm and as an elective procedure I was expected to bear any side effects. Just this morning I mentioned both experiences to my midwife who said “the things men expect women to put up with compared to what they go through is world’s apart.”

‘I’ve warned friends of the coil and so many have reported the exact same experience, but none of us has ever raised concerns – because it’s “normal.” But that’s just what is expected in female contraception, every option has brutal side effects but we just have to accept them because there’s no real alternative.’

But it’s not just the fitting itself that hurts, it’s the aftermath, too.

Anna*, 27, says that her experience was particularly unpleasant. She was going to hospital to have a polyp removed and was having a coil fitted at the same time.

She says: ‘I told my boss beforehand that I was getting it done and that I expected to be back at work straight after. She almost laughed in my face and insisted, having had it done herself, I should take the afternoon off. I am so grateful she did. I really wasn’t expecting it to be as painful as it was, so much so that when it was being inserted, I didn’t want to seem like a “wimp” and complain.

‘I knew how many women had had it done before me and I didn’t want to cause a fuss so I just gritted my teeth through pain that made me want to vomit, cry and run away. I almost laughed when one of the nurses said – very kindly – that I could watch what was happening as they broadcast my innards on a screen, or stare at the picture of tropical fish they’d stuck to the ceiling above the bed. Funnily, neither of those options helped.

‘I was offered some nurofen afterwards, I think. But I would have loved some proper pain relief.

‘As soon as the coil was fitted – and the doctors had given me the biggest sanitary pad I have ever seen in my life to wear – I got the bus home and was in excruciating pain.

‘The painkillers I was given didn’t touch the sides. It honestly felt like someone was punching me in the stomach constantly for about 16 hours.’

These open conversations are crucial – but change needs to take place.

Pain shouldn’t be a ‘normal’ part of the process. In fact, it can be easily solved.

Dr Zahra Ameen, a consultant gynaecologist and obstetrician at the Cadogan Clinic, stresses that women should know that they can ask for pain relief – and not be ashamed to do so.

‘I would encourage the woman to have a discussion with her healthcare provider before the procedure to ask in particular what pain relief is available to her,’ says Dr Zahra Ameen.

‘As a minimum, there should be local anaesthetic gel or injection available to be administered into the cervix before the coil is fitted.’

Dr Ellie Rayner, an obstetrician, gynaecologist and founder of The Maternity Collective, adds: ‘It is important to know that you do not have to tolerate any pain or discomfort and must let your healthcare professional know how you are feeling and/or request them to stop.’

Dr Ellie Rayner says: ‘Local anaesthetic, or even being placed under a general anaesthesia are available in different settings, such as your local sexual health clinic or hospital, and you can discuss the pros and cons of these options with your healthcare professional.’

So where do we go from here?

GP Dr Kandi Aro tells Metro.co.uk: ‘It’s been very enlightening to hear all the painful and difficult stories surrounding coil insertions and removal and it’s important that clinicians respond swiftly and appropriately to address these problems.

‘Women should not have to endure this level of pain for such a procedure.’

She stresses that, as with many aspects of life, there is always room for improvement.

Dr Kandi Aro adds: ‘The answer is not to get rid of intrauterine contraceptive devices because the evidence shows that they are extremely effective and have reduced side effects compared to other contraceptive methods.

‘It is therefore important to firstly ensure that women are counselled thoroughly before having the procedure done and all questions are answered so that they can make an informed decision in their own time.

‘On the day as well, it’s important that they are made to be as comfortable as possible in order not to heighten anxiety.

‘This can be helped by running through any questions they may have and also ensuring adequate pain relief options are available for the procedure.’

There’s now a petition going for better pain relief to be offered to those getting the coil – it can be signed here.

*some names have been changed.