Let’s Stop Ignoring the Truths of Puberty. We’re Making It Even More Awkward. 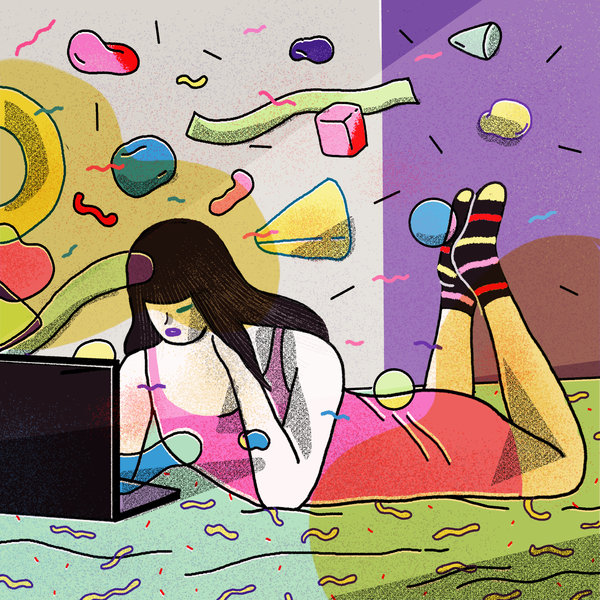 It’s Women’s History Month! You’re reading In Her Words, where women rule the headlines. Sign up here to get it delivered to your inbox. Let me know what you think at [email protected].

“I’d rather they just don’t teach anything if they can’t be honest.”

— Susan Lontine, a Colorado state representative who introduced a bill that would mandate teachings about safe sex, consent and sexual orientation in the state’s public schools

By the time I was 15, most of my knowledge about puberty was gleaned from one-dimensional tales on TV and in movies. I learned what it meant when a pubescent boy carried a book in front of his body (cue laugh track) and that when girls develop breasts, boys (and men) “can’t help but” ogle them. That’s about it.

In the last year or so, TV and film have made strides in representing pubescent girls as complex and awkward beings who also happen to be sex-obsessed (a trait normally reserved for adolescent boys), my colleague Amanda Hess pointed out in a recent piece about the shows “PEN15” and “Big Mouth” and the movie “Eighth Grade.”

“The lustful adolescent girl is having her moment,” wrote Hess, a Times culture critic. “It is not, to be clear, an altogether glorious time,” she said, adding that “girls’ feelings matter, too. And these girls feel so much.”

Such nuances and acknowledgments of female sexuality are largely missing from sex education in U.S. schools, where curriculum is lacking over all.

The majority of states don’t mandate sex ed at all, and just 13 require that the material be medically accurate. Abstinence education remains a pillar of most programs. And that is saying nothing of more complex issues like consent, sexual orientation and gender identity. (In seven states, laws prohibit educators from portraying same-sex relationships positively.)

But to keep up with the times, new efforts to broaden the scope of sex ed are bubbling up.

A pornography-literacy course, titled The Truth About Pornography, was a recent addition to Start Strong, a peer-leadership program for teenagers headquartered in Boston and funded by the city’s public-health agency.

In Colorado, a new comprehensive, student-supported sex education bill is working its way through the state’s Legislature. It would require the teaching of safe sex, consent and sexual orientation, as well as bar abstinence-only sex education. If passed, Colorado would be the ninth state to require that consent be taught.

And today, the first guide to gender-inclusive puberty education was published by Gender Spectrum, a nonprofit organization that works to create gender-sensitive and inclusive environments for children.

Among other principles, the guide — intended to give educators tools they can incorporate into existing course materials — stresses the complexity of gender as the interrelationship between one’s body, identity and expression. The point, according to Gender Spectrum, is to “ensure that no student’s passage through puberty is stigmatized or made invisible.”

Perhaps leading the way is the British government, which last week announced a major change to the nation’s sex education curriculum, the first revision in decades. Starting in 2020, it will cover topics including same-sex relationships, transgender people, menstruation, sexual assault, forced marriage, pornography and sexting.

What do you think is the most urgent topic to add to sex ed curriculum? Let me know at [email protected]

Sign up here to get In Her Words delivered to your inbox.

That’s the percentage of 13- to 20-year-olds who said they know someone who uses gender-neutral pronouns such as “they,” according to a 2016 study. Seventy-four percent also said they were more accepting of people with “nontraditional” gender identities than they were the year prior.

What else is happening

Here are five articles from The Times you might have missed.

“You have to pay with your body.” On the U.S. border with Mexico, migrant women and girls are often the victims of sexual assaults that go unreported, uninvestigated and unprosecuted. [Read the story]

“Afghan women have their own voice, and now they’re raising it.” After 18 years of living free of Taliban rule, hundreds of Afghan women speak out forcefully: We want peace, but not at the cost of the rights we have won since 2001. [Read the story]

“Surprising trend that we didn’t expect.” After a recent study, Google gave raises to thousands of men after determining they were earning less than women in similar jobs. [Read the story]

Not “my grandfather’s Boy Scout troop.” As of last month, the Boy Scouts of America began accepting girls into all its ranks for the first time in its 109-year history. [Read the story]

“What a magic trick we had in Michael Jackson,” writes Wesley Morris, a Times culture critic. In a new HBO documentary, two men accused Jackson of sexually abusing them as children. [Read the story]

For women’s history month, we’re highlighting stories of trailblazing women you may not know, but should. For daily posts, see our Instagram.

Mabel Stark, nicknamed “Tiger Girl” and “Crazy Mabel,” was among the most celebrated animal trainers in a field dominated by men. She performed with tigers until she was nearly 80, and her 5-foot-3, 100-pound body was covered with more than 700 stitches from being bitten, gouged and clawed, though she never blamed her tigers for the maulings.

Stark was never happier than when she was behind steel bars with a dozen or more tigers: “For me, there is no greater thrill than stepping into a cageful of those glorious beasts and matching wits with them.” Read more about Mabel Stark here.

Sign up here to get future installments of In Her Words delivered to your inbox.

Let me know what you think at [email protected].