Lethal 'B' strain killed two after jab was limited 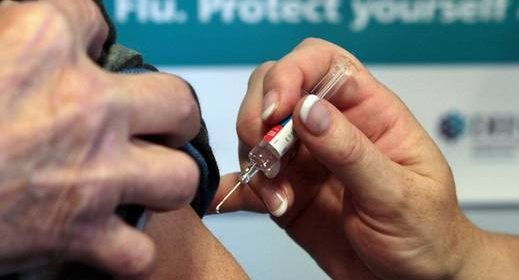 The lethal B strain of meningitis caused two deaths and infected 29 people after health officials decided to limit the free availability of a vaccine to protect against the disease.

The two fatalities from this strain were reported in 2017 – highlighting the ongoing threat of the bug which can kill unless the victim receives urgent treatment with antibiotics.

The HSE had begun offering a vaccine to protect against meningitis B in 2016.

But it is only making it available to infants born since October that year, excluding the majority of children.

Some worried parents are now paying €280 for the B strain jab privately. And there has been a surge in calls to GPs following three deaths from meningitis in late December and early January after a spike in cases.

A campaign started by Catherine Stocker, a Social Democrat local election candidate in Clontarf Dublin, to extend the meningitis B vaccine to older children received over 16,000 signatures yesterday.

The Department of Health said yesterday that none of the recent deaths was due to the meningitis B strain.

A spokeswoman gave no indication that the meningitis B vaccine will be extended soon to older age groups.

She said: “The National Immunisation Advisory Committee has not recommended a catch-up programme for children born before October 1 ,2016. The majority of cases of men B are seen in children less than one year of age.

Read More: No choice: Mother pays €560 to have her children vaccinated after losing HSE battle

“The assessment of which vaccines should be included in the childhood immunisation programme and which age-groups they should be allocated to is based upon the best medical evidence available, which is subject to on-going review.

“The message from the HSE is that parents should ensure their child’s vaccines are up-to-date.”

A routine vaccine against the meningitis C strain was introduced in 2000.

It took many more years for drug companies to make a successful vaccine against the B strain, but a reliable jab became commercially available in 2012.

In October 2016, the HSE introduced the meningitis B jab for all infants as part of the normal schedule of vaccines.

The seven deaths from all forms of meningitis in 2017 involved people ranging in age from three months to 91 years of age.

Anyone can be affected but at-risk people include those aged under five, 15-to-24 and over 45.

People exposed to passive smoking or with suppressed immune systems, such as patients undergoing chemotherapy, are also more at risk.