Katie Byrne: 'Quitting cigarettes is one thing – quitting nicotine is quite another' 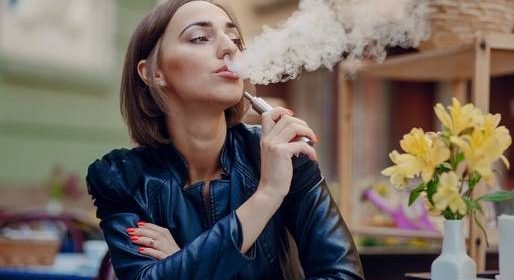 It’s National No Smoking Day today, but as someone who has a chronic nicotine addiction, I’m not entirely sure if I should be celebrating it.

Granted, I don’t habitually smoke cigarettes anymore and that’s an achievement in anyone’s language. But I’m still addicted to nicotine. In fact, I worry that I might be more addicted to it than ever before.

Like a lot of smokers, I swapped cigarettes for e-cigarettes a few years ago. Vaping gives ex-smokers the familiar white plumes of smoke (or rather vapor), the satisfying throat hit (don’t judge – I’m an addict) and the habitual hand-to-mouth action. In other words, it’s pretty easy to make the transition – or at least, as easy as it gets.

The trouble is that it’s almost too easy. Those who might only have smoked outdoors can now vape indoors; those who once worried about the musty smell of tobacco on their clothes need now only worry about the syrupy scents of cola, vanilla and bubblegum.

For someone who is addicted to nicotine, the convenience factor can be the difference between smoking a cigarette every few hours and vaping every few minutes.

And I wasn’t alone. I know dozens of people whose vaping habits have become compulsive; people who thought e-cigarettes could help them wean off nicotine but who actually ended up consuming more of the chemical than ever before.

I eventually swapped vaping for nicotine spray after a friend remarked that I needed my e-cigarette like an astronaut needs their oxygen tank. And while it feels good to be free from the finicky paraphernalia of coils and wicks and whatnot, the truth is that I’ve simply found another long-term nicotine replacement.

There is no doubt that vaping and other forms of nicotine replacement therapy (NRT) have helped millions of people to quit smoking but it’s important that we see through the smokescreen and recognise that these companies aren’t always focused on freeing people from nicotine dependence.

Good vape shops, for example, will help new customers to devise a programme that allows them to gradually reduce their nicotine intake and, with it, their vaping habit. The problem, of course, is that the vast majority of these businesses are too busy trying to reposition the vaping habit as a casual “hobby”. The global smoking cessation market is expected to reach over $22bn by 2024. When you consider these eye-watering figures, you begin to understand that nicotine products like gums, lozenges, e-cigarettes and so-forth are being used as long-term lifestyle drugs rather than temporary quit aids.

Again, it’s a much better proposition than being addicted to cancer-causing cigarettes, but it’s still a form of addiction and addiction is still a drag (even when it has a fresh minty flavour).

On National No Smoking Day, we hear about the thousands of people who successfully quit the habit (80,000 Irish people have given up smoking over the past three years, according to a recent Healthy Ireland survey) but we hear nothing about the people who are still addicted to nicotine-based products. Nor do we hear about the emerging health threat of teenage nicotine addiction

The FDA recently described the use of e-cigarettes among young people as an “epidemic”. What’s interesting is that this generation never smoked cigarettes. What’s more, they are addicted to new generation, nicotine salt-based e-cigarettes like Juul, which deliver a smoother and faster throat hit.

Ireland aims to be completely tobacco-free by 2025, and while that’s a target that we can all get behind, we should be careful not to trivialise the issue of nicotine dependence in the process. More than that, we should understand the true success rates of NRT – that is the numbers of people who successfully quit all nicotine products after using them – before we recommend them to quitters.

After years of using nicotine-replacement products, I’m beginning to realise that only good old fashioned cold turkey is going to help me overcome nicotine dependence, just as I’m beginning to wonder if I’ve been delaying the inevitable all along.