F.D.A. studies show the shot strongly protects against severe illness and may reduce spread of the virus. But the drugmaker has fallen short of initial production goals. 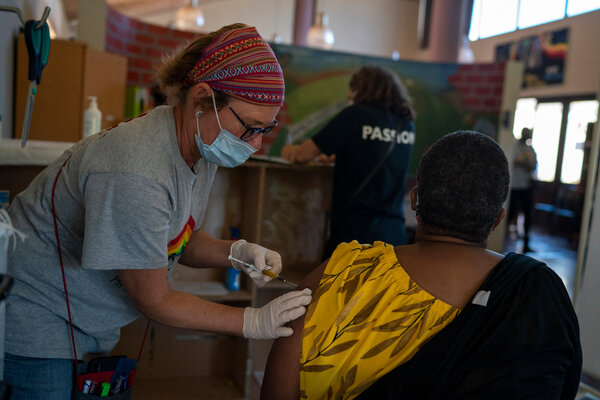 The coronavirus vaccine made by Johnson & Johnson provides strong protection against severe disease and death from Covid-19, and may reduce the spread of the virus by vaccinated people, according to new analyses released Wednesday by the company and the Food and Drug Administration.

The reports provided confirmation of the initial results announced by Johnson & Johnson late last month, indicating that the United States is likely to soon have access to a third coronavirus vaccine developed in under a year. The F.D.A. could authorize the vaccine as early as Saturday, depending on a vote by its vaccine advisory panel on Friday, and distribution could begin within days.

If cleared, the vaccine would reach a number of firsts for the U.S. pandemic. Unlike the authorized vaccines made by Pfizer-BioNTech and Moderna, which require two doses, Johnson & Johnson’s is just a single shot, allowing the number of fully vaccinated Americans to rapidly increase once it is deployed. More than 44 million Americans have received at least one dose of the Moderna and Pfizer vaccines, but only around 20 million have received a second dose.

Those earlier vaccines use a new technology called mRNA that needs freezers for long-term storage. Johnson & Johnson’s vaccine, which uses sturdier viruses to deliver genes into cells, can keep for three months at normal refrigeration temperatures, making it easier to distribute and easier for pharmacies and clinics to stock. The White House on Wednesday said around two million doses would be ready to allocate to states next week, with up to another two million for pharmacies and community health centers.

The documents published by the F.D.A. on Wednesday showed that the new vaccine had an overall efficacy rate of 72 percent in the United States and 64 percent in South Africa, where a concerning variant emerged in the fall that is now driving most cases. The efficacy in South Africa was seven percentage points higher than earlier data released by the company showed.

The vaccine also showed 86 percent efficacy against severe forms of Covid-19 in the United States, and 82 percent against severe disease in South Africa. That means that a vaccinated person has a far lower risk of being hospitalized or dying from Covid-19. None of the nearly 22,000 vaccinated people in the trial died of Covid-19.