‘It’s Tough to Get Out’: How Caribbean Medical Schools Fail Their Students

Last summer, when Dr. Sneha Sheth went online to begin filling out applications for residency — the next stage of her training after medical school — she was hit with a jolt of disappointment.

Of the 500 residency programs she was considering, nearly half had been labeled unfriendly to international medical students, like her, by the website Match a Resident, which helps medical students abroad navigate the U.S. residency application process. Dr. Sheth submitted her applications in September and spent months on edge. Then came the distress of rejections from numerous programs, and no responses from others.

The frustrations of the match process, which assigns graduates to programs where they can begin practicing medicine, made Dr. Sheth question whether she had been foolish to enroll in a Caribbean medical school. She had spent tens of thousands of dollars but ended up shut out of American residency programs (although she recently landed a spot in a Canadian one).

In the 1970s, a wave of medical schools began to open across the Caribbean, catering largely to American students who had not been accepted to U.S. medical schools; today there are roughly 80 of them. Unlike their U.S. counterparts, the schools are predominantly for-profit institutions, their excess revenue from tuition and fees going to investors.

Admissions standards at Caribbean schools tend to be more lax than at schools in the United States. Many do not consider scores on the standardized Medical College Admission Test as a factor in admissions. Acceptance rates at some are 10 times as high as those at American schools. They also do not guarantee as clear a career path. The residency match rate for international medical graduates is about 60 percent, compared with over 94 percent for U.S. graduates.

In 2019, Tania Jenkins, a medical sociologist, studied the composition of U.S. residency programs and found that at more than a third of the country’s biggest university-affiliated internal medicine programs, the residency population was made up overwhelmingly of U.S. medical graduates. Caribbean medical school students match into residencies at a rate 30 percentage points lower than their U.S. counterparts.

“U.S. medical school graduates enjoy tailwinds,” Ms. Jenkins said. “Caribbean medical students experience headwinds. They have a number of obstacles they have to overcome in order to be given a chance at lower-prestige and lower-quality training institutions.” 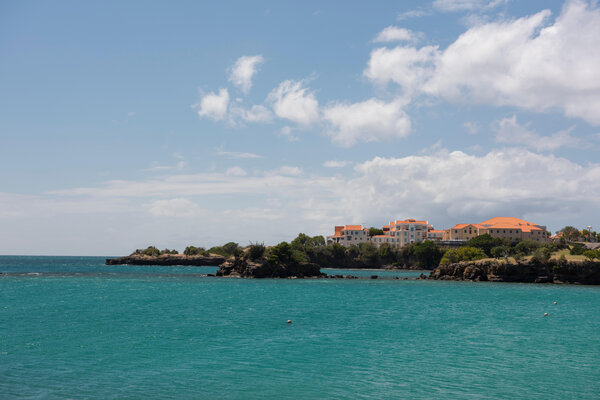 In recent years, medical educators and accreditors have made a more concerted effort to evaluate the credibility of those institutions, with the goal of keeping applicants informed about subpar Caribbean schools, which charge tens of thousands of dollars in tuition and fees and sometimes fail to position their students for career success.

That effort has largely been led by the Educational Commission for Foreign Medical Graduates, which reviews and provides credentials for graduates of foreign medical schools, including documentation of their exam scores and their academic histories. In 2010, the commission announced an initiative requiring every physician applying for certification to have graduated from an accredited medical school. The group also said it would more closely scrutinize the standards for organizations that accredit medical schools around the world. The new rule will take effect by 2024.

“I’m very concerned about students’ being taken advantage of by schools that may not give them proper information as to how they’re going to learn and what their opportunities are going to be when they finish school,” said Dr. William Pinsky, head of the commission.

He said he hoped that students would be better protected by 2024, when accrediting organizations plan to complete evaluations of all international medical schools through a more rigorous accreditation process.

One of the primary accrediting bodies for Caribbean medical schools is the Caribbean Accreditation Authority for Education in Medicine and Other Health Professions, known as CAAM-HP. Lorna Parkins, executive director of the organization, said that some of the key factors the group considers in denying accreditation include high attrition rates and low exam pass rates.

But Caribbean schools occasionally misrepresent their accreditation status on their websites, Ms. Parkins added. She sometimes hears from students who are struggling to transfer out of lower-quality schools.

“It’s my daily concern,” Ms. Parkins said. “I know students have very high loans, and their families make great sacrifices to educate them.”

Applying to medical school in the United States requires a certain level of know-how: how to study for the MCAT; how to apply for loans; and how to make yourself competitive for a select number of spots. Applicants with less access to resources and mentoring are at a disadvantage and are sometimes less aware of the drawbacks of international medical education.

Dr. Yasien Eltigani, 27, who is Sudanese and immigrated from the United Arab Emirates to the United States, said he had little assistance in navigating the obstacle course of medical school applications. He applied to only nine schools, all in Texas, not realizing that most U.S. students apply more widely, and was rejected from all of them. Two years later, when he saw a Facebook advertisement for St. George’s University in Grenada, he decided to apply.

Looking back, he says he wished he had reapplied to American schools instead of going the Caribbean route. Although he was able to match into a residency program, which he recently started, he found the process to be anxiety-inducing.

“If you fall behind in a U.S. medical school, your chances of matching are decent, whereas in a Caribbean medical school you’re at risk,” he said. “As an immigrant, I didn’t have much in the way of guidance.”

Caribbean medical school administrators say their intentions are straightforward: They aim to expand opportunities for students to go to medical school, especially those from racially, socioeconomically and geographically diverse backgrounds, to include people who might not have traditionally pursued careers in medicine.

“U.S. medical schools have more applicants than they know what to do with,” said Neil Simon, president of the American University of Antigua College of Medicine. “So why do they object to medical schools that have obtained approval and are educating a student population that is much more diverse? Wouldn’t you think they’d welcome us with open arms?”

Mr. Simon said that he was aware of the bias that A.U.A.’s graduates confront as they apply for residency positions in the United States and that he saw the stigma as unfounded. He added that international medical graduates were more likely to pursue family medicine and to work in underserved areas, especially rural communities.

But experts say that the proliferation of for-profit medical schools does not always serve the best interests of students. The Liaison Committee on Medical Education, which credentials U.S. schools, did not recognize any for-profit schools until 2013, when it changed its stance following an antitrust ruling mandating that the American Bar Association accredit for-profit law schools. Among medical educators, substantial skepticism still exists toward the for-profit model.

“If medical students are viewed as dollar signs rather than trainees that require lots of investment, support and guidance, that fundamentally changes the training experience of these students and the way their education pans out,” Ms. Jenkins said.

Some students at Caribbean medical schools said the quality of their education had declined even further in recent years as some campuses faced natural disasters.

In 2017 when Hurricane Maria hit Dominica, where Ross University School of Medicine’s campus was situated, the school decided to offer its students accommodations on a ship docked near St. Kitts. To some of the students, this sounded like an adventure. But as soon as they arrived on the boat, they realized that it did not lend itself to rigorous study.

With few study spots or electric outlets available on the ship, Kayla, a first-year-student, awoke each day at 2 a.m. to claim a place where she could study for the day. (Kayla asked to be identified by just her first name so that she could freely share her experience.) Her exams were held in a room filled with windows that looked out over the ocean waves. She and her classmates said that if they looked up from their tests, they had immediately felt nauseated. She couldn’t take Dramamine, she said, because that exacerbated her fatigue. Some of her classmates left before the semester ended because they could not handle study conditions on the ship.

“We understand that extenuating circumstances posed challenges for all,” a spokesman for Adtalem Global Education, the parent organization of Ross University School of Medicine, said in an email. “We took extraordinary measures to provide options for students to continue their studies or to take a leave of absence until campus facilities could be restored.”

But the combined challenges of these schools have given way to a saying: “It’s extremely easy to get into Caribbean schools,” said Abiola Ogunbi, a recent graduate of Trinity Medical Sciences University in Saint Vincent. “But it’s tough to get out.”

As accreditation standards evolve, Ms. Jenkins said one of the most critical ways to protect students was to ensure transparency from the schools. “People should go into their training with their eyes wide open,” she said.