HPV vaccine to be extended to teenage boys after Hiqa recommendation 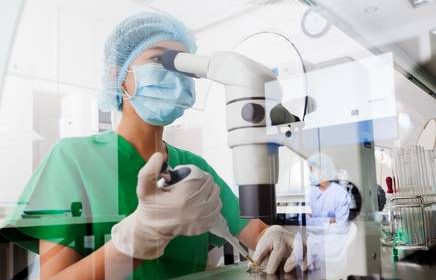 THE health minister is set to extend the HPV vaccine to boys after the health watchdog Hiqa today recommended it be rolled out.

Simon Harris had previously indicated that he was in favour of giving teenage boys the vaccine, with the Government saying it will provide funding to starting giving the vaccine at the next academic year

Hiqa also recommends that both girls and boys get a new form of the vaccine which  protects against an additional five types of HPV.

The watchdog also said the vaccine is safe.

Hiqa’s Director of Health Technology Assessment and Deputy Chief Executive, Dr Máirín Ryan, said: “The burden of HPV-related disease is substantial, with HPV responsible for approximately 1 in every 20 cases of cancer across the world.

“This assessment demonstrates that the HPV vaccine provides effective primary prevention against HPV infection and HPV-related disease, and that the vaccine is safe.”

Minister Harris said: “Funding has already been made available in the budget to facilitate the introduction of this initiative in 2019, subject to a favourable recommendation being made in the assessment report.

“The content of the assessment report will be reviewed by officials in my Department and I expect to make an announcement on this proposal shortly.”

The Minister is attending a council meeting of EU Health Ministers today (7 December) where vaccination will be a key focus and Ministers will discuss the challenges presented by an increasingly digitised world.

He added:“There have been attempts to spread fear and scaremonger. This came to light here in when there was an attempt to link the HPV vaccine with serious side effects. This continues to be a problem for Member States.

“This can have negative, and potentially long-lasting, consequences, particularly when such views are spread through online media.”

Girls in their first year of secondary school are currently offered the 4-valent vaccine, which protects against four types of HPV.

It advised that the National Immunisation Schedule switches from the 4-valent vaccine to the 9-valent vaccine, which protects against an additional five types of HPV, and that the vaccine is extended to boys of the same age.

Dr Ryan said :“Vaccinating girls with the 9-valent vaccine is estimated to be cost saving and more effective than the existing girls-only 4-valent programme.

“A gender-neutral 9-valent vaccination programme, where both boys and girls are vaccinated, is estimated to be more effective than the girls-only alternative.

“It is likely that gender neutral 9-valent vaccination would also be cost-effective in light of the conservative assumptions used with regard to final cost, uptake rate and protection provided against all types of cancers.”

It also considered the ethical and organisational issues for giving the vaccine to boys.

“Over 20 years, a gender-neutral 9-valent programme will prevent an estimated 101 additional cases of cervical cancer compared with the current girls-only 4-valent programme.”

The final report and recommendations have been informed by four systematic reviews, an economic evaluation, an ethical and organisational analysis, intensive engagement with an expert advisory group and a six-week public consultation which received 242 submissions.