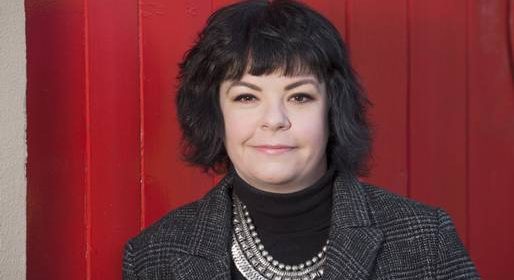 Iwas diagnosed with epilepsy at the age of 19. To say it was a shock is an understatement. I never had any symptoms or signs. One day, I was in my apartment, minding my own business, and I had a tonic-clonic seizure. My housemate called an ambulance and I spent a few days in hospital. I don’t remember any of this – probably due to the fact that I hit my head quite hard on the coffee table as I fell.

Apparently, I had many different brain scans. A relative of mine had a brain haemorrhage because of a malformation of the blood vessels in his brain and it can be hereditary, so they did lots of tests to rule that out. No brain haemorrhage thankfully, just a common tonic-clonic seizure with no apparent cause. At the time, they didn’t say it was epilepsy. I learned that it is quite common for people to have them once in their lives and never again. It’s all a bit of a blur, but I left the hospital that time assuming it was just a weird blip and wouldn’t happen again.

It did happen again. Pretty soon, in fact.

When I had the second seizure, they diagnosed it as epilepsy. I was prescribed medication and went through the awful trial and error of trying to get the dose right. In the beginning, the amount I was on made me feel like a zombie. I couldn’t function, couldn’t study, couldn’t practice properly (I was studying music). Things improved, partly because they lowered the dose, and partly because I got used to it.

I got used to a lot of things: the medication every day, looking after myself a bit better, not being able to drive, trying to get enough sleep, leaving gigs and nightclubs if there were flashing lights. There are two things I found more difficult to get used to: having seizures and living with the fear of having seizures.

Seizures are horrible. They are hard to explain and they are different for everyone. When I feel one coming, I get this huge rush of something that is a mix of euphoria and terror. I want to scream but my jaw locks. I really need to call for help but I can’t. Then I black out and when I come around I have no idea what’s going on for a while.

Apparently, I say some really weird words in that half hour before my brain kicks back in properly. I always ask people to tell me what I said because, to be honest, it’s pretty hilarious. That’s not the worst of it though. How can I describe the day or two after? Imagine not having been to the gym in ages, and you do a crazy hard workout. After that you decide to get really drunk. You wake up the next day with a pounding hangover, that stiff, sore, day-after-a-mad-workout feeling, and you get a blinding migraine to top it all off. That’s how I feel for the couple of days after a seizure. It’s not pleasant.

For me, seizures aren’t the worst part of epilepsy. They didn’t happen too often and I haven’t had one in six years. The worst part is living with the fear.

At the time of my diagnosis, I was studying music and a big part of that is performing in front of people. Getting up on stage is scary. It’s even scarier when you’re worried you might have a seizure and wet yourself in front of an audience. You know what else is scary when you are living in fear of having a seizure? Walking around town, being in a busy pub, a shopping centre, crossing a busy road, being on public transport, in the cinema, in a restaurant, anywhere that people can see you. Conversely, it’s also really scary being on your own, whether that’s out and about, or in your own home. You wonder what would happen if you were alone and you hit your head, or drowned, or started a fire. You start to fear everything you ever thought was normal.

I suffered from anxiety when I was young, which probably didn’t help matters much. I went from spending days or weeks hiding out at home, to days or weeks of being reckless.

Gradually, I settled down. I accepted my diagnosis, accepted that fear was part of it, and that the fear helped me to be careful and look after myself. I wouldn’t say that we are friends, the fear and I, but we have come to an understanding. We have a truce. I’m 36 now and seizure-free for six years. I have my own business, a music school. I teach and my work is very rewarding. I drive, I socialise, I enjoy my life. I have achieved everything that I would have achieved had I not had epilepsy.

Maybe I even achieved more, because I think it gave me a determination to succeed that I didn’t have before my diagnosis. I’m still afraid sometimes but I choose to see the fear as a healthy reminder of what I have overcome.

It can be difficult to understand these feelings if you don’t have epilepsy, but I imagine those of you who do can relate to some of what I describe here. Remember though, if you are currently experiencing any of this, that things can really change for the better if you face your fears, and ultimately overcome them.

Fact file: What is epilepsy?

Epilepsy is a neurological disorder which affects the brain. It is a tendency to have repeated seizures. This tendency can be long-term, but the seizures can be controlled – meaning that a person can have epilepsy, but they may not have active seizures. Seizures can start in a part of the brain or happen in both sides of the brain at once.     Nearly 40,000 people in Ireland have epilepsy, as do 50 million people worldwide. For many sufferers, their epilepsy affects them most while seizures are active. For others, the impact of having epilepsy may be longer term, if their seizures continue.

In half of cases, there is no known cause. The person has no illness, disease or damage to explain epilepsy. This is called idiopathic epilepsy.

Some causes are inborn or developmental, such as genetic abnormalities or structural problems in the brain, like malformed veins or areas which have not developed normally.

Genetic factors can be unique to the person or hereditary. Most people with epilepsy have no family history of it, but some epilepsies are more common in some families. A low seizure threshold, which can reduce the brain’s resistance to a seizure, may run in families. Some epilepsies are genetic, but may not be inherited. A genetic change may be part of the person’s unique genetic makeup, but may not affect their family members. Research into genetics and epilepsy is finding more and more genetic causes for epilepsy.

⬤ How is the disorder treated?

The main treatment for epilepsy are anti-epileptic, or AEDs for short. The AED prescribed will depend on the seizure type. Sometimes more than one AED is needed. AEDs are all designed to stop too much electrical activity in the brain. The goal is to stop the seizures completely using one drug, or the fewest drugs with least side effects. This can sometimes take time to achieve. Seizure control is more likely when you are taking medication as prescribed and not changing it unless guided by your doctor or specialist nurse.