How does hormone therapy affect heart health in transgender people? 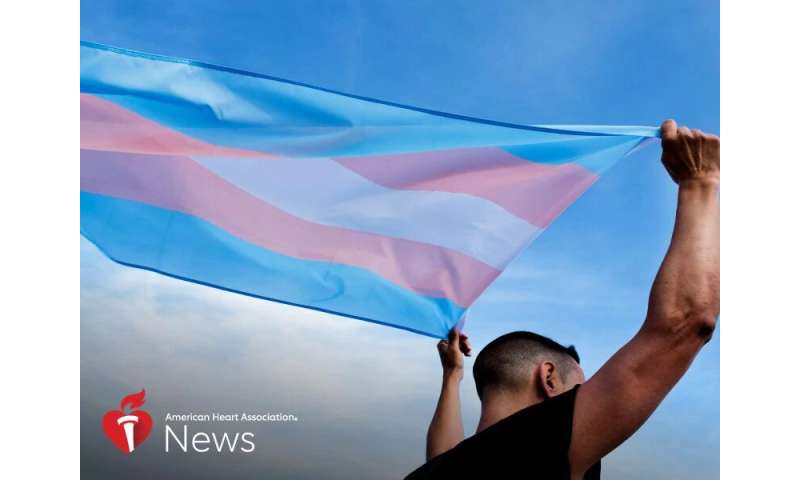 Cardiovascular health in transgender people requires a multifaceted approach to care, according to a new report that looked at a range of issues in how hormone therapy affects heart health.

The study, published Monday in the American Heart Association journal Hypertension, set out to create a guidepost for future medical care by examining past research on hormone therapy and transgender individuals, who makes up an estimated 1-in-200 people in the U.S.

“We already know sex hormones are important to cardiovascular health, and now we have people being exposed to high levels of sex hormones they normally would not have, which could be associated with cardiovascular benefit or risk. If there’s a risk, we have to find how big the risk is and how we can manage it,” said Delles, a professor at the Institute of Cardiovascular and Medical Sciences at the University of Glasgow.

After reviewing dozens of studies, the researchers concluded the use of estrogen by transgender women may be associated with an increased risk of heart attack and ischemic stroke. On the other hand, the use of testosterone by transgender men did not seem to increase cardiovascular risk.

Dr. Paul Connelly, one of the study’s researchers, said those findings were somewhat unexpected, because estrogen is thought to reduce inflammation and have a protective effect on the vascular system, while testosterone is thought to have a more mixed effect with some negative impact on cardiovascular health.

“How we think these sex hormones act within the vascular system is really not what we’re seeing in transgender patients as a whole,” said Connelly, a clinical research fellow at the University of Glasgow. “It opens a lot of questions about how we can limit any potential risk and allow transgender adults to have better evidence based-guidance to manage their health.”

The study focused on gender hormone therapy’s affect on cardiovascular health, but it also concluded that hormone therapy also impacts bone metabolism and the risk of malignancy. As a result, “a cross-disciplinary approach is required to provide transgender people with optimal care,” the report said.

It also concluded there wasn’t enough evidence to assess the long-term effects of “pubertal suppression,” or using medication during puberty to suppress sex hormones. The report also said questions remain about whether researchers should compare transgender individuals with people of their birth sex or their adopted gender.

Jae Sevelius, a professor at the Center of Excellence for Transgender Health at the University of California in San Francisco, called the study “a really important paper because it highlights the gaps in what we don’t know and provides a springboard  for future research.”

Sevelius, who was not involved in the study, said the paper points to the need for doctors and researchers “to take a community participatory approach … It’s important to make sure that we’re speaking the language of the trans community, giving them accurate information, and also asking them ‘What do you think the most pressing research questions are?'”

A 2015 survey showed about a quarter of transgender people don’t seek preventive care because they fear discrimination.

“Some doctors who don’t fully understand transgender health care might, with the best of intentions, tell a transgender woman who smokes ‘When you quit smoking, we can start you on these hormones,’ not understanding that hormones themselves can be a lifesaving treatment, and it really should be the patient making an informed decision,” she said.

Connelly agreed. “Probably the most important thing is to make the transgender community aware that we’re not trying to reduce access to treatment, but to offer them a way to use hormones safely and lower any potential risk to their cardiovascular health,” he said.

To key to risk reduction is conducting large, in-depth studies that could untangle the mysteries of how gender hormone therapy affects health. Future research on the topic is “urgently required,” the study said.