How dieting after middle age could shorten your life 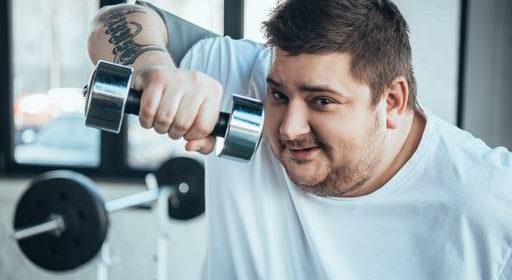 Obese people are shortening their lives if they slim to a “healthy” weight from their middle age, a study suggests.

People who are dangerously overweight – with a Body Mass Index (BMI) above 30 – are encouraged to discuss losing weight with their doctor, to avoid conditions such as type 2 diabetes, heart disease and strokes.

But research by Chinese scientists, who looked at the health records of more than 36,000 people in the US, found those who were obese after 47, but went on to lose their excess weight, were more likely to die earlier than those who stayed overweight.

They linked weight loss in that age group to a 30pc increased risk of mortality. Putting weight on in middle age and later life, conversely, was not associated with premature death.

The biggest risk came for those who had been obese throughout adulthood, with early death rates increasing by 72pc, suggesting it is not just gaining weight that matters, but also the stage of life.

Writing in the ‘BMJ’, the authors said: “Stable obesity across adulthood, weight gain from young to middle adulthood, and weight loss from middle age to late adulthood are associated with increased risks of mortality.

Obesity in adults is known to be linked to a higher risk of premature death, but little is known of long-term effects of weight change in adult life, especially from young to middle age.

Deaths from any cause, and specifically from heart diseases, were recorded for an average of 12 years, during which time there were 10,500 deaths – 29pc of the total.

Researchers found those who stayed obese in adult life had the highest risk of mortality but the risk dropped with age.

The researchers say it suggests that prevention of further weight gain may be more important than encouraging people to diet once they have piled on the pounds.

They added that further research was required to examine the impact on health of dramatic weight loss.

Previous studies have shown that weight is protective in later life, a finding dubbed the “obesity paradox”.