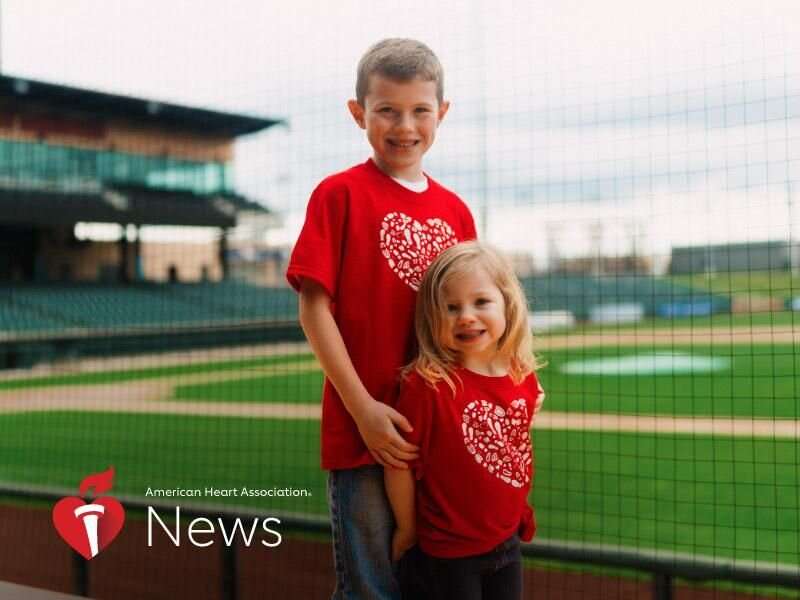 When 4-year-old McCoy Tittsworth met his sister, Molly, hours after she was born, he held her swaddled body and kissed her on the cheek. She was the little sister he’d prayed to have.

A day later, while she was waiting to be discharged from the hospital in Wichita, Kansas, her oxygen levels started to slowly drop. She developed a barely perceptible whistle when breathing.

A nurse told Molly’s parents, Janelle and Ryan, she was taking the newborn for more testing. Soon, a cardiologist told them Molly had been born with a congenital heart defect. A passageway for blood in her heart wasn’t formed enough to do its job. It’s called an interrupted aortic arch, and it required specialized treatment at another hospital.

Molly was airlifted to a Kansas City hospital a three-hour drive away.

McCoy had been expecting to welcome his sister home that day. Instead, Janelle kneeled to meet his eyes and said, “Your baby sister is with the doctors.”

She and Ryan then took McCoy to preschool, not knowing how long it would be before they saw their son again or even if they would return with his sister.

As soon as they left him, Janelle collapsed into tears.

Molly also had a hole in her heart. And she had aortic stenosis, restricting the blood flow in her heart. Because of her age, doctors performed a temporary fix. When she was a week old, they placed a stent in her heart.

Molly stayed in the pediatric ICU until she was 4 weeks old. When she came home, McCoy kissed her and held her for several minutes. Janelle sobbed with joy as she watched a moment she’d feared might not happen.

Molly was able to return home because of a smartphone app the hospital used for monitoring.

“We monitored her every detail and had to record every bottle, diaper, weight, oxygen levels, color, etc., as well as taking videos,” Janelle said.

By the time Molly was 8 months old, she was ready for a permanent fix.

Surgeons reconstructed and patched her aortic arch, then repaired the hole in her heart. She was in the hospital for five weeks.

“The doctor said that it was one of the riskiest surgeries he’d ever done,” Janelle said. “That just made my heart drop.”

“People ask me if the next surgery will be easier,” Ryan said. “Maybe it will be medically, but emotionally it’s only going to get harder on all of us because she can talk now and is more her own person.”

Life during the COVID-19 pandemic has been more challenging, especially when McCoy, now 9, contracted the virus after he returned to school this fall.

“We’re over-the-top careful with Molly,” Janelle said. “Even strep and the flu is a concern. But we can either put her in a bubble or let her live. We do our best.”

“It’s so fun to watch them,” Janelle said. “They still fight like siblings, but he looks out for her and takes care of her. He truly is her biggest fan.”

The family participated in this year’s American Heart Association Heart Walk in Wichita, and their team was the top fundraiser.

“This whole thing has consumed our lives for so long, and now we’re ready to give back,” Janelle said. “We have a huge support system from our friends, family and colleagues. They’ve been so generous and supportive during Molly’s journey.”

The couple also have leaned into their faith for support and felt blessed by the many prayers Molly has received.

For now, Molly is not aware of any limitations nor is she self-conscious about the scar from her surgery.