In a less than a week, Sutter Health, a sprawling system of 24 hospitals and 5,500 doctors, will face a court trial over accusations that it used its dominance in Northern California to stifle competition and force patients to pay higher medical bills.

Sutter, the nonprofit hospital group in Sacramento, with operating revenues of $13 billion, has long been viewed as the classic example of a hospital system that got way too big. Its network of hospitals and services enabled it to essentially corner much of the market, corralling insurers and patients so that they couldn’t go elsewhere for less expensive or better treatment, according to a lawsuit filed by Xavier Becerra, the California state attorney general.

In bringing the case, Mr. Becerra cited research showing people in Northern California paid thousands of dollars more for certain hospital procedures than those in the southern part of the state.

“There’s a point where you’re starting to show signs of a bully,” Mr. Becerra said.

With giant hospital systems busily buying up hospitals and doctors, employers and insurers — as well as executives running comparable systems — are watching the Sutter case very closely. “This case is getting a tremendous amount of attention in hospital boardrooms across the United States,” said David A. Balto, a former federal regulator who is now an antitrust lawyer in Washington.

A new study released Thursday underscores concerns over the rapid increase of mergers among hospital groups and medical practices. Researchers from the Petris Center at the University of California at Berkeley show increased consolidation among doctors and hospitals across the country.

Sutter is hardly the only mega-system in the country. Nearly three-quarters of metropolitan areas were considered highly concentrated hospital markets in 2016, according to a recent analysis by the Health Care Cost Institute, a nonprofit group.

“Sutter was the first and they figured out how to make this model work,” said Glenn Melnick, a health economist at the University of Southern California who consulted with the lawsuit plaintiffs early on. “Other systems have copied the Sutter model,” he said.

In particular, more doctors’ practices are being subsumed by these hospital networks. Looking at national data, the researchers found that nearly half of all primary care doctors and 45 percent of specialists worked for practices owned by a hospital or hospital group in 2018.

The trend is mirrored in California. In 2010, about a quarter of physicians, both specialists and primary care doctors, worked in groups owned by hospitals, according to the researchers, who were funded by the California Health Care Foundation, a nonprofit group. By 2018, 52 percent of specialists and 42 percent of primary care doctors were employed by practices owned by a hospital or hospital group.

The researchers point to that “market concentration” as a critical factor spurring “the fast growth of prices in California.” They describe the gap in health care costs between the northern and southern parts of California, which lead to higher insurance prices paid by employers and individuals.

“You see it in the premiums,” said Anthony Wright, the executive director of Health Access, a California consumer group.

The researchers found that a midlevel individual policy cost about $3,000 more a year in Sacramento than in Los Angeles in 2019.

Frustrated by the increasing clout of systems like Sutter, the lawsuits, including a complaint filed by employers and labor unions, represent a new way for regulators and businesses to try to rein in big hospital groups.

Jaime King, a law professor at U.C. Hastings College of the Law, described the approach as “a landmark case.” Rather than trying to block a merger over antitrust concerns, the Sutter trial is an attempt to attack the practices of a powerful hospital system.

“The Sutter case is challenging a whole system of behavior,” she said.

Sutter, which disputes the attorney general’s findings, denies it is engaging in any inappropriate activity. “Sutter is not violating antitrust laws by integrating its hospital system and negotiating systemwide contracts with insurance companies,” it said in a statement. “There is no evidence that Sutter has hurt competition.” 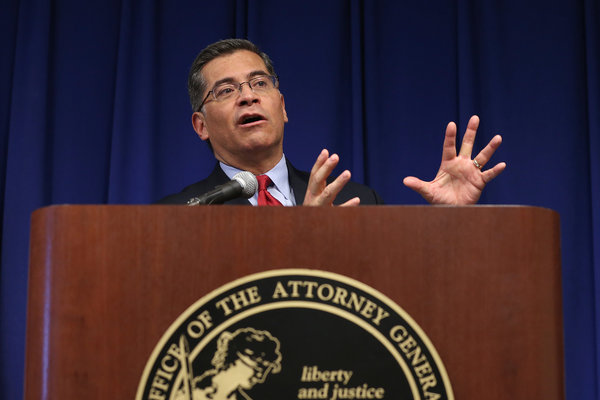 Sutter contends that major insurers are behind the latest efforts to target its system. “The largest health insurance companies in the nation openly and actively support this lawsuit,” it said in a statement. They “want to maximize profits by pushing patients into insurance plans that limit their choices and result in surprise billing,” it said.

The hospital group also disputes the Petris Center’s analysis, cited by the California attorney general, showing higher prices in Northern California resulting from big systems, saying it was flawed and based on incomplete data. It went on to describe the researchers as “pro-insurer.” Pointing to research Petris has done about how increased concentration among insurers leads to higher premiums, the center’s director says there is no evidence of any bias in the work.

In California, big systems are driving up prices, according to the Petris Center researchers, who examined prices for hospital stays and doctors’ visits from 2012 to 2016. In many cases, the care in California was much more expensive than elsewhere in the country. The average price for a normal birth was $9,751, compared with the national average of $7,295, adjusting for wage differences, according to the analysis.

The gap between prices in Northern California and the rest of the state remained high, averaging 24 percent for a normal delivery, after adjusting for wage differences within the state.

Unlike big hospital mergers, which come under scrutiny by state and federal officials, physician groups tend to be quietly absorbed. “Most of it is under the radar, and it doesn’t get picked up by the regulators,” said Richard Scheffler, the director of the Petris Center and one of the study’s authors. “It’s adding more power to a concentrated market,” he said.

Big systems view control of physicians’s groups as key to determining where patients go for medical care, particularly for lucrative procedures or tests.

“One of the biggest drivers in cost and quality is who the doctors work for,” said Dr. Zeyad Baker, the chief executive of ProHEALTH Care, a physician group in New York and New Jersey that is owned by Optum, a unit of UnitedHealth Group, the giant health insurer. Optum has become one of the nation’s largest employers of physicians.

Doctors who work for the big hospital systems are closely monitored, Dr. Baker said. “They are being checked on where they are sending their patients,” he said.

When a large system owns so many hospitals and physician practices in an area, private insurers have typically not pushed back. “Too many health plans conceded to the idea that if someone had market power, you pay them a lot,” said Dr. Farzad Mostashari, a former Obama administration official who is now the chief executive of Aledade, a company that helps independent physicians compete. “You concede and concede and concede.”

The prices now being paid by employers and insurers are often two to three times what Medicare pays for the same care, especially in areas where a large system controls many of the hospitals and doctors.

“The horse has left the barn,” said Erin Fuse Brown, who teaches health care law at Georgia State University. “You can’t rely on merger review to protect competition. That’s not possible. Competition has already been lost.”

Regulators don’t have many options, said Leemore Dafny, a former federal official with the Federal Trade Commission and a business professor at Harvard University. Mammoth systems could be broken up, but she acknowledged “it would be a battle.”

While the F.T.C., which oversees hospital mergers, cannot pursue anti-competitive behavior in nonprofit groups after they have already combined, state attorneys general and the Justice Department are starting to study whether lawsuits like the ones against Sutter might change the pattern of consolidation and result long-term in lower prices.

“Banning these practices would be a step in the right direction,” Ms. Dafny said.

A similar case, brought by the Justice Department and the North Carolina attorney general, resulted in a settlement with Atrium Health, the state’s largest hospital group, over the practice of insisting that insurers not steer customers to less expensive hospitals. Atrium agreed to discontinue that practice.

“We can’t allow Atrium to use its size and market dominance to the detriment of health care consumers,” said Josh Stein, the North Carolina attorney general, in a statement at the time. Atrium did not acknowledge any wrongdoing and did not pay a financial penalty. In the case of Sutter, the system is accused of employing numerous tactics to protect its dominance and could be liable for more than $2 billion under state law because the injured parties could collect treble damages.

If Sutter is forced to change how it negotiates with insurers, “it could have a chilling effect on these practices nationwide,” said Ms. Dafny.

She cautioned that these lawsuits may not be able to fully address the leverage enjoyed by a powerful hospital group, even if it is forced to change its contracts with insurers. A big organization “would still have a lot of market power,” she said. 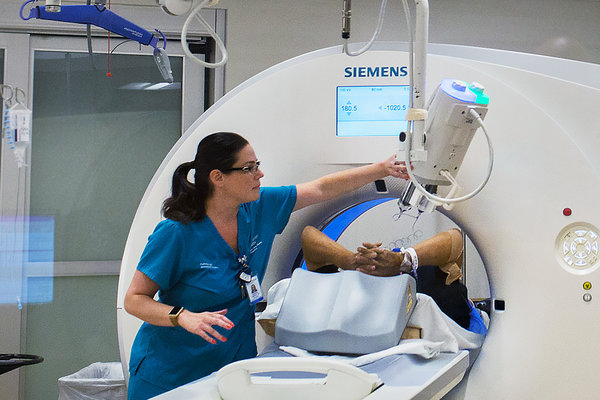 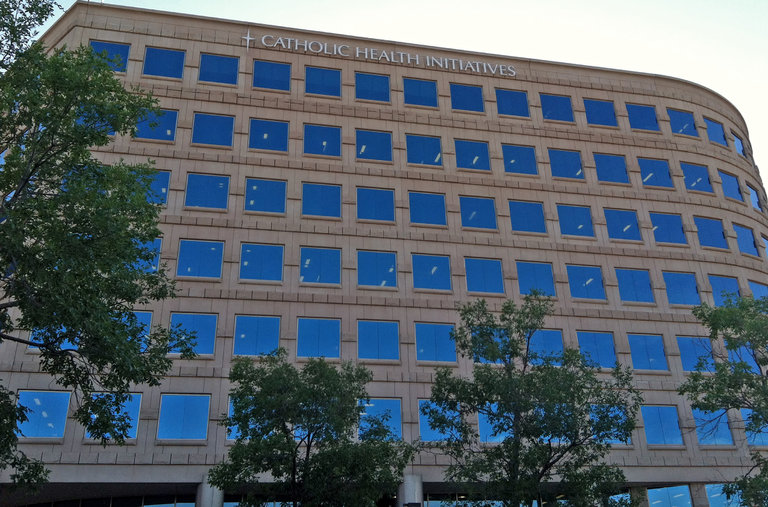 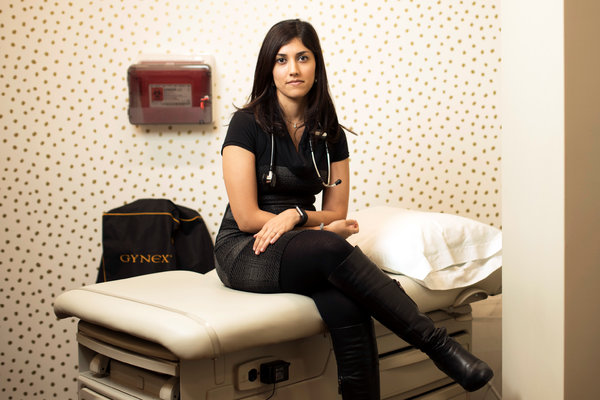 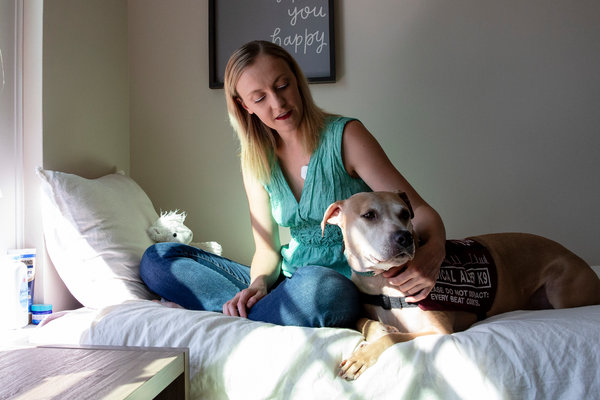