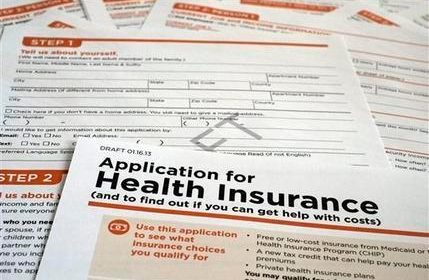 More than 500,000 Coloradans are expected to join government health insurance plans, namely Medicaid, by the end of the year as they lose coverage typically offered by their employers because of the global coronavirus pandemic.

The projection by state officials is unprecedented — when Colorado expanded Medicaid almost a decade ago 400,000 people enrolled within a two year period — and underscores the vast economic fallout from a public health crisis that has left hundreds of thousands of residents without jobs or with reduced hours.

“The COVID-19 pandemic makes it that much more important for Coloradans who lose their employer-sponsored health coverage to find ways to stay covered,” said Kim Bimestefer, executive director of state Department of Health Care Policy and Financing in a statement.  “Our programs will provide individuals and families with needed health care coverage and peace of mind during this economic downtown.”

Social distancing policies implemented by state officials in March have shown signs of slowing the spread of the new coronavirus as new cases and hospitalizations remain relatively low. But they have carried a heavy economic price as businesses have closed — some permanently — and employers have laid off workers or cut their hours.

Colorado is in the process of reopening businesses, restaurants and parks. But earlier this week, economists declared the U.S. economy to once again be in a recession as employment fell sharply after peaking in February.

The upcoming surge in enrollment in Colorado’s Medicaid and Child Health Plan Plus programs reflects a 40% increase from the 1.3 million Coloradans on the plans as of March 2020, according to a news release.

The Department of Health Care Policy and Financing is prohibited from disenrolling members from Medicaid during the public health emergency. The agency expects that once the emergency period ends, more than 300,000 people will not be eligible for coverage, according to the news release.

High blood pressure: Hawthorn extract has been proven to lower your reading
Medications