Guilty or innocent? In virtual courtrooms, the absence of non-verbal cues may threaten justice 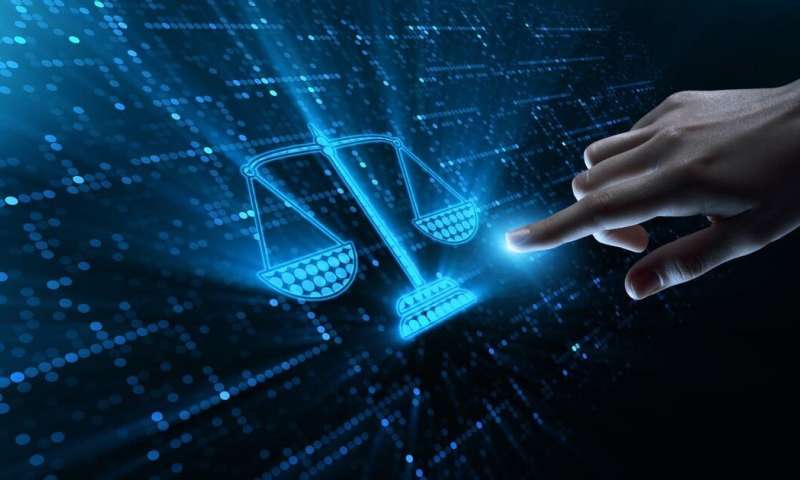 Since the beginning of the health crisis, Canadian courts, like those in other countries, have been making a technological shift. The number of proceedings filed online have increased and the same holds for virtual trials.

Although their use appears legitimate during the pandemic, video communications applications such as Skype or Zoom are hindering the role of the non-verbal communication in courtrooms.

The issue may seem simple and innocuous, but in reality, it is not.

The outcome of lawsuits is not only determined by laws and precedents. Indeed, the appearance of witnesses and the way they behave can play a determining role. Nervousness and hesitation are typically associated with lying, while spontaneity, according to many court judgments, may indicate that witnesses are telling the truth.

However, research on lie detection shows very clearly that beliefs of this nature—still in use in 2020—are erroneous and have no more scientific basis than those used in the Middle Ages. Indeed, an honest litigant may hesitate and be excessively nervous. A hardened liar may express himself spontaneously. There is no gesture, no look, no facial expression, no reveal similar to Pinocchio’s nose.

Furthermore, as psychologist Judith Hall and her colleagues point out, “there is no dictionary of non-verbal cue meanings, because contextual factors involving encoders’ intentions, their other verbal and non-verbal behaviors, other people (who they are and their behavior), and the setting will all affect meaning.”

In other words, learning to “read” non-verbal behaviors is fiction rather than science. Unfortunately, as I documented in my master of laws thesis on the non-verbal behaviors of witnesses during trials and my doctoral thesis in communication on the detection of false testimony, a number of judges seem to believe otherwise.

Since using a single glance to determine whether someone is lying—as depicted in the media—is not possible, some may believe that the non-verbal behavior of witnesses, judges and lawyers is of no use. However, this would be a mistake. Indeed, scientific research has been documenting the functions of non-verbal communication for decades. Thousands of peer-reviewed articles have been published on the subject by an international community of researchers from different disciplines.

During trials, lie detection represents a grain of sand in the ocean of non-verbal behavior functions. Gestures, looks, facial expressions and postures allow witnesses to communicate emotions and intentions, judges to foster empathy and trust, and lawyers to better understand at any given moment the actions and words of witnesses and adapt accordingly. All of this largely occurs automatically.

The non-verbal aspect of trials is not limited to faces and bodies. The characteristics of the environment in which they take place—the courthouse and the courtroom—contribute to the image of justice. The location where witnesses are questioned and where participants are seated influences how trials are conducted. For example, judges are seated higher than others in the courtroom, which can affect the authority given to them by litigants.

Non-verbal communication is an integral part of trials

During the pandemic, applications such as Skype or Zoom allowed for the hearing of urgent cases. However, several jurisdictions have announced that virtual courtrooms will remain open after the end of the health crisis. For some, their primary benefit would be to promote access to justice.

However, by reducing non-verbal information, virtual trials limit the ability of witnesses to be understood, to feel understood and to understand others adequately. Since the assessment of credibility depends on the ability of judges to understand what witnesses are saying, the impact can be significant, especially since “[c]redibility is an issue that pervades most trials, and at its broadest may amount to a decision on guilt or innocence.”

Since the conduct of a cross-examination, in turn, depends on the lawyers’ ability to understand at all times the actions and words of witnesses, an access to the courts that restricts non-verbal behavior to a face on a screen, can have far-reaching consequences. As the Supreme Court of Canada wrote: “Effective cross-examination is integral to the conduct of a fair trial and a meaningful application of the presumption of innocence.”

The importance of interdisciplinary dialog

The use of applications such as Skype or Zoom should not be taken lightly. In addition to the effects on the assessment of credibility and the conduct of cross-examinations, virtual trials could have other consequences.

These include dehumanizing victims and defendants, an effect already documented among immigrants heard via videoconferencing. Virtual trials can also amplify the negative effects of facial stereotypes, which can distort the assessment of evidence and the outcome of trials, even to the point of determining whether a person should be sentenced to death.