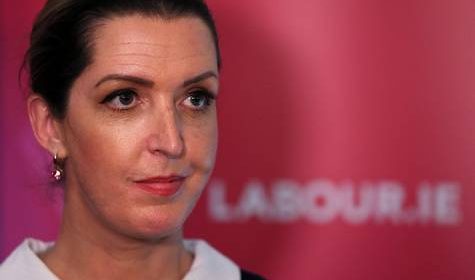 Worried GPs are seeking a meeting with officials in CervicalCheck amid growing concern about the number of smear test results they are getting back saying “smear samples have expired.”

Dr Maitiu O Tuathail, President of the National Association of General Practitioners, said the organisation has received a number of reports on the problem from GPs.

In a letter to Charles O’Hanlon of the HSE’s National Screening Service he said the samples should be processed within six weeks of collection.

“This is presumably as a result of the increase in smear samples the labs are receiving. I am aware that the turn around time for processing smears, in some cases, is now twelve weeks. This would seem problematic given that smears are deemed expired at six weeks from the time they have been taken.

This issue is significant as it means patients must undergo a repeat smear, in three months time, adding further to any fears patients may have.

“The note to the doctors  does not indicate why the delay took place, and in some cases patients have contacted our members asking why they were slow in sending the sample to the lab, when this was not the case. This is most unhelpful,” he warned

“I would request that this delay in the processing of smear samples is addressed as a matter of absolute urgency, to ensure confidence in this much valued screening service is maintained.

“We would welcome a meeting with you if we can assist you in resolving this issue. We will need to communicate with our members as to what is occurring, as they in turn will have to deal with women who have yet another repeat smear to face.”

The letter was cced to Health Minister Simon Harris and Taoiseach Leo Varadkar in August.

The problem of expired tests and the backlog of over 80,000  tests which have to be processed by CervicalCheck was highlighted in the Dail last week by Fianna Fail leader Micheal Martin who said the screening service was in “crisis mode.”

In response the HSE said that in regard to the transfer of smear test samples within the six week deadline from April to October 2018, there was only a 0.29pc rate of expired samples and vials. This is very similar to the same period in 2017 when it was 0.25pc.

“There may be a number of cases where the vial used to contain the sample expires, or where a sample may be insufficient. In such cases, a woman and her GP are advised by letter of the need for a repeat smear test after three months.

“The HSE has been carefully monitoring issues with regard to the expiry of tests and are ensuring that where tests need to be retaken that an appropriate plan is in place.  In all circumstances, the HSE will prioritise contacting women affected in the first instance.

“The HSE has recognised that the delays are difficult for women and every effort is being made to improve the situation but it is the case, as the Minister has said previously, that this will take some time to resolve.”