For Some Teens, It’s Been a Year of Anxiety and Trips to the E.R. 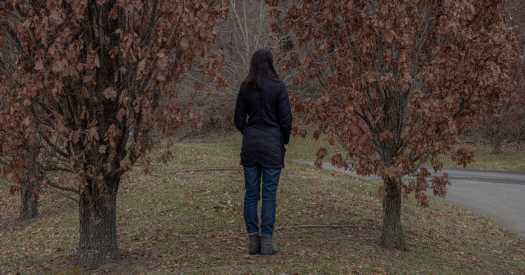 When the pandemic first hit the Bay Area last spring, Ann thought that her son, a 17-year-old senior, was finally on track to finish high school. He had kicked a heavy marijuana habit and was studying in virtual classes while school was closed.

The first wave of stay-at-home orders shut down his usual routines — sports, playing music with friends. But the stability didn’t last.

“The social isolation since then, over all this time, it just got to him,” said Ann, a consultant living in suburban San Francisco. She, like the other parents in this article, asked that her last name be omitted for privacy and to protect her child. “This is a charming, funny kid, also sensitive and anxious,” she said. “He couldn’t find a job; he couldn’t really go out. And he started using marijuana again, and Xanax.”

The teenager’s frustration finally boiled over this month, when he deliberately cut himself.

“We called 911, and he was taken to the emergency room,” his mother said. “But there they just stitched him up and released him.” The doctors sent him home, she said, “with no support, no therapy, nothing.”

Ann and her son are like many families over the last year. Surveys and statistics show that for young people who are anxious by nature, or feeling emotionally fragile already, the pandemic and its isolation have pushed them to the brink. Rates of suicidal thinking and behavior are up by 25 percent or more from similar periods in 2019, according to a just-published analysis of surveys of young patients coming into the emergency room.

For these teenagers, there aren’t many places to turn. They need help, but it’s hard to come up with a psychiatric diagnosis. They are trying to manage a surprise interruption in their lives, a vague loss. And without a diagnosis, reimbursement for therapy is hard to come by. And that is assuming parents know what kind of help is appropriate, and where to find it.

Finally, when a crisis hits, many of these teenagers end up in the local emergency department — the one place desperate families so often go for help.

Many E.R. departments across the country are now seeing a surge in such cases. Through most of 2020, the proportion of pediatric emergency admissions for mental problems, like panic and anxiety, was up by 24 percent for young children and 31 percent for adolescents compared to the previous year, according to a recent report by the Centers for Disease Control and Prevention.

And the local emergency department is frequently unprepared for the added burden. Workers often are not specially trained to manage behavioral problems, and families don’t have many options for where to go next, leaving many of these pandemic-insecure adolescents in limbo at the E.R.

“This is a national crisis we’re facing,” Dr. Rebecca Baum, a developmental pediatrician in Asheville, N.C. “Kids are having to board in the E.R. for days on end, because there are no psychiatric beds available in their entire state, never mind the hospital. And of course, the child or adolescent is lying there and doesn’t understand what’s happening in the E.R., why they’re having to wait there or where they’re going.”

What Adolescents Are Feeling

Most teenagers and young adults have done fine through this pandemic year, provided that their families have stayed healthy and economically stable. They may be irritable or missing their friends, but their support networks have been enough to get them through the pandemic.

For the young people coming undone, however, pandemic life presents unusual challenges, pediatricians say. Most are temperamentally sensitive and after months of being socially cut off from friends and activities, they have much less control over their moods.

“What parents and children are consistently reporting is an increase in all symptoms — a child who was a little anxious before the pandemic became very anxious over this past year,” said Dr. Adiaha I. A. Spinks-Franklin, an associate professor of pediatrics at the Baylor College of Medicine. It is this prolonged stress, Dr. Spinks-Franklin said, that in time blunts the brain’s ability to manage emotions.

Jean, an artist and mother of two living in Hendersonville, N.C., said that her 17-year-old son was doing fine through last spring. But the months of virtual classes and loss of simple social pleasures — hanging out with friends, playing chess — changed him through the fall months.

“Now, he’s become very reclusive, he has mood swings, he cries a lot,” Jean said. “This giant boy, crying — it’s terrible to see.” The young man has had panic attacks, twice followed by a blackout. During one, he fell and injured his face. 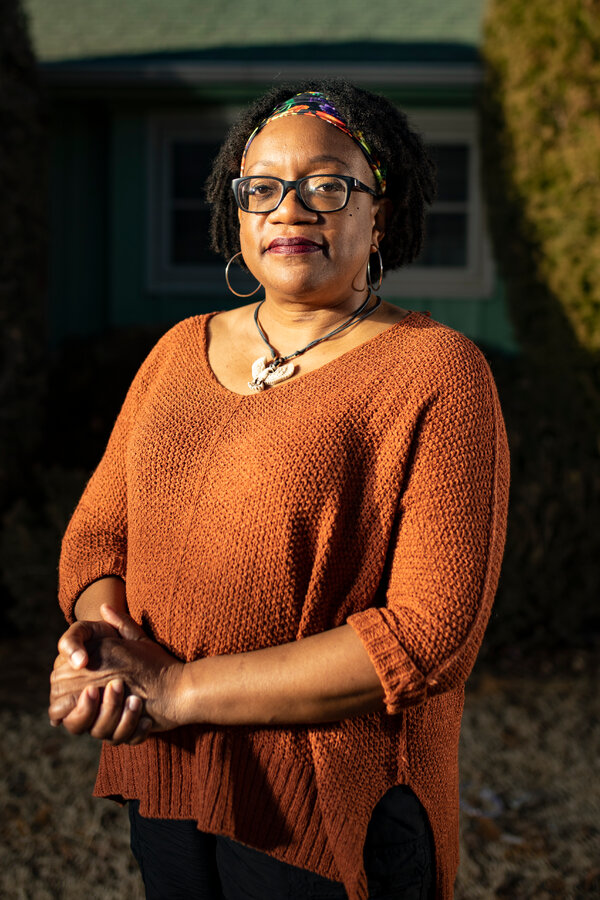 Lisa, a mother of three in Asheville, said that the months of virtual classes and relative social isolation had changed her extroverted 13-year-old son “in profound ways I would never have anticipated.”

His grades slipped badly, and he began to withdraw. “Next, he was telling us he couldn’t make himself do the work, that he didn’t want to disappoint us all the time, that he was worthless. Worthless.”

These young people do not necessarily qualify for a psychiatric diagnosis, nor are they “traumatized” in the strict sense of having had a life-threatening experience (or the perception of one.) Rather, they are trying to manage an interruption in their normal development, child psychologists say: a sudden and indefinite suspension of almost every routine and social connection, leaving a deep yet vague sense of loss with no single, distinct source.

The result is grief, but grief without a name or a specific cause, an experience some psychologists call “ambiguous loss.” The concept is usually reserved to describe the experience of immigrants, displaced from everything familiar, who shut down emotionally in a new and strange country. Or to describe disaster survivors, who return to neighborhoods that are hollowed out, transformed.

“Everything that used to be familiar and give structure to their lives, and predictability, and normalcy, is gone,” said Sharon Young, a therapist in Hendersonville. “Kids need all these things even more than adults do, and it’s hard for them to feel emotionally safe when they’re no longer there.”

The resulting changes in behavior can seem sudden: A bright sixth-grader is found cutting herself; a sweet-natured sophomore takes a swing at a parent or sibling. Parents, frightened, often don’t know where to go for appropriate help. Many don’t have the resources or knowledge to hire a therapist.

Families that land in the emergency departments of their local hospitals often find that the clinics are poorly equipped to handle these incoming cases. The staff is better trained to manage physical trauma than the mental variety, and patients are often sent right back home, without proper evaluation or support. In severe cases, they may linger in the emergency department for days before a bed can be found elsewhere.

In a recent report, a research team led by the C.D.C. found that less than half of the emergency departments in U.S. hospitals had clear policies in place to handle children with behavior problems. Getting to the bottom of any complex behavior issue can takes days of patient observation, at minimum, psychiatrists say. And many emergency departments do not have the on-hand specialists, dedicated space or off-site resources to help do the job well.

For Jean, diagnosing her son has been complicated. He has since developed irritable bowel syndrome. “He has been losing weight, and started smoking pot due to the boredom,” Jean said. “This is all due to the anxiety.”

Nationwide Children’s Hospital in Columbus, Ohio, has an emergency department that is a decent size for a pediatric hospital, with capacity for 62 children or adolescents. But well before the arrival of the coronavirus, the department was straining to handle increasing numbers of patients with behavior problems.

“This was huge problem pre-pandemic,” said Dr. David Axelson, chief of psychiatry and behavioral health at the hospital. “We were seeing a rise in emergency department visits for mental health problems in kids, specifically for suicidal thinking and self-harm. Our emergency department was overwhelmed with it, having to board kids on the medical unit while waiting for psych beds.”

Last March, to address the crowding, Nationwide Children’s opened a new pavilion, a nine-story facility with 54 dedicated beds for observation and for longer-term stays for those with mental challenges. It has taken the pressure off the hospital’s regular emergency department and greatly improved care, Dr. Axelson said.

Over this pandemic year, with the number of admissions for mental health problems up by some 15 percent over previous years, it is hard to imagine what it would have been like without the additional, devoted behavioral clinic, Dr. Axelson said.

Other hospitals from out of state often call, hoping to place a patient in crisis, but there is simply not enough space. “We have to say no,” Dr. Axelson said.

Dr. Rachel Stanley, the chief of emergency medicine at Nationwide, said that most hospitals have far fewer resources. “I worked at a hospital in Michigan for years, and when these kinds of kids come in, everyone dreaded seeing them, because we didn’t feel like we had the tools to help,” she said. “They have to go into a safe room; they can’t be in a shared area. You have to provide a sitter for the child, a staff person to stay with them all the time to make sure they’re not suicidal or homicidal. It could take hours and hours to get social workers involved, and all this time they’re getting worse.”

Anne, the consultant in the Bay Area, said that her son’s visit to the emergency room this month was his third in the past 18 months, each time for issues related to drug withdrawal. On one visit, he was misdiagnosed with psychosis and sent to a locked county psychiatric ward. “That experience itself — locked for days in a ward, with no one telling him why, or how long he’d be there — was the most traumatic thing he’s experienced,” she said.

Like many other parents, she is now looking after an unstable child and wondering where to go next. A drug rehab program may be needed, as well as regular therapy.

Lisa has hired a therapist for her son, a Zoom session every other week. That seems to have helped, she said, but it is too early to tell. And Jean, for the moment, is hoping the infection risk will diminish soon, so her son can get a safe job.

All three parents have become keen observers of their children, more aware of shifting moods. Listening by itself usually helps relieve distress, therapists say. “Trying to educate parents is a routine part of the job,” said Dr. Robert Duffey, a pediatrician in Hendersonville. “And of course we need these kids back in school, so badly.”

But medical professional say that until the health care system finds a way to equip and support emergency departments for what they have become — the first and sometimes last resort — parents will be left to navigate mostly on their own, leaning on others who have managed similar problems.

“Covid has put our system under a microscope in terms of the things that don’t work,” said Dr. Baum, the pediatrician in Asheville. “We had a shaky system of care in pediatric mental health prior to this pandemic, and now we have all these added stressors on it, all these kids coming in for pandemic-related issues. Hospitals everywhere are scrambling to adjust.”

If you are having thoughts of suicide, call the National Suicide Prevention Lifeline at 1-800-273-8255 (TALK). You can find a list of additional resources at SpeakingOfSuicide.com/resources.