The coronavirus struck the United States earlier this year with devastating force. In April, it killed more than 10,000 people in New York City. By early May, nearly 50,000 nursing home residents and their caregivers across the country had died.

But as the virus continued its rampage over the summer and fall, infecting nearly 8.5 million Americans, survival rates, even of seriously ill patients, appeared to be improving. At one New York hospital system where 30 percent of coronavirus patients died in March, the death rate had dropped to 3 percent by the end of June.

Doctors in England observed a similar trend. “In late March, four in 10 people in intensive care were dying. By the end of June, survival was over 80 percent,” said John M. Dennis, a University of Exeter Medical School researcher who is first author of a paper about improved survival rates in Britain, accepted for publication in the journal Critical Care Medicine. “It was really quite dramatic.”

Though the virus has been changing slowly as it spreads, and some have speculated that it has become more easily transmissible, most scientists say there is no solid evidence that it has become either less virulent, or more virulent. As elderly people sheltered inside and took precautions to avoid infection, however, more of the hospitalized patients were younger adults, who were generally healthier and more resilient. By the end of August, the average patient was under 40.

Were the lower death rates simply a function of the demographic changes, or a reflection of real progress and medical advances in treatment that blunted the impact of the new pathogen?

Researchers at NYU Langone Health who zeroed in on this question, analyzing the outcomes of more than 5,000 patients hospitalized at the system's three hospitals from March through August, concluded the improvement was real, not just a function of changing demographics. Even when they controlled for differences in the patients’ age, sex, race, underlying health problems and severity of Covid symptoms — like blood oxygen levels at admission — they found that death rates had dropped significantly, to 7.6 percent in August, down from 25.6 percent in March.

“This is still a high death rate, much higher than we see for flu or other respiratory diseases,” said Dr. Leora Horwitz, director of NYU Langone’s Center for Healthcare Innovation & Delivery Science and senior author of the paper in Journal of Hospital Medicine. “I don’t want to pretend this is benign. But it definitely is something that has given me hope.”

Other doctors agreed. “The mortality rates are way lower now,” said Dr. Robert A. Phillips, author of a research letter in JAMA that compared the first and second surges of Covid-19 patients in Houston. But he emphasized that the disease remains “not only deadly — 10 times more deadly probably than a bad influenza — but it also has long-term complications. You don’t have that from the flu.”

While the studies evaluated the death rate, they did not assess the burden of what Dr. Phillips called “post-Covid syndrome,” which leaves many patients with lasting respiratory and neurologic problems, cardiac complications, and other lingering issues.

“It’s relatively easy to measure death, but that doesn’t capture all the other health issues,” said Dr. Preeti Malani, an infectious disease expert at the University of Michigan. Many hospital patients face grueling and protracted recoveries and may require long-term care, while even those who had mild bouts of disease are often left with continuing health problems, like headaches, chronic fatigue or cognitive problems. “It will take a long time to understand the full clinical spectrum of this disease.”

The study from England analyzed the outcomes of 14,958 critical care and intensive care patients hospitalized throughout England from March 1 to May 30. Even after adjusting for differences in age, sex, ethnicity and underlying health conditions, the authors concluded survival improved by about 10 percent each week after the end of March for patients in critical care and high intensity care units (the English study did not adjust for severity of Covid-19 illness at admission).

A combination of factors contributed to the improved outcomes of hospital patients, the authors of the two studies and other experts said. As clinicians learned how to treat the disease, incorporating the use of steroid drugs and non-drug interventions, they were better able to manage it. 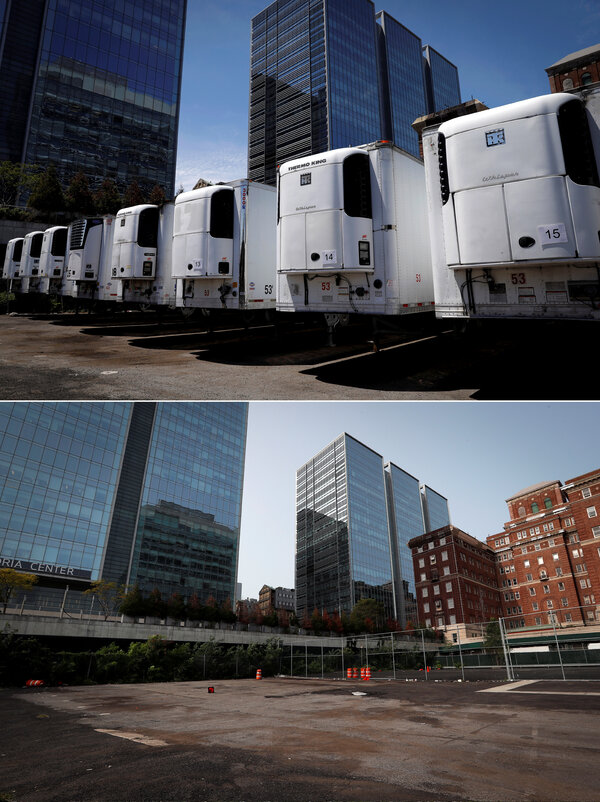 The researchers also credited heightened community awareness, and patients seeking care earlier in the course of their illness. Outcomes may also have improved as the load on hospitals lightened and there was less pressure on the medical staff, both of which had been overwhelmed by a surge of patients in the spring.

“We don’t have a magic bullet cure, but we have a lot, a lot of little things, that add up,” Dr. Horwitz said. “We understand better when people need to be on ventilators and when they don’t, and what complications to watch for, like blood clots and kidney failure. We understand how to watch for oxygen levels even before patients are in the hospital, so we can bring them in earlier. And of course, we understand that steroids are helpful, and possibly some other medications.”

For clinicians combating the disease, caused by a new pathogen that was unknown before it emerged in Wuhan, China, late last year, the learning curve has been steep. Doctors shared information and gleaned insights from a barrage of studies shared with unprecedented speed, but there were also missteps. At first, the focus was on the illness’ effects on the lungs; understanding the deleterious impact on other organs came later.

Early on, physicians were placing patients on mechanical ventilators to assist with their breathing; over time they learned to position patients on their stomachs and provide them with supplemental oxygen through less invasive means, and postpone ventilation or avoid it altogether if possible.

By mid-June, clinical trials in England had proven that treatment with a cheap steroid drug, dexamethasone, reduced deaths of patients on ventilators by one-third, and death in patients getting supplemental oxygen by one-fifth. But the early recommendations from China and Italy were “to absolutely not use steroids, even though a lot of us thought it made sense to use them,” said Dr. Gita Lisker, a critical care physician at Northwell Health. “I think it’s making a big difference. But when we started with this in March, the data and recommendations from China and Italy were saying, ‘Do not use them, steroids are bad.’”

Doctors also weren’t aware at first that the Covid-19 illness caused by the new virus caused life-threatening blood clots. Now patients are put on blood thinners early on in treatment when necessary.

But the other problem in the spring was that hospitals in hard-hit areas like New York City were overwhelmed. Doctors who hadn’t worked in critical care for many years were being drafted to care for seriously ill patients, nurses were short-staffed, and equipment was in short supply. “There was a sheer overwhelming tidal wave that overtook the health care system,” Dr. Lisker said. “You had critical care units run by doctors who hadn’t done critical care in 10 years, or even ever.”

She added, “There is no question that whether you lived or died in April, some of it had to do with what unit you landed in.”

Indeed, she said, “The whole idea of flattening the curve was to avoid overwhelming the health care system.”

Medical experts are worrying that the surges in cases around the country could reverse or roll back those gains. The number of hospitalized Covid patients has increased by 40 percent over the last month, and more than 41,000 patients are now hospitalized in the United States. Hospital administrators in Idaho, Utah and Kansas City, Mo., have warned they are already close to capacity. Some have turned ambulances away, and others are drawing up plans to ration care if they run out of beds and have said they may be forced to transfer patients to facilities in other states.

But, he added that the lessening death rate was not assured to remain steady, given the resurgence in higher caseloads. “If hospitals that aren’t prepared for large numbers of people have to deal with a large influx of Covid patients, or small hospitals get pulled into it, we should expect that mortality could change unfortunately,” he said. “That’s a warning.”

Though some have speculated that the virus is less virulent than it once was, experts say there is no evidence that is the case. The improvements in survival are “a testament to modern medical care,” said Dr. Howard Markel, a physician and medical historian at the University of Michigan.

“The virus is still just as stealthy and dangerous as it was,” Dr. Markel said. “We’re just getting better at managing it.”