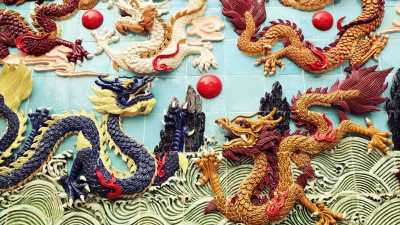 PCI success rates were about 95% with both strategies; however, QFR guidance was associated with fewer major adverse cardiac events (MACE) at 1 year, use of fewer stents, less contrast medium exposure, and fewer procedural complications.

The results were presented at Transcatheter Cardiovascular Therapeutics (TCT) 2021, held online and in Orlando, Florida, and published simultaneously in The Lancet.

Although pressure wire–based physiological assessment with fractional flow reserve (FFR) and instantaneous wave-free ratio (IFR) more accurately identify flow-limiting lesions than standard angiography and have been shown to improve outcomes after PCI, the authors note that it’s underused in practice because of prolonged procedural time, potential pressure wire complications, and side effects from hyperemic agents.

QFR, however, is derived from 3-dimensional coronary artery reconstruction and computational fluid dynamics from the angiogram, so FFR can be estimated without the need for a pressure wire or hyperemic drugs.

FAVOR III China was designed statistically for superiority and enrolled 3847 patients with stable or unstable angina or a myocardial infarction (MI) at least 72 hours before screening if they had at least one coronary lesion with a diameter stenosis of 50% to 90% and a reference vessel diameter of at least 2.5 mm. The intention-to-treat population included 3825 patients (mean age, 62.7 years; 29.4% female).

In the QFR group, QFR was measured in all coronary arteries with a lesion but PCI performed only in lesions with a QFR of at least 0.80 or diameter stenosis greater than 90%. Two angiographic imaging runs were taken and the data transmitted to the AngioPlus system (Pulse Medical Imaging Technology) by a local network of sites for QFR calculation.

PCI in the angiography-guided group was performed on the basis of visual angiographic assessment only. A 10-minute delay was used in both groups to preserve masking.

“I think in the next guideline they will change the recommendation, not just to include FFR and IFR, but also to include QFR,” Giuseppe Tarantini, MD, PhD, University of Padua, Italy, said during a press briefing on the study.

“This is a milestone in our community, not only because it is easier to use compared to the other lesion-specific indexes like FFR, IFR, but also for the need to expand the use of physiology in the setting of interventional cardiology,” he added.

In an accompanying commentary, Robert A. Byrne, MBBCh, PhD, and Laurna McGovern, both from the Cardiovascular Research Institute Dublin in Ireland, say the results are “relevant for cardiovascular disease researchers and clinicians and an important step forward for the field of angiography-derived flow measurements for guidance of PCI.”

They point out, however, that the control group did not receive pressure wire–guided PCI, which is the standard of care in contemporary practice and out of step with clinical practice guidelines, thus limiting external validity.

They also note that experiences to date suggest that up to 20% of patients may be unsuitable for the algorithm analysis because of coronary anatomy, presence of overlapping vessels, and insufficient image quality.

Commenting for theheart.org | Medscape Cardiology, David E. Kandzari, MD, chief of the Piedmont Heart Institute in Atlanta, Georgia, said “the technology isn’t readily available in catheterization labs today. Could it be assimilated into the cath labs at one point in the near term? I think absolutely, and that would be a welcome addition to expedite the procedure itself.”

Nevertheless, he said the results “need to be externally validated too with what is the gold standard today of FFR in a larger experience.”