Fauci says omicron variant is ‘just raging around the world’ 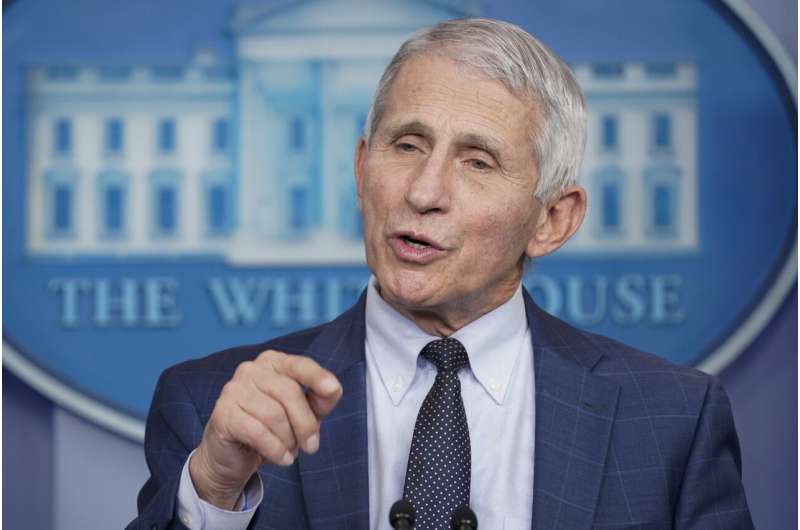 The COVID-19 omicron variant is “just raging around the world,” the White House’s top medical adviser said Sunday as President Joe Biden prepares to issue “a stark warning of what the winter will look like” for unvaccinated Americans.

Dr. Anthony Fauci, the country’s leading infectious disease expert, told NBC’s “Meet the Press” that “the real problem” for the U.S. hospital system is that “we have so many people in this country who are eligible to be vaccinated who have not yet been vaccinated.”

The prospect of a winter chilled by a wave of coronavirus infections is a severe reversal from the optimism projected by Biden some 10 months ago, when he suggested at a CNN town hall that the country would essentially be back to normal by this Christmas. Biden has been careful not to overpromise, yet confidence in the country has been battered by an unrelenting wave of COVID-19 mutations and variations that have left many Americans emotionally exhausted, dispirited and worried about infections.

Fauci, director of the National Institute of Allergy and Infectious Diseases, tried to defend the president’s earlier promise in a separate interview Sunday on CNN’s “State of the Union.”

“The idea about hoping and having an aspiration to be independent of the virus after a period of time is understandable and reasonable,” Fauci said. “But the one thing that we know from, now, almost two years’ experience with this virus is that it is really very unpredictable.”

With the threat that rising infections could worsen the supply chain challenges facing the United States and fuel inflation. Gov. Jared Polis, D-Colo said Biden should stop talking about vaccination as two shots and a booster and, instead call it “three doses” that are needed to maximize protection.

Polis pivoted to inflation that is running at a nearly four-decade high, saying Biden in his remarks on Tuesday about the omicron variant needed to show the country how he is addressing that particular challenge.

“We can do very concrete things that actually reduce the costs for Americans,” Polis said on NBC, noting that Colorado is cutting vehicle registration fees and making it free to register a new business. 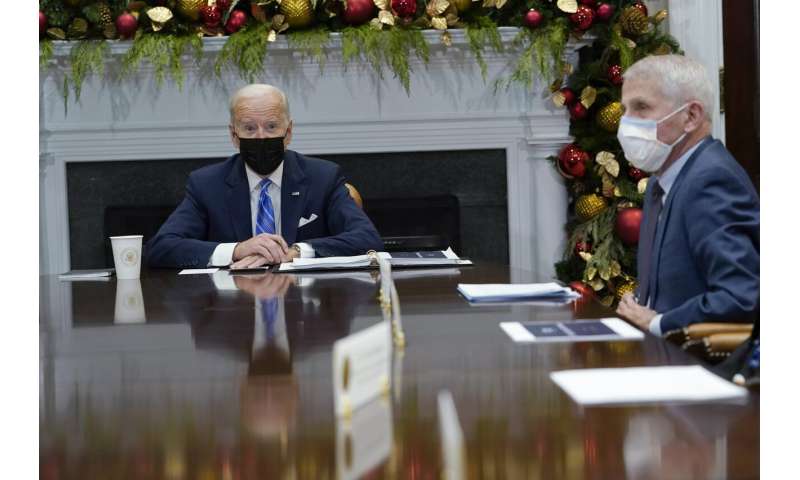 The administration is expecting a series of breakthrough infections with the surge of holiday travelers. Fauci said most people who have been vaccinated and gotten a booster should be OK if they take precautions such as continually wearing masks in crowded settings such as airports.

Biden plans to speak Tuesday on the status of the fight against COVID-19 and discuss government help for communities in need of assistance, White House press secretary Jen Psaki tweeted. She also said he will be “issuing a stark warning of what the winter will look like for Americans that choose to remain unvaccinated.”

Fauci was asked on CNN whether he expected record numbers of cases—and what about hospitalizations and deaths. “Yes, well, unfortunately. I think that that is going to happen,” he said.

Fauci told NBC the president would again urge people to get the booster shot, highlight increased availability of testing, discuss “surge teams” for besieged hospitals and explain how important it is to provide vaccines for the rest of the world.

“The one thing that’s very clear, and there’s no doubt about this, is its extraordinary capability of spreading, its transmissibility capability. It is just, you know, raging through the world, really,” Fauci said. “And if you look even here in the United States, you have some regions that start off with a few percent of the isolates that are positive, now going up to 30%, 40%, and some places 50%.”

Psaki’s announcement Saturday on Twitter came after Vice President Kamala Harris said in a Los Angeles Times interview that the Biden administration “didn’t see delta coming. I think most scientists did not—upon whose advice and direction we have relied—didn’t see delta coming.” She added: “We didn’t see omicron coming. And that’s the nature of what this, this awful virus has been, which as it turns out, has mutations and variants.”

The vice president’s words raised doubts as to the administration’s strategy for addressing the pandemic. Biden had effectively declared independence from the virus at a White House celebration on July Fourth to mark progress with vaccinations inside the United States, yet the global nature of the pandemic meant that the disease could evolve as others around the world waited for immunization.