With this last hurdle cleared, formal authorization of the one-dose vaccine is expected on Saturday and distribution within days. 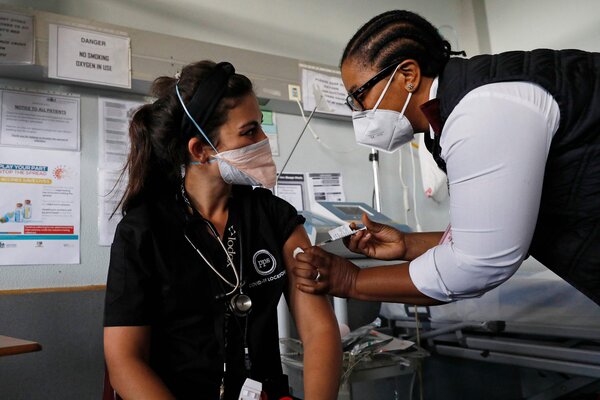 By Carl Zimmer and Noah Weiland

Johnson & Johnson’s Covid-19 vaccine was endorsed on Friday by a panel of experts advising the Food and Drug Administration, clearing the last hurdle before a formal authorization expected on Saturday, according to two people familiar with the agency’s plans. The nation’s first shipments will go out in the days after that.

It will be the third shot made available to the United States in the year since the first surge of coronavirus cases began washing over the country, and it will be the first vaccine to require just one dose instead of two.

Johnson & Johnson’s formulation worked well in clinical trials, particularly against severe disease and hospitalizations, even though it did not match the sky-high efficacy rates of the first two vaccines made by Pfizer-BioNTech and Moderna.

The panel, made up of independent infectious disease experts, statisticians and epidemiologists, voted unanimously in favor of authorizing the vaccine.

“We’re dealing with a pandemic right now,” said Dr. Jay Portnoy, an allergist at Children’s Mercy Hospital in Kansas City, M.O. and a member of the board. “It’s great that we have this vaccine.”

During Johnson & Johnson’s presentation to the panel, Dr. Gregory Poland, a virologist at the Mayo Clinic and a paid external consultant for the company, noted the vaccine’s efficacy, ease of use and low rate of side effects. It “nearly checks all the boxes,” he said. “To me, it is clear that the known benefits vastly outweigh the known risks.”