F.D.A. Approves New H.I.V.-Prevention Drug, but Not for Women

The Food and Drug Administration on Thursday approved a new drug, Descovy, for prevention of infection with H.I.V., only the second drug approved for this purpose.

The first, Truvada, has become a mainstay of government efforts to turn back the H.I.V. epidemic. But the F.D.A. approved Descovy for use only in men and transgender women, because its maker, Gilead Sciences, tested it only in those groups.

The approval explicitly excludes women, and does not outline a plan for making the drug available to them. Some activists and scientists said the approval sets a dangerous precedent by allowing companies to dodge the expensive trials needed to test medicines in women.

Such an exclusion of women “should be unacceptable in these days and times,” said Dr. Rochelle Walensky, chief of infectious diseases at Massachusetts General Hospital.

It’s important to test the drug specifically in women, she added, because Descovy may work differently in the vagina than in rectal tissues.

The F.D.A., in fact, will require Gilead to study the Descovy in women, company officials said. Gilead is considering a trial in Africa.

Gilead also makes Truvada. Both medicines are to be taken daily, an H.I.V.-prevention strategy called pre-exposure prophylaxis, or PrEP.

The company has come under heavy criticism for selling Truvada at a high cost, currently about $20,000 a year. Critics have said the expense keeps the drug out of reach of Americans who would benefit from it. Few patients actually pay the full price, Gilead has said.

Descovy is not more effective than Truvada, Mr. Johnson noted. But in various presentation materials, Gilead on occasion has hinted that it is, and Mr. Johnson and others fear patients may reject affordable and accessible generic versions of Truvada in favor of the more expensive Descovy. 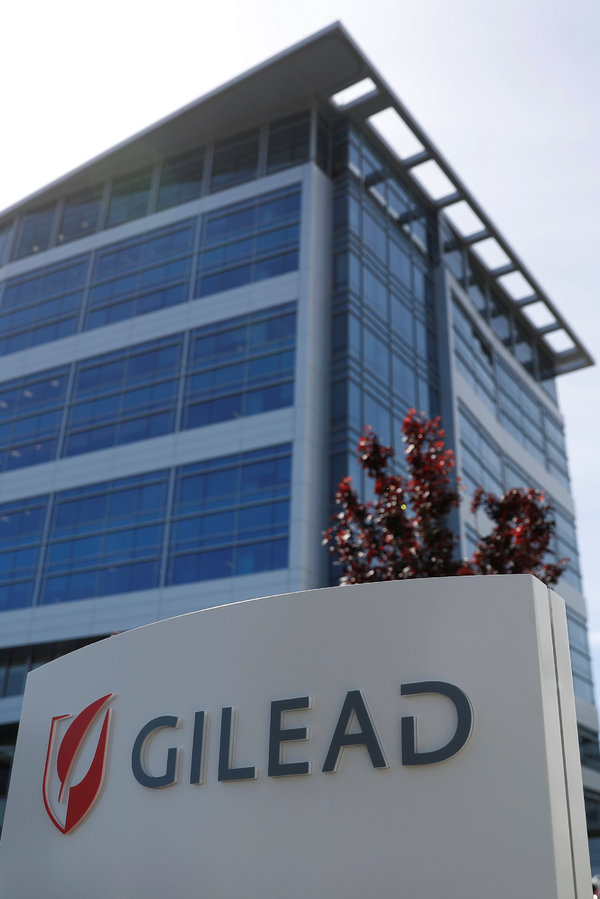 Any suggestion that Descovy is more effective than Truvada was unintentional, said Dr. Diana Brainard, who oversees Gilead’s H.I.V. division. The company’s message, she added, is that both Descovy and Truvada are highly effective at preventing H.I.V. infection when taken daily.

“It’s always good to have choice,” she said.

Descovy’s patent is supposed to expire in 2026, but a nonprofit group called Prep4All Collaboration hopes to find a way to end it in 2022.

The group had been running a campaign called “Break the Patent” to limit Truvada’s patent protection, which was supposed to expire in 2021. But in May, Gilead announced that a generic version would be available next year.

“As of today, we’re adding an ‘s’ — it’s ‘Break the Patents,’” said Peter Staley, a founder of the collaboration.

Descovy contains a newer version of tenofovir, the active ingredient in Truvada. Gilead tested Descovy in a multinational trial that included 5,313 men and 74 transgender women who have sex with men. There were no cisgender women, and 84 percent of the participants were white.

“They did a terrible job of inclusion for a company that dominates the market,” Mr. Johnson said.

There are some data suggesting that Descovy has fewer side effects on bones and kidneys than Truvada, but those problems have only been seen in a small number of people taking Truvada, Dr. Walensky said.

She also noted that although Gilead scientists have presented some of their data at conferences, they have yet to publish their results in a peer-reviewed journal.

At a hearing in August, some activists urged the F.D.A. to deny approval for use of Descovy in women, or to require Gilead to test the drug in a large number of women promptly after approval.

Unless forced to do so by the F.D.A., critics said, the company has no motivation to test the drug in women.

“We had at least hoped that they would say something the day they approved it without an indication for women, that they would have a plan or forceful language laid out on how this disgraceful situation is going to be rectified,” Mr. Staley said.

Although the F.D.A.’s announcement does not mention it, the agency is requiring such a study.

Dr. Brainard said Gilead plans to start the study in at least 1,500 high-risk women in southern Africa — where the incidence of H.I.V. in women is higher than in the United States — by the end of 2020. The F.D.A.’s approval letter requires the company to complete the trial by December 2024.

Dr. Walensky said she is disappointed by the numbers and timeline of that trial.

“I want to see a large-scale, rapid effort to get data in women as soon as possible,” she said. “That, in my mind, is the only way to rectify this.”

An earlier version of this article misstated the action that critics of Descovy urged the F.D.A. to take at a hearing in August. The critics urged that approval be withheld for the drug's use in women, not for its use in everyone.