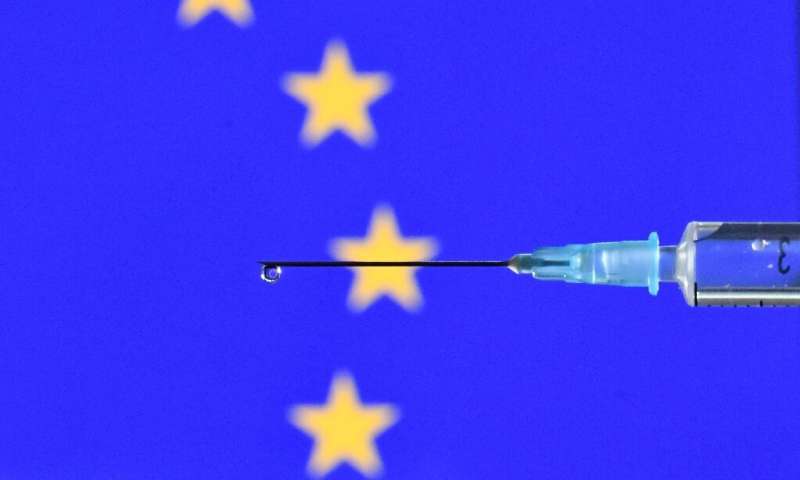 The EU’s drug regulator will decide on Monday whether to authorise the Pfizer-BioNTech coronavirus vaccine, with desperate countries hoping for the green light to finally start inoculating their citizens.

The Amsterdam-based European Medicines Agency dramatically moved the decision on the jab ahead from December 29, following pressure to accelerate the process from Germany and other EU states.

The clamour for action grew as Britain and the United States have already started giving their citizens the vaccine developed by US giant Pfizer and German firm BioNTech under emergency national rules.

The EU will start COVID-19 inoculations on December 27 providing the EMA grants a one-year conditional marketing authorisation, the European Commission has said.

The regulator said it had worked around the clock to speed things up, but needed to make sure the Pfizer-BioNTech vaccine was safe and effective, in order to avoid any doubts that could affect uptake.

“We have been able to revise the timetables for the evaluation of the COVID-19 vaccines due to the incredible efforts of everybody involved in these assessments,” EMA chief Emer Cooke said last week.

“The number of infections is increasing across Europe and we are aware of the huge responsibility we have to get a vaccine to the market as quickly as is feasible, whilst maintaining the robustness of our scientific review.”

The EMA said that if a decision is not possible at the meeting on Monday, then it will hold another meeting on the original December 29 date to rethink.

A decision on another vaccine produced by US firm Moderna is due by January 6.

The Pfizer-BioNTech vaccine has proven to be 95 percent effective in global trials where two doses are injected three weeks apart.

It must be stored at -70 degrees Celsius (-94 degrees Fahrenheit), a temperature much lower than standard freezers and which forced the company to develop special containers for transport.

The EMA has been carrying out a so-called “rolling review” on the vaccine involving lab tests and large-scale human trials over the past few months, speeding up a process that normally lasts years.

The regulator can grant medicines a conditional marketing authorisation for the EU in public health emergencies. It then follows up with further tests to make sure there are no problems down the line.

The EMA had originally said it would decide at a meeting of medicines experts to be held at the latest on December 29.

But Britain—the pre-Brexit home of the EMA until last year—the United States and Canada meanwhile pushed through emergency authorisation which meant they could start vaccinating sooner.

EU leaders complained at an EU summit earlier in December, and Germany then weighed in last week.

Hours later, the EMA announced it had received new data from Pfizer-BioNTech and would make its decision on December 21 instead.

Meanwhile, the EMA has also had to contend with a cyberattack in which data from the Pfizer-BioNTech and Moderna vaccines was stolen.