Does Cannabis Use Cause Schizophrenia?

Nearly a century after the film “Reefer Madness” alarmed the nation, some policymakers and doctors are again becoming concerned about the dangers of marijuana, although the reefers are long gone.

Experts now distinguish between the “new cannabis” — legal, highly potent, available in tabs, edibles and vapes — and the old version, a far milder weed passed around in joints. Levels of T.H.C., the chemical that produces marijuana’s high, have been rising for at least three decades, and it’s now possible in some states to buy vape cartridges containing little but the active ingredient.

The concern is focused largely on the link between heavy usage and psychosis in young people. Doctors first suspected a link some 70 years ago, and the evidence has only accumulated since then. In a forthcoming book, “Tell Your Children,” Alex Berenson, a former Times reporter, argues that legalization is putting a generation at higher risk of schizophrenia and other psychotic syndromes. Critics, including leading researchers, have called the argument overblown, and unfaithful to the science.

Can cannabis use cause psychosis?

Yes, but so can overuse of caffeine, nicotine, alcohol, stimulants and hallucinogens. Psychosis is a symptom: a temporary disorientation that resembles a waking dream, with odd, imagined sights and sounds, often accompanied by paranoia or an ominous sensation. The vast majority of people who have this kind of psychotic experience do not go on to develop a persistent condition such as schizophrenia, which is characterized by episodes of psychosis that recur for years, as well as cognitive problems and social withdrawal.

Can heavy use cause schizophrenia or other syndromes?

That is the big question, and so far the evidence is not strong enough to answer one way or the other. Even top scientists who specialize in marijuana research are divided, drawing opposite conclusions from the same data.

“I’ve been doing this research for 25 years, and it’s polarizing even among academics,” said Margaret Haney, a professor of neurobiology at Columbia University Medical Center. “This is what the marijuana field is like.”

The debate centers on the distinction between correlation and causation. People with psychotic problems often use cannabis regularly; this is a solid correlation, backed by numerous studies. But it is unclear which came first, the cannabis habit or the psychoses. Children who later develop schizophrenia often seem to retreat into their own world, stalked periodically by bizarre fears and fantasies well outside the range of usual childhood imagination, and well before they are exposed to cannabis. Those who go on to become regular marijuana users often use other substances as well, including alcohol and cigarettes, making it more difficult for researchers to untangle causation.

Consider cigarettes, the least mind-altering of these substances. In a 2015 study, a team led by Dr. Kenneth S. Kendler of Virginia Commonwealth University analyzed medical data on nearly two million people in Sweden. The data followed the individuals over time, from young adulthood, when most schizophrenia diagnoses occur, to middle-age. Smoking was a predictor for later development of the disorder, and in what doctors call a dose-response relationship: the more a person smoked, the higher the risk.

Yet nicotine attracts nowhere near the concern that cannabis does, in part because the two drugs are so different in their everyday effects: mildly stimulated versus stoned. Indeed, some scientists have studied nicotine as a partial treatment for schizophrenia, to blunt the disorders effects on thinking and memory.

Is it biologically plausible that cannabis could cause a psychotic disorder?

Yes. Brain scientists know very little about the underlying biology of psychotic conditions, other than that hundreds of common gene variants are likely involved. Schizophrenia, for instance, is not a uniform disorder but an umbrella term for an array of unexplained problems involving recurrent psychosis, and other common symptoms.

Even so, there is circumstantial evidence for a biological mechanism. Psychotic disorders tend to emerge in late adolescence or early adulthood, during or after a period of rapid brain development. In the teenage years, the brain strips away unneeded or redundant connections between brain cells, in a process called synaptic pruning. This editing is concentrated in the prefrontal cortex, the region behind the forehead where thinking and planning occur — and the region that is perturbed in psychotic conditions.

The region is rich with so-called CB1 receptors, which are involved in the pruning, and are engaged by cannabis use. And alterations to the pruning process may well increase schizophrenia risk, according to recent research at the Broad Institute of M.I.T. and Harvard. In a 2016 analysis, scientists there found that people with the disorder often have a gene variant that appears to accelerate the pruning process.

What does this mean for me?

Experts may debate whether cannabis use can lead to psychotic disorders, but they mostly agree on how to minimize one’s risk.

Psychotic conditions tend to run in families, which suggests there is an inherited genetic vulnerability. Indeed, according to some studies, people prone to or at heightened risk of psychosis seem to experience the effects of cannabis differently than peers without such a history. The users experience a more vivid high, but they also are more likely to experience psychosis-like effects such as paranoia.

The evidence so far indicates that one’s familial risk for psychotic disorders outweighs any added effect of cannabis use. In a 2014 study, a team led by Ashley C. Proal and Dr. Lynn E. DeLisi of Harvard Medical School recruited cannabis users with and without a family history of schizophrenia, as well as non-users with and without such a history. The researchers made sure the cannabis users did not use other drugs in addition, a factor that muddied earlier studies. The result: there was a heightened schizophrenia risk among people with a family history, regardless of cannabis use.

“My study clearly shows that cannabis does not cause schizophrenia by itself,” said Dr. DeLisi. “Rather, a genetic predisposition is necessary. It is highly likely, based on the results of this study and others, that cannabis use during adolescence through to age 25, when the brain is maturing and at its peak of growth in a genetically vulnerable individual, can initiate the onset of schizophrenia.”

Because marijuana has been illegal for so long, research that could settle the question has been sorely lacking, although that has begun to change. The National Institutes of Health have launched a $300 million project that will track thousands of children from the age of 9 or 10 through adolescence, and might help clarify causation.

For the near future, expert opinions likely will be mixed. “Usually it is the research types who are doing ‘the sky is falling’ bit, but here it is switched,” said Dr. Jay Geidd, a professor of psychiatry at the University of California, San Diego. “The researchers are wary of overselling the dangers, as was clearly done in the past. However, clinicians overwhelmingly endorse seeing many more adolescents with ‘paranoia’” of some kind.

In short: Regularly using the new, high-potency cannabis may indeed be a risk for young people who are related to someone with a psychotic condition. On that warning, at least, most experts seem to agree. 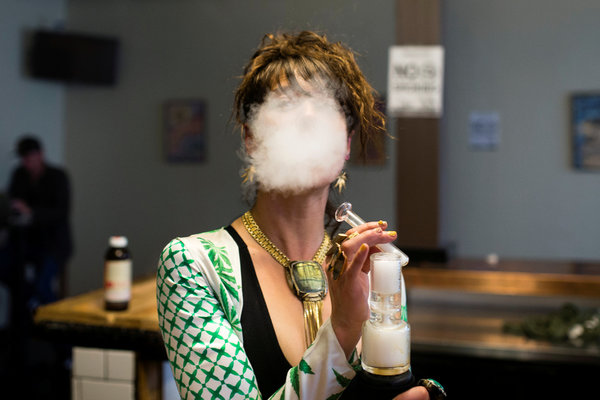 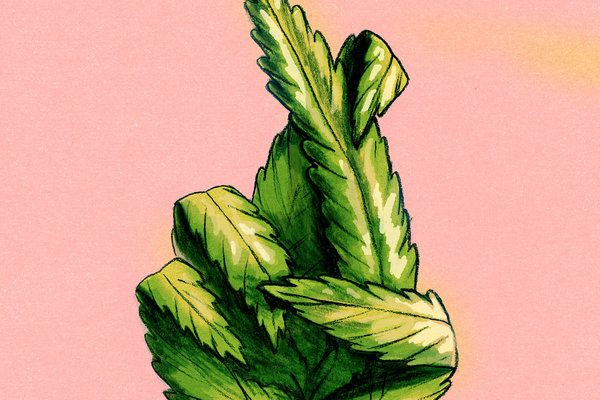 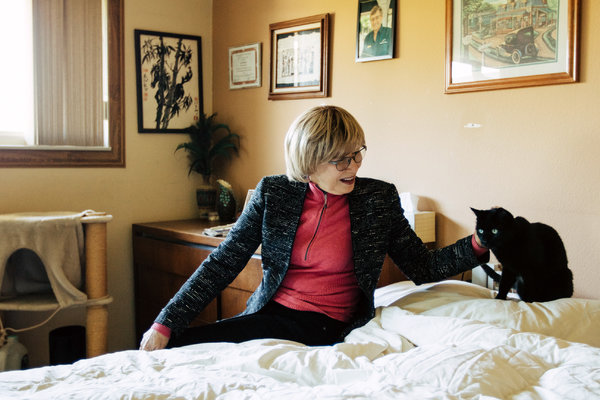