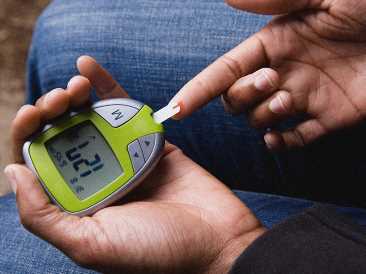 The National Diabetes Statistics Report released by the Centers for Disease Control and Prevention (CDC) this year reveals stark racial disparities in the prevalence and incidence of diabetes across the United States. 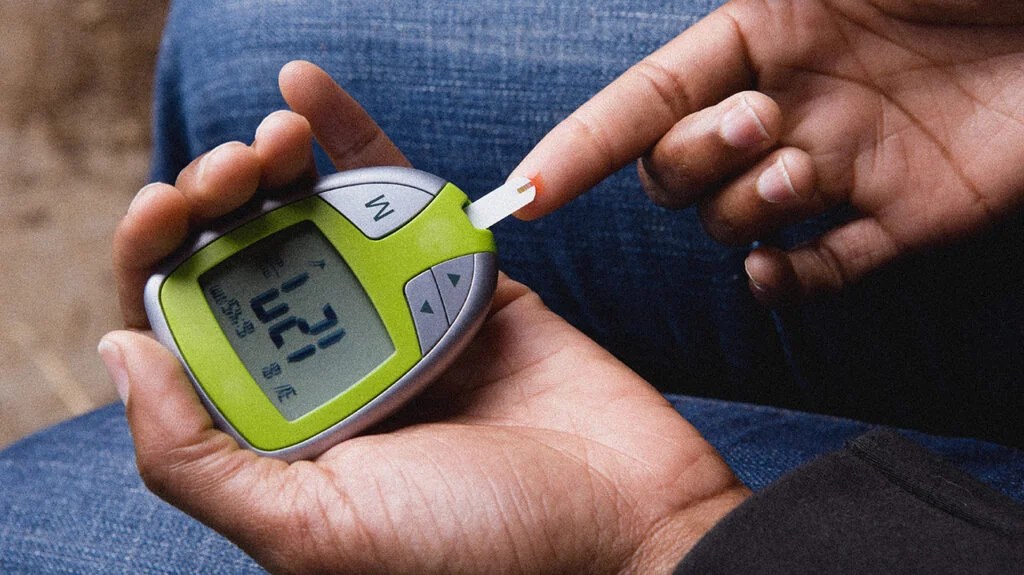 The 2020 National Diabetes Statistics report examines trends in diabetes incidence — that is, new cases of the condition — and prevalence — meaning existing cases of diabetes across the U.S. from 2008–2018.

The report makes no distinction between type 1 and type 2 diabetes, although it is worth noting that approximately 90–95% of adults with diabetes have type 2 diabetes.

Overall, the number of adults newly diagnosed with diabetes decreased in this decade. But, of the new cases, non-Hispanic Black adults and people of Hispanic descent made up the highest proportion.

Of the existing diagnosed cases, diabetes was most prevalent among American Indians/Alaska Natives (AI/AN), according to the report.

In this article, we explore these disparities in further detail, look for possible explanations, and examine the implications for health equity.

Of these, the paper estimates that 26.9 million have a diagnosis of the condition.

The “Prevalence of diagnosed diabetes was highest among American Indians/Alaska Natives (14.7%), people of Hispanic origin (12.5%), and non-Hispanic [Black Americans] (11.7%),” notes the report.

In terms of incidence, or new cases, the latest report recorded 1.5 million new cases of diabetes among U.S. adults in 2018. Of these, non-Hispanic Black adults had an incidence of 8.2 per 1,000 people, while those of Hispanic origin accounted for 9.7 per 1,000.

By comparison, the incidence for non-Hispanic white adults was 5.0 per 1,000 people.

These race-related health disparities are not new. A 2012 editorial by the American Diabetes Association noted that “18.7% of all African Americans ≥ 20 years of age, have diagnosed or undiagnosed diabetes, compared to 7.1% of non-Hispanic white Americans.”

The risk of developing diabetes was “77% higher among African Americans than among non-Hispanic white Americans.”

The authors also quoted an older 2003 report, in which the Institute of Medicine found that “African Americans, Hispanics, and Native Americans experience a 50–100% higher burden of illness and mortality from diabetes than white Americans.”

At the time, nearly 16.1% of AI/AN were living with diabetes, the highest prevalence of the condition of all U.S. racial and ethnic groups.

What are the reasons behind these disparities? Studies point to common risk factors — that tend to be more common among minority ethnic groups in America, particularly among Black Americans — such as abdominal fat, high blood pressure, and having overweight or obesity.

These factors are considered modifiable. This means people can help reduce their effects through dietary changes and lifestyle choices such as exercising and a healthful diet.

However, it is crucial to acknowledge the socioeconomic and systemic barriers that are often in the way of certain groups implementing these changes.

At MNT, we have explored some of these barriers. Residential segregation is one of them, as experts repeatedly tell us.

For example, living in poorer neighborhoods without close access to supermarkets and grocery stores, or living in unsafe or over-policed areas where exercising outdoors can pose a risk to one’s safety are only some of the factors to consider when referring to the “modifiable” risk factors for conditions such as diabetes.

Furthermore, the stress induced by racial discrimination or by living in poor conditions contributes significantly to cardiometabolic risk. As Dr. Donald Warne, president and CEO of American Indian Health Management and Policy, comments, “There is a direct biochemical connection between living in poverty and the stress that people are under and blood sugar control.”

“If you are in an impoverished community and you don’t have healthy choices for food and […] safe places to exercise, you are tremendously disempowered when it comes to a disease like diabetes.”

Harvard University professor David R. Williams echoes the same sentiment, pointing out that the stressors that African Americans and other minority groups are more exposed to may raise blood pressure and have implications for cardiometabolic health.

“Minorities experience higher levels of stress […] and greater clustering of stress,” Prof. Williams says. “In addition to the traditional stressors, minorities experience the stress of racial discrimination that has been shown to have negative effects on physical and mental health.”

So, explaining the higher incidence of diabetes among these groups exclusively through biological risk factors is only telling half the story, ignoring the deeper complexities of how social and cultural factors affect a person’s biology and health.

The importance of early life and maternal health

One of the most comprehensive overviews of racial health disparities in endocrine disorders was published in the Journal of Clinical Endocrinology & Metabolism in 2012, which points to an interplay of clinical and biological factors, health behaviors, and environmental influences.

The paper is a self-titled “Endocrine Society Scientific Statement,” led by Sherita Hill Golden from the Department of Medicine at Johns Hopkins University School of Medicine in Baltimore, MD.

In it, the authors identify several “themes” that may explain the racial disparities in diabetes and other endocrine disorders. Firstly, they note that obesity — more prevalent among Black Americans — and overweight — which is more prevalent among American Indians — is partly responsible for the higher rates of the condition in these groups.

They also mention that physical activity levels are lower among non-Hispanic Black adults and Native Americans, while smoking is more prevalent.

However, the authors also emphasize the importance of environmental influences and early life events for triggering obesity and type 2 diabetes.

“[E]arly life conditions, such as prenatal undernutrition and stress, maternal stress, or maternal obesity during pregnancy, can modify the developmental biology in offspring, leading to a future increased risk of developing obesity and type 2 diabetes,” write Golden and team.

Mothers with overweight and obesity are more likely to give birth to diabetes-predisposed children — this fact, say the authors, may explain higher rates of the condition in Native Americans, for example.

On the other hand, experts also associate lower birth weight with a higher risk of type 2 diabetes, particularly among Black mothers.

The authors say this link may relate to maternal conditions during pregnancy, including:

Maternal hypertension, the authors continue, is also more common in non-Hispanic Black women and can also cause low birth weight.

High levels of maternal stress may cause diabetes in offspring

Researchers state a rise in the stress hormone cortisol can partially explain the link between maternal health and the cardiometabolic health of the offspring.

Excessive cortisol released by the mother can have adverse consequences on the development of the fetus. Intriguingly, these changes are the same as those induced by undernutrition: “Maternal psychological stress and fetal overexposure to cortisol lead to the same metabolic abnormalities as fetal undernutrition,” note the authors.

Therefore, high levels of stress in the mother can lead to children with precursors of diabetes, such as:

The role of genes and acculturation

Dr. Donald Warne — the Associate Dean of Diversity, Equity and Inclusion at the University of North Dakota — notes that, although genetic predisposition is an important factor in diabetes, these genetic components “need to be placed into a larger context of socioeconomics, historical oppression, and a resultant culture of poverty.”

To illustrate his point, Dr. Warne, who is also the Director of the Indians Into Medicine Program at the university, goes on to quote the case of Southwest American Indian tribes, which, at the time that he wrote his article, had some of the highest rates of diabetes not just in the U.S., but in the entire world.

Before 1930, there was only one documented person with diabetes among these tribes. However, during 1930, the construction of dams began on the Salt River and Gila River in Arizona, U.S.

Before these dams, living by the river meant a healthful lifestyle and diet for the American Indians living there.

“Food consisted of corn, beans, squash, fish from the river, and wild game,” explains Dr. Warne. “Farming, hunting, and gathering necessitated increased activity levels. This healthy lifestyle came to an abrupt end with the damming of the rivers, and it was replaced with unhealthy food programs and lower activity levels.”

Dr. Warne is not the only one who believes adapting to the so-called Western diet and lifestyle is key for explaining the higher rates of obesity and implicit diabetes among ethnic minority groups.

Numerous studies confirm the role of “acculturation” in disease development among such groups, and in doing so, further clarify the role that genes play in these conditions.

Specifically, studies have compared U.S.-born adults with their foreign-born counterparts, consistently showing that people from the same ethnic or racial group have better health outside the U.S. than they do in the country. Researchers refer to this within specialized literature as the “healthy immigrant advantage.”

For example, in diabetes, a large study of nearly 48,000 Black adults found that those foreign-born had a “significantly lower reported diabetes prevalence” — 8.94% vs. 11.84% in U.S. born Black adults, and a 25% lower risk of developing diabetes compared with adults born in the U.S.

When the researchers adjusted for BMI, the advantage disappeared completely, meaning that “lower levels of overweight or obesity among the foreign-born compared to the U.S. born” account for the disparities.

Other studies show that for Hispanic-Americans too, acculturation was linked “with a change in lifestyle choices, including poorer nutrition and more tobacco use.”

As Golden and her colleagues write:

“Studies show that acculturation in Hispanic-American immigrants results in an increase in dietary habits that promote obesity, such as a higher consumption of sugar and sugar-sweetened beverages, higher solid fat intake, higher sugar intake, more eating out, and more fast-food consumption.”

Finally, we cannot overestimate the role of unequal access to healthcare experienced by marginalized groups in diabetes outcomes.

A report entitled “Unequal Treatment” — published by the Institute of Medicine and widely considered “the most comprehensive study of racial and ethnic disparities in healthcare in the U.S.” — showed that “racial, ethnic minorities, or both, in the U.S. have less access to preventative care, treatment, and surgery, and as a result, they experience delayed diagnoses and more advanced disease at presentation.”

Golden and colleagues remark that in the decade since its publication, “racial and ethnic disparities in health and healthcare have persisted, especially type 2 diabetes and related complications.”

Prof. Williams and Dr. Lisa A. Cooper, an epidemiologist and professor at the Johns Hopkins University School of Medicine, in Baltimore, MD, draw a similar conclusion:

“Across virtually every type of therapeutic intervention in the U.S., ranging from high technology procedures to the most basic forms of diagnostic and treatment interventions, [Black people] and other minorities receive fewer procedures and poorer quality medical care than [white people].”

Unfortunately, the effects of this unfair distribution of healthcare resources are widespread, and diabetes is merely one of many health outcomes affected by huge inequities.