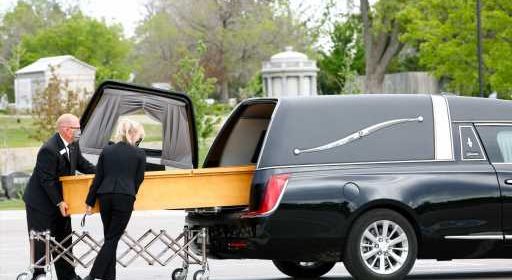 Deaths in Colorado rose again in 2021 over what already was an unusually high level of mortality the prior year, with COVID-19 and drug overdoses driving much of the increase.

The Colorado Department of Public Health and Environment recorded 48,193 deaths in 2021, according to preliminary data provided by the agency. That’s about 1,300 more people dying than in 2020 and 9,600 more than the average for the three years immediately preceding the pandemic — or a roughly 25% increase over the normal level.

While the state’s population has continued to grow — meaning some additional deaths would be expected — that doesn’t fully explain the magnitude of the increase.

Despite some people’s high hopes, conditions didn’t really return to normal in 2021, said Lisa Miller, associate dean for public health practice at the Colorado School of Public Health. The health care system was stressed by multiple COVID-19 surges and dealing with a workforce shortage, some people were unable to get prompt care and families were still facing economic and emotional hardships, she said.

“I was not surprised at all” that deaths rose again, she said. “We were still in the thick of it with a pandemic.”

Deaths from cancer and heart disease appeared to decrease slightly from highs set in 2020, though they remained above their pre-pandemic levels. The data is still preliminary, though, so it’s possible those decreases could shrink or disappear when the state’s 2021 numbers are finalized this summer.

COVID-19 deaths increased, however, despite the ubiquity of vaccines in the second half of 2021. The state health department reported 5,199 deaths listing the virus as the main cause, up from the 4,303 people who died in 2020 after the pandemic began that March.

Last year included the second half of the wave that started in fall 2020 — Colorado’s deadliest to date — as well as the surge driven by the delta variant in fall 2021. Most of the deaths caused by the omicron wave came in January of this year.

The other large driver of increased deaths was drug overdoses. The state’s preliminary data showed 1,757 people died that way, which was about 700 more than in pre-pandemic years. Overdose deaths already were rising before 2020, but the disruption of the pandemic exacerbated that problem, Miller said.

The state health department’s data doesn’t break down the type of drug involved in overdoses, but deadly fentanyl overdoses have been increasing in Colorado. Through the first nine months of 2021, they were up more than 42% from all of 2020.

Suicide deaths edged up after decreasing in 2020, continuing a pattern of annual increases most years since at least 2015. The state reported 1,322 people died by suicide, an increase of 71 from the three-year pre-pandemic average.

Nearly all causes of death were above their pre-pandemic averages in 2021, with the exception of chronic lower respiratory diseases and pneumonia. It’s not entirely clear why the flu season was so mild, though behaviors like wearing masks and limiting face-to-face interactions probably played a role, Miller said.

Alzheimer’s disease also appeared to be below pre-pandemic levels, though the drop was small enough that it may disappear when the final data is released this summer.

It’s not clear if deaths will return to more normal levels in 2022, Miller said. Since the beginning of the pandemic, people who were already vulnerable have been hit disproportionately hard, while those with better health and more resources have been relatively shielded, she said.

“Clearly this didn’t impact all parts of our society the same,” she said.