Colorado’s COVID hospitalizations are on a plateau. What’s next? 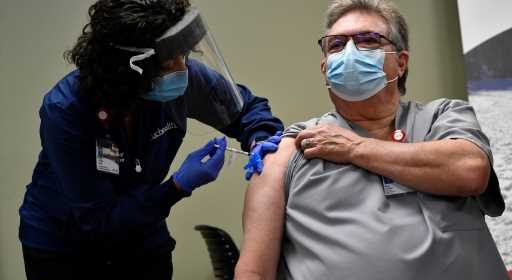 COVID-19 infections remain essentially on a plateau in Colorado, and what they do next will depend on how many people are still susceptible to the latest variants.

As of Tuesday afternoon, 320 people were hospitalized for COVID-19 in the state, which was an increase of only five from the same time last week.

“The good news is hospitalizations are stable,” said Dr. Jon Samet, dean of the Colorado School of Public Health. “The bad news is that they’re not going down like we anticipated.”

About two weeks ago, the state’s modeling team released projections that new infections and hospitalizations would fall in June and early July. So far, hospitalizations remain essentially unchanged, and it’s not clear what’s happening with cases.

The Colorado Department of Public Health and Environment reported 14,347 new cases in the week ending Sunday, which was a drop of about 1,000 from the previous week. Fewer people get tested around holidays and case reports tend to come in later, though, so it’s not clear if that’s a real change or an anomaly because of the Fourth of July weekend.

The rate of tests coming back positive has increased from a seven-day average of about 11.8% a week ago to about 13% on Tuesday. It’s possible that also could be a transient effect, if people who had symptoms were more likely than those without to get tested over a holiday weekend.

Outbreaks fell by 11, to 562 as of Wednesday afternoon. School-based outbreaks continued to go down as old ones were declared over, while clusters in nursing homes and assisted living facilities continued to rise slowly.

What happens next will largely depend on how many people are susceptible to the BA.4 and BA.5 variants, Samet said. The modeling team projected a decrease based on the belief that a significant portion of the population was recently infected and therefore unlikely to get the virus again for a few months. But if the new variants are good enough at evading the immune system, those people may be susceptible again.

“We can go up or down. We’re not going to stay on this plateau forever,” he said.

The Centers for Disease Control and Prevention estimated BA.5 accounted for just over half of infections across the country, meaning it’s likely outcompeting BA.2.12.1 and BA.4. (There is some uncertainty, since the CDC is forecasting based on limited data.) Since BA.5 and BA.4 share the same spike protein — the part of the virus that allows it to enter cells — it’s not clear where BA.5’s advantage is coming from.

As of June 12, BA.2.12.1 was still the dominant variant in Colorado, accounting for about 56% of samples that underwent genetic sequencing. The state numbers have less room for error than the CDC estimates, but they’re also three weeks out of date.

All of the BA variants are members of the omicron family.

Nationwide, cases dipped slightly over the weekend, but hospitalizations continued to increase slowly.

But the numbers are more difficult to interpret than they were a few months ago because so many people are relying on home tests, and very few report the results to their state health departments. The country’s capacity to do the type of test that looks for the virus’ genetic material — the one usually performed at testing sites — is about half of what it was in March, according to The New York Times.

The virus’s trajectory in the country depends so much on the variants’ characteristics because we aren’t doing much to put obstacles in their way, Samet said. Wearing high-quality masks and avoiding crowds are still effective ways to reduce your odds of infection, but most people aren’t taking precautions anymore, he said.

“People are returning to a 2019 way of life,” he said. “We do have circumstances that are conducive to spread of the virus.”

So far, there’s no indication BA.4 and BA.5 are more severe than previous versions of omicron, Samet said. They do appear to be good at evading immunity from prior infection or vaccination, though, and seem to be driving increased cases in some states, he said.

While people who are fully vaccinated and have a booster shot are still getting infected, they’re far less likely to get severely sick or die, Samet said. There’s also some evidence they may be less likely to get long COVID symptoms, though other studies haven’t found a large advantage.