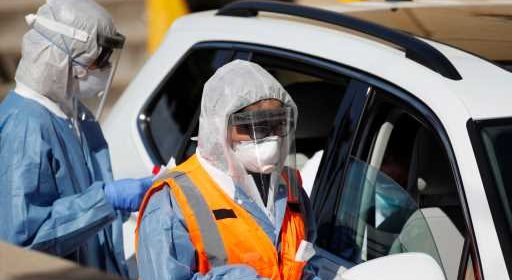 Colorado’s death toll from the novel coronavirus will see a spike this week — not because of any new trajectory of the virus, but because of new information coming to the state’s public health officials.

Starting this week, COVID-19 deaths that previously had not been reported to the state will be entered into the database, which will show a higher number of fatalities related to the global pandemic, the Colorado Department of Public Health and Environment announced Wednesday night in a news release.

State health officials expect the number of COVID-19 deaths to jump by 130 this week, as the new data is entered into the system.

As of Wednesday, Colorado had recorded 508 coronavirus-related deaths.

“This is not because those individuals died this week, but because their deaths have now been recorded in the state system,” health officials note in the news release.

State epidemiologists this week began to review cause-of-death information on death certificates and started entering it into the state database for deaths that previously had not been reported to the state, according to the news release. Officials noted that there is a lag time between when a person dies and when the state receives their death certificate.

The state also will begin showing “probable” COVID-19 deaths on its data website, which will include people who did not have a lab-confirmed positive test result, but their death certificate lists the cause of death as “COVID-19” or equivalent, the public health department said.

Other changes to the state’s data include a current picture of ventilator usage and availability across all Colorado hospitals, as well as the number of hospitalized patients who are suspected  — but not confirmed — of having COVID-19 (people referred to as “patients under investigation”).

Health officials noted that confirmed cases of the new coronavirus also could grow sharply due to widespread targeted testing in specific communities or facilities.

Gov. Jared Polis has called in the National Guard to assist with testing at several large nursing homes, while extensive testing is now being conducted at senior living facilities around the state as officials try to stem the tide of deadly outbreaks among Colorado’s most vulnerable population.