Colorado to receive 1.7 million rapid COVID-19 tests, though their accuracy for screening is uncertain 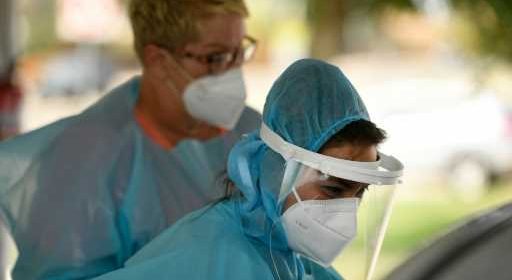 Colorado will receive 1.7 million rapid tests for COVID-19, but it’s not clear how accurate their results are for the screening the state intends to do.

In late October, the White House announced Colorado’s allotment as part of a plan to distribute 150 million of Abbott Laboratories’ BinaxNOW tests to the states. An additional 11 million rapid tests, from various manufacturers, are being shipped to nursing homes.

As more tests arrive, they will be distributed to local health departments, which could use them to screen first responders, and possibly K-12 students and staff, she said.

The rapid tests look for a protein, or antigen, on the surface of the new coronavirus and can return results in as little as 15 minutes. That makes them considerably faster than tests that look for the virus’s genetic material, which can take hours, not counting the time required to transport the samples to a laboratory equipped to test them.

The downside, however, is that rapid antigen tests are more vulnerable to both false negatives and false positives than tests that look for the virus’s genetic material. BinaxNOW also hasn’t been widely studied in people without symptoms, who would likely make up a significant portion of those tested in schools, homeless shelters and juvenile justice facilities.

A different brand of antigen test, Quidel, which is being distributed to nursing homes, correctly identified more than 80% of people with symptoms, but only about one-third of those without. There is disagreement about the importance of that finding, however, because it’s not clear if all of the asymptomatic people were contagious, according to The New York Times.

The Food and Drug Administration has only authorized the tests for people who are in their first seven days of symptoms, but issued guidance in August that they could be used “off-label” for screening asymptomatic people, if it’s not possible to get timely results from a more-accurate test.

“For congregate care settings – like nursing homes or similar settings – repeated use of rapid (point-of-care) testing may be superior for overall infection control compared to less frequent, highly sensitive tests with prolonged turnaround times,” a fact sheet explaining how the tests were to be used said.

The state health department spokeswoman acknowledged the rapid tests may be less reliable in people without symptoms, but said they can still be useful in settings where people are tested frequently.

“These tests are just one more tool in our toolbox,” she said. “As cases increase, these tests can help diversify our testing strategies.”

How to protect healthcare workers from COVID-19
Medications