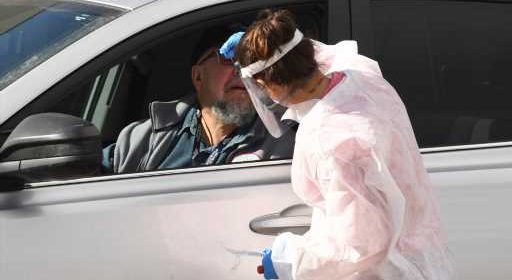 All people working in Colorado nursing homes and other residential health facilities will be tested weekly for the new coronavirus for at least eight weeks, a new effort by the state to try to prevent more outbreaks like those that already have taken an outsized toll.

Testing all employees regularly is an important step toward keeping the virus out of nursing homes, said Doug Farmer, president and CEO of the Colorado Health Care Association and Center for Assisted Living, which represents long-term care facilities.

The plan is to start testing at the state’s largest homes and gradually expand it to the smaller ones, he said.

“I think it will be more meaningful, more useful” than just testing people who have symptoms or a known exposure, he said. “We welcome this mass-testing approach.”

Some residents also will be tested, but only if they’ve left their facility to get medical care, Farmer said. Because of restrictions meant to prevent the virus from spreading, residents aren’t leaving for family events or social outings like they once did. If the virus isn’t circulating in a community, residents who haven’t left aren’t likely to be infected, he said.

More than half of all Coloradans who have died of the new virus lived in some sort of residential health center, such as a nursing home or assisted living facility.

The state is providing $4.2 million to Colorado State University to pay for testing kits and the costs of processing them. CSU will test about 30 small to medium-sized facilities, while the state will handle the other homes, said Dr. Nicole Ehrhart, director of the university’s Columbine Health Systems Center for Healthy Aging. They will train existing staff at the facilities to conduct the tests themselves, she said.

“That kind of minimizes the risk of bringing more outside people into these facilities,” she said.

The repeated rounds of testing will build on a pilot project that tested staff who didn’t have symptoms in five facilities, Ehrhart said. In those five facilities, they found that about 13% of employees without symptoms — 60 out of 454 people tested — had the virus. The pilot project found that identifying asymptomatic staff and asking them to stay home “significantly reduced” the virus’ spread through a facility, she said.

“At first we weren’t sure it would, that if the cat’s out of the bag it’s too late,” she said.

The eight-week project will generate more data that researchers can use to figure out if the current recommended practices for controlling the virus in facilities are effective, and if beginning to reopen the state’s economy is increasing infections among health care workers, Ehrhart said.

About 20,000 people work in Colorado’s 227 nursing homes, caring for about 17,000 residents, according to the American Health Care Association. It estimated testing all residents and employees once could cost about $5.5 million, but that assumes a cost of $150 per test, which is higher than the rates offered at some Denver hospitals.

The state has made several changes to its testing plans for facilities without known outbreaks recently. On May 6, the Colorado Unified Command Center announced it was creating a task force on residential facilities and “rapid response” teams to help facilities that had outbreaks. It also planned to test 1,900 staff members and residents at six homes without any known cases.

About a week later, the Colorado Department of Public Health and Environment said it would modify how it handles testing, following an outbreak at Broomfield Skilled Nursing Facility. The home reported 22 residents and staff members who had tested negative during a testing day on April 22 developed symptoms of COVID-19 over the next two weeks.

There’s no proof the testing day spread the virus, but the state decided to start sending smaller teams to train each facility’s staff about how to collect samples “out of an abundance of caution,” health department spokesman Ian Dickson said. That means fewer outsiders entering each facility, and has the side benefit of allowing the state’s workforce to visit more homes in the same amount of time, he said.

“We plan to continue to do proactive testing at facilities and will coordinate closely with the entities doing the testing to ensure protocols are followed,” Dickson said.