Colorado COVID restrictions to be further relaxed next week 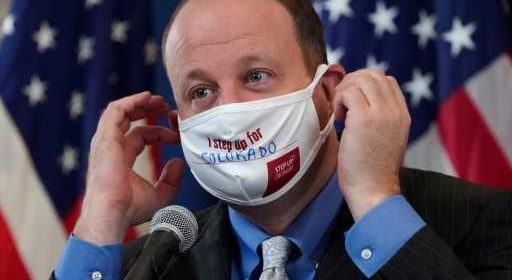 Colorado will further relax COVID-19 health restrictions next week by making it easier for counties to move to the lowest level of the state’s color-coded dial, with plans to turn over more control of public health regulations to local governments by mid-April.

The Colorado Department of Public Health and Environment on Friday evening released the draft plan for what it calls “Dial 3.0,” and asked for public feedback on the proposed changes, which will take effect — with possible modifications — Wednesday.

The main thrust of the new plan: making it easier for counties to reach Level Green, the lowest end of the dial, and removing most restrictions in counties at that stage of the dial, including any limits on dining capacity at restaurants.

It would also lift all statewide limits on the size of personal gatherings, at any level on the dial.

Further changes would allow bars to reopen in Level Blue counties for the first time since last summer, albeit at reduced capacity, and lift all capacity limits on outdoors events in Level Green and Blue counties.

The announcement of further changes to the state’s COVID-19 dial came on the same day the state opened up vaccination eligibility to 2.5 million more people, and as public health officials acknowledge rising numbers of infections by more-contagious coronavirus variants in the state and a plateauing of overall cases and hospitalizations.

“Because of the commitment of all Coloradans, we are where we are now, able to be less restrictive and provide local communities and their public health agencies more control while still protecting the public’s health,” said Jill Hunsaker Ryan, executive director of the state health department, in a statement. “It’s all about a balance. We’ve enacted the restrictions we need to slow the disease while attempting to limit the ramifications of closing down parts of the state and the impacts that come with that.”

Colorado implemented the color-coded dial in September as a way to move the state’s 64 counties to different levels of public health restrictions based on local transmission of the virus and hospitalizations for COVID-19.

The state, however, has changed the metrics on the dial multiple times since then, including adding a new top end — Level Purple — when it appeared that many counties were headed toward another lockdown, and a relaxation of restrictions with the rollout of “Dial 2.0” last month.

Currently, only two counties are at Level Green — Crowley and Otero — and 45 are at Level Blue, the second-lowest level of restrictions. Counties at Level Blue in the metro area include Arapahoe and Jefferson.

The remaining 17 counties are at Level Yellow, the next stage up the dial, and that includes Denver, Adams, Douglas and Boulder counties. Broomfield had moved to Level Blue but earlier this month was bumped back to Level Yellow.

Denver recently approached qualifying for Level Blue before a small uptick in cases set the city back; numbers are trending in that direction again, and it’s possible the city could qualify sometime next week.

Changes under the Dial 3.0 plan include:

State health officials say they’re moving forward with the changes because of the increasing number of Coloradans who’ve been vaccinated against COVID-19.

By the middle of next month, the state health agency plans to move to “a more local model,” which would allow county health departments to take greater control over the types of capacity restrictions that currently are dictated by the dial.

The state health department invites Coloradans to review the Dial 3.0 proposal and submit feedback through an online form. The deadline for feedback is noon Monday. The state will release an updated draft on Tuesday with the changes going into effect Wednesday.